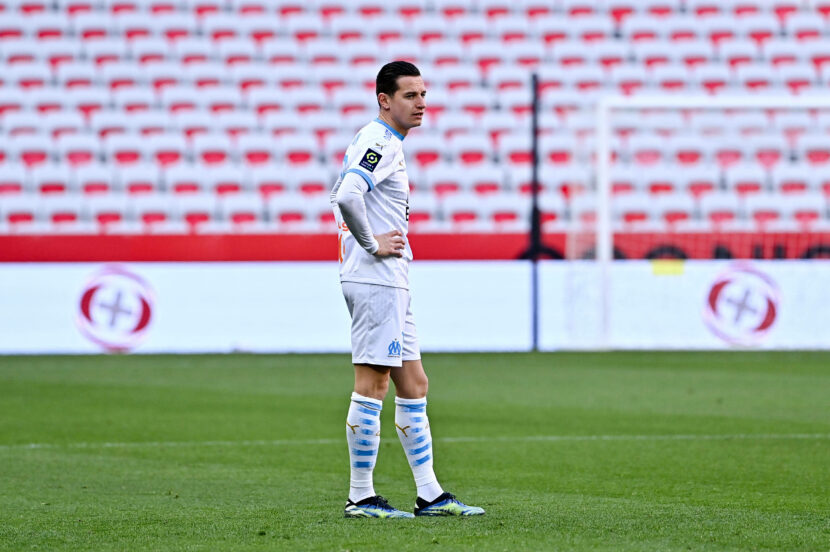 Leicester City have reportedly intensified efforts to sign French winger Florian Thauvin by offering the World Cup winner a contract worth £57,000 a week. The 28-year-old has had an impressive season with Marseille in Ligue Une and is out of contract this summer – meaning that he is available to sign on a pre-contract. Leicester’s reported offer is the latest and most significant step in their long-time interest in Thauvin, as they look to secure his services for the 2021/2022 season.

Thauvin has accrued a substantial contribution of 15 goals created this season (eight scored, seven assisted) in 29 appearances for Marseille, which averages out to one goal created every two matches. He is primarily used as a right-sided winger, a position which Leicester have lacked quality in since the departure of the iconic Riyad Mahrez.

Cengiz Under was meant to fill this gap, but the Turkish international has had an indifferent loan spell at the King Power Stadium, hit by injuries and with few goals or assists to speak of after a promising start. It seems that his stay in the East Midlands will not last any longer than his one-year loan spell – with the Foxes not keen on paying out £20 million to secure his permanent services. Instead, they will look for Florian Thauvin to fill that gap.

Beyond just his position, Thauvin is an especially appealing target for Leicester City due to his contract situation. The Foxes have already revealed that they do not have the same level of spending available as they did in previous years after the coronavirus pandemic saw them end the financial year on a loss. The possibility of obtaining valuable players on a free is particularly lucrative for the club, especially since they have seemingly already set funds aside for the signing of French U21 international and Celtic striker Orsonne Edouard.

With money already spent for the Foxes, bringing Florian Thauvin to the East Midlands would solve many of Brendan Rodgers’ financial problems while also providing invaluable Champions League experience for the team – as they look increasingly likely to be competing amongst Europe’s finest next year.

However, there are concerns that Thauvin could price himself out of a move to the Premier League. He is allegedly demanding a salary in excess of four million euros – Leicester’s current offer of 57,000 pounds-a-week (plus add-ons), converts to around three-and-a-half million euros. It remains to be seen whether this will be sufficient for former-Newcastle player Thauvin, who is also attracting interest from José Mourinho’s Tottenham.

Yet Champions-League hopefuls Leicester will surely be the more attractive option at this point in time, as Spurs’ season beleaguers and the Foxes look to book their place in the top European competition and the FA Cup Final. It is clear that they will need to up their current numbers, but Leicester can build on an already fantastic squad by bringing Thauvin into the fold through a little negotiation in the numbers. With the winger in Rodgers’ arsenal, Leicester will be a fearsome sight next season.