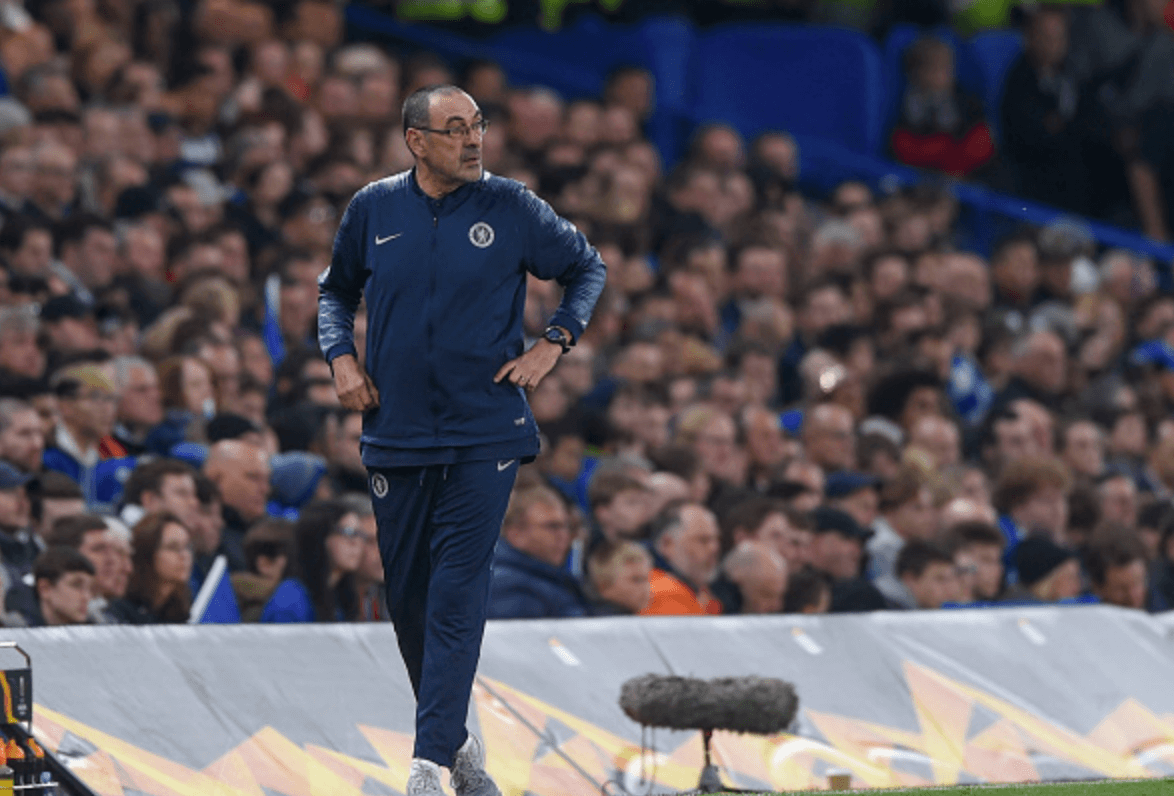 With Chelsea now guaranteed a Champions League spot for next season and Leicester sitting comfortably in mid-table, Saturday’s contest at the King Power Stadium takes on a different dimension of importance for Brendan Rodgers and Maurizio Sarri.

Victory for Leicester would take them into eighth and above Everton, something that would have been simply unimaginable a few years ago. Even despite winning the league in 2016, this should still be considered quite a successful season for the Foxes in the midst of tragic events and managerial changes.

Jamie Vardy has come into some fantastic form under Brendan Rodgers, scoring nine in nine, but the chances of the 32-year-old winning this year’s Golden Boot have more or less gone. He sits four behind Salah who has 22, and barring an incredible showing this week the Englishman’s chances of winning the coveted goalscoring prize seem to have faded.

Chelsea meanwhile will be riding high after their dramatic penalty shootout victory over Eintracht Frankfurt on Thursday night that has taken them into the Europa League final. That game could well also have been Eden Hazard’s last at Stamford Bridge, so it’s fitting that he was the one to score the winning penalty.

That will be a factor in this game, but with Champions League qualification secured this game has no real serious connotations for Chelsea. They will want to finish above Tottenham that’s for sure, but this game may well be used to play some young blood. Although having said that, based on Sarri’s track record, it may well not prove to be the case.

Since Brendan Rodgers’ switch to a 4-1-4-1 Leicester, and Jamie Vardy, have been in very good form. Vardy has been enjoying the freedom and the increase in the number of players running off him that has led to him scoring a goal every 89.2 minutes.

As for injuries, Leicester have more or less a fully fit squad to pick from. Maddison and Albrighton will be starting on the flanks, as the Foxes aim to secure an 8th place finish following their flurry of promising form under Rodgers.

Tielemans and Choudhury will provide the creative spark with Ndidi behind them protecting the defence. Belgian Tielemans, 22, may well be playing his last game for the club, having been in fantastic form since his January arrival but, in the process, stoking the transfer-fuelled fire of potential suitors.

He would unquestionably command a sizeable transfer fee and the Foxes will be keen to ensure their name remains in the mix for potential buyers for the talented midfielder.

Chelsea have a few players on the sidelines, with Hudson-Odoi, Ngolo Kante and Antonio Rudiger all ruled out for the contest against Leicester. Sarri may well also choose to rest quite a few players having played 120 minutes and penalties on Thursday. However, it was at home so the players will have had a chance to rest and recuperate.

Sarri could potentially opt for youth and inexperience in this dead-rubber fixture, however, given the Italian’s track-record with blooding young players into the fold at Stamford Bridge, it does not seem likely.

Loftus-Cheek started and scored in midweek but there remain questions about his fitness, however with Kante out it would seem that both him and Barkley would start with Jorginho sandwiched between them.

In attack, Eden Hazard will undoubtedly start as this may well be his last Premier League appearance for the club, so the travelling fans will want to give him a good send off.

Higuain too will be making his last Premier League appearance for Chelsea before he heads back to Italy after his loan spell finishes. That leaves the right-wing spot to be fought for between Willian and Pedro. The Spaniard has been favoured recently so he may well get the nod.

Chelsea are coming off the back of their European exploits in mid-week and I don’t think they will win this. Leicester have traditionally been a bit of a bogey team for Chelsea and with Vardy in his current form, I think they will sneak this one.