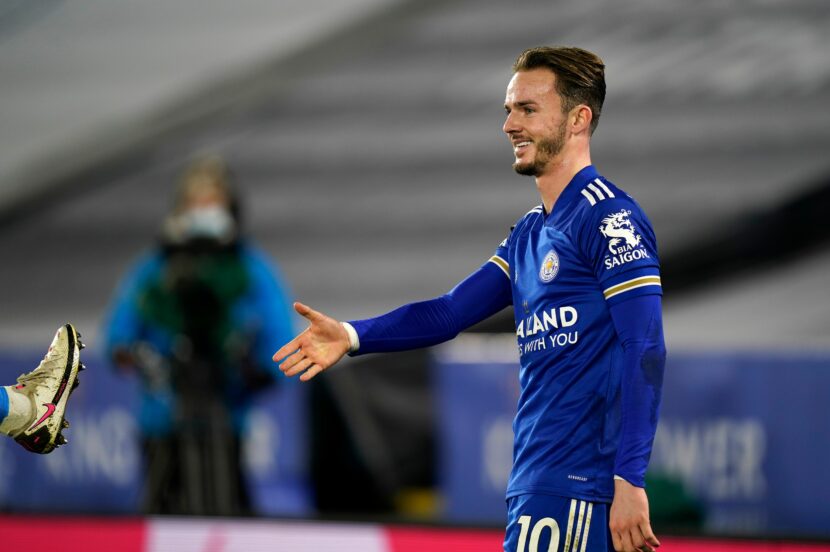 Tuesday night will be home to what can only be described as a titanic clash when title-challenging Leicester City host potential challengers Chelsea at the King Power Stadium.

Leicester are well worthy of their title-challenging credentials, now with more points and wins than Liverpool with Chelsea seeming to be simply followers in the title race, six points down on the Foxes. Will Chelsea bring Leicester down a peg from their top-four form, or will Leicester see off the contest from a Blues team who either haven’t got going – or aren’t worthy of a Champions League place.

The Foxes just won’t back down

Leicester’s slump at the end of last season was described by many as the reversion to the norm, as the Foxes falling back into the natural order of things. When the 20/21 season came around pundit and journalist predictions had them down in seventh, or eighth, below teams they had comfortably outperformed last season despite their poor form at the end. Arsenal, Chelsea, Tottenham and Everton were all touted as those who would displace Leicester at the top of the league. But while all of these teams have fallen away, Leicester remain at the top. And they look comfortable there.

Leicester’s win against Southampton on Saturday night marked what I personally see as a massive landmark for the Foxes for a few reasons. The first being that they have started to turn around their poor home form in the league. Leicester have won only four of their nine home games (and lost four), but have won seven of their nine home games. A great home record will be necessary for Leicester if they wish to maintain their title challenge, and they have started to make that with this win and the previous draw to Man United.

The second, and more important one, is that Leicester played like the “big” team. The Foxes are prone to utilising an underdog-esque feeling to give themselves energy and motivation, and this is most evident in their fantastic away form. But this has been a detriment to the home form – until now. Against Southampton, Leicester played and acted like a “big” team. They didn’t need to play fantastically to win against a great team, and all they needed was a moment of quality from James Maddison, in great form, to see the game out until Harvey Barnes’ 95th-minute goal to seal the win.

With their home form on the mend, and the side pulling out performances suitable for the teams around them, the Foxes look to be an integral part of this years’ title race. A win against Chelsea, who they were happy to sell a player to and still perform better than, would all but seal that they’re here to stay in the top four.

Chelsea’s win against Fulham on Saturday evening was in contrast to Leicester’s. The Blues struggled in the first half against a determined Fulham side and were lucky that the Cottagers received a red card at the end of the first half. Even so, it took them half an hour to break down 10-man Fulham and they could never capitalise on Mason Mount’s fine goal. Timo Werner’s one-on-one miss was a particular sour cherry for Chelsea fans. A win is a win, but it was hardly a comfortable one.

The Blues had not won any of their previous three prior to the visit to Fulham, with losses to Arsenal and Manchester City plagued by inefficiency and apathetic performances, and part of a run of form that stretches as far back as their 1-0 loss to Everton. Their performance at Craven Cottage was similar to these and they looked incapable of making the chances count.

After the City game, Lampard said that his team were going through a “period of pain” with their rebuild – and that sides like Liverpool and Manchester City had gone through similar periods in their rise to recent success. Lampard is an intelligent manager and will know how to amend these painful blots of form, but with the quality of players he has he will surely be wondering whether there may be something missing that is inhibiting from making his players click. Chelsea have fixed some problems with player acquisition, but not issues can be smothered by money. These kinds of performances are exactly that – and something Chelsea will need to change. If not, they risk being made fools of by a very competent Leicester side.

Despite apparent problems for Jamie Vardy and Wesley Fofana during the Saints game, Brendan Rodgers announced that he has a practically fully-fit squad for Tuesday. Only Dennis Praet, out with a long-term hamstring injury, is a definitive miss, but Nampalys Mendy is also a doubt after a slight neck issue. The two players in question earlier will be fit to play.

Former fox N’golo Kanté is a slight doubt for Chelsea but may be fit enough to play in the game against his former club. Chelsea have no other injury issues, so Lampard has free reign over who he picks.

Chelsea are the “bigger” team, but right now Leicester are the better team. After a confident win over the Saints, and Chelsea’s questionable victory at Craven Cottage, there is one team clearly in form and I expect Leicester to capitalise on it for a win that would solidify their title challenge.