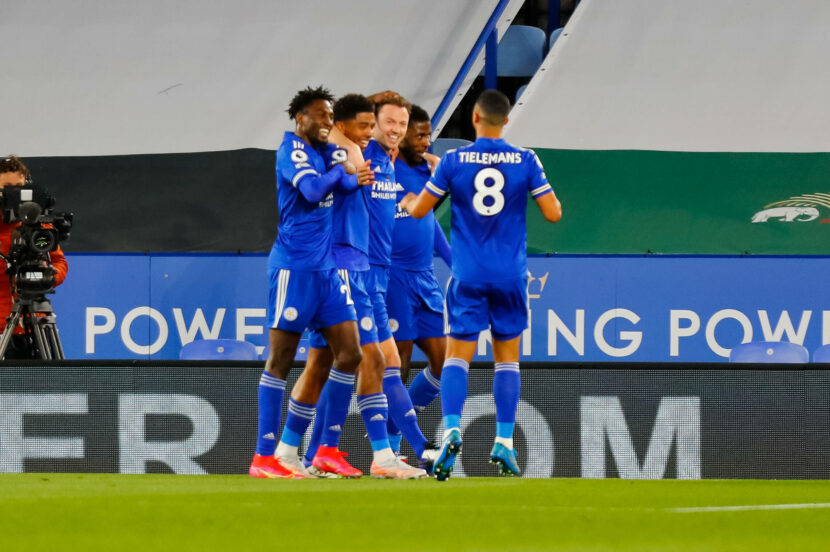 Monday night is host to Premier League football for a second week in a row, as Leicester City host a lower-half team in the space of five days with their fixture against Crystal Palace. Palace themselves have had an extended break from football, with their previous game – a 4-1 loss to Chelsea – being played just over two weeks ago.

Palace will have the advantage of freshness over the Foxes, but that might be the only thing that they can count on their side as Leicester look in fine shape after easily dispatching West Bromwich Albion despite a performance that manager Brendan Rodgers was not fully satisfied with. Yet a hotly contested reverse fixture suggests that this game has the potential to be closer than anyone is anticipating.

The 3-0 scoreline for the Foxes’ win over West Brom gives the impression that Leicester were in sparkling, irresistible form – but, during the game, Brendan Rodgers looked as if he was on the opposite end of the scoreline. Growing angry on the touchline, shouting at players, and even kicking water battles over, Rodgers did not seem content in the slightest.

In his post-match interview, Rodgers told reporters that he “wasn’t happy at all” with his side’s first-half performance, decrying the accuracy of their passing and only going as far to say that he was only really happy with the three points and that they can be much better. This attitude is telling, and it is indicative that Leicester are refusing to fall back into the kind of slump that plagued them last season.

Already, the results of the changes they have made to avoid this are evident. When comparing Leicester’s points chart to last season, it is clear to see that the Foxes have been much more consistent this term than they were on the last: when good form early in the season collapsed and their points-per-game continually decreased. In contrast, Leicester have been much more solid and predictable in their points won. The linear line for this season has Leicester ending on above 70 points – an amount which should easily see them claim the Champions League place they frankly deserve.

Fixture-wise, the Foxes are also in solid standing. Their six games left can be split into games that are easily achievable wins and tougher contests, and they come in that order. First come Palace, Southampton, and Newcastle. If Leicester took nine points from these fixtures they would end on 68 points with three fixtures remaining, and by that point, they could easily be safe.

If they failed to take those wins, the Foxes would still have a chance – but it would be much, much harder. With Manchester United, Chelsea and Spurs as their final three games, Leicester would need to be at their best to win these games and secure a spot in the top four. All routes remain open to the Foxes, and they seem determined to take what they could not in 2020.

Palace risk a poor finish with little to play for

Roy Hodgson’s side quickly collapsed to a 4-1 defeat in their last outing, letting Chelsea control by conceding three goals in the first half an hour. It was an embarrassing and discouraging defeat, wholly representative of Palace’s place in the table and the fixtures and opportunities that remain open to them.

In thirteenth place, and thirty-eight points, Palace face a dull end to the season. With survival in the Premier League pretty much assured, and little chance of finding a place in the top ten or climbing much higher than the spot they have landed in, the latter end of the season seems like it could be a boring, unattractive affair at Selhurst Park. It was much the same for the Eagles last year when they ended in fourteenth with four losses and a draw from their final five games. Roy must find a way to avoid falling into these kinds of slumps, or the end of the season might just become a painful place for Palace. He must find some motivation for his side: and perhaps Leicester are this motivation.

The fixtures between these two sides have been tumultuous in the past few years, especially at the King Power Stadium, with results varying between a 1-4 win to Palace in 2019 and a 3-0 win for the Foxes in 2020. They have already proved they can go toe-to-toe with Leicester this season, drawing at home with them in December and with a history of being able to compete away in the East Midlands, this game could just be the staging post Palace need if they want to avoid a drop-off. They will come into Monday after two weeks’ break, ready and raring for a contest.

Ricardo Pereira overcame a calf tightness to find a way into Leicester’s squad on Thursday, but the fact that he did not play at all means he is likely to regain a place in the starting XI on Monday replacing Luke Thomas. Other than that, Leicester will likely play the same team and are suffering the same injuries – with Harvey Barnes still expected to return for the final few games of the season.

Little is known about Palace’s injury news but Gary Cahill will likely recover from his knock to feature on Monday evening. Jeffrey Schlupp, Mamadou Sakho and James Tomkins are also available after their respective recoveries, but James MacArthur, Connor Wickham and Nathan Ferguson still remain out.

Leicester have the Champions League in their sights and, with the winds of confidence at their back, they seem like they will stop at nothing to get it. Palace may, indeed, put up a fight – but I cannot see it being enough to overcome the Foxes.