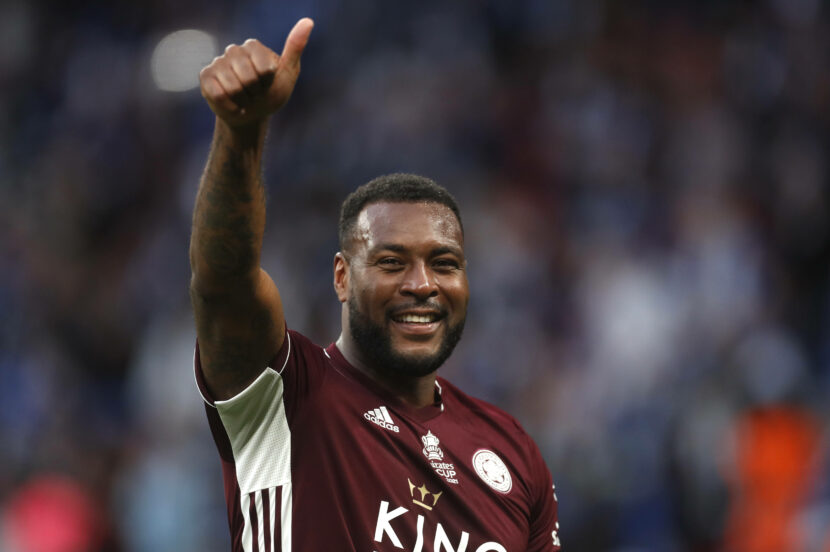 The Premier League reaches its dramatic conclusion on Sunday afternoon with ten fantastic matches – but this might be the most important of all. Leicester City play at home with fans for the first time in over a year, and they play a limp Tottenham Hotspur side. The Foxes are seeking to overturn their recent woes and find a result that could, with a decent portion of fortune, push them back up into the Champions League places. This, notably, will also be Wes Morgan’s final game for the club as he announced his retirement on Friday.

Leicester’s midweek defeat at Chelsea saw them fall out of the top four for the first time in the season and deal a horrid, potentially fatal blow, to their hopes of finishing in the top four. The fact that they only needed a single point to be able to come into this final match with their fate in their own hands is telling of a harsh truth: that they don’t deserve the spot. Regardless of that fact, the club will not feel as hard done by as they did last year, especially since they picked up a nice bit of silverware which does a great job of highlighting their development.

But it is not over yet: Brendan Rodgers and Leicester fans alike win still believe that they can pip either Chelsea or Liverpool to the post. If Leicester win, and either of those two teams drop any points, they will leap-frog them and finish in the top four. It is not an impossible outcome by any means, although neither of their competitors are facing particularly tricky opponents (Aston Villa and Crystal Palace). It is crucial to remember, though, that nothing is ever certain in the Premier League.

Spurs, on the other hand, still have something to play for too. While they are currently in seventh, occupying the European conference league spot, a victory over Leicester and a simultaneous defeat for West Ham would push them up a tier into the Europa League. But they have looked inconsistent under Ryan Mason, with their home defeat to Aston Villa in the week a particularly tough pill for fans to swallow on their return to their new stadium.

While they will obviously want to end the season on a high note, this up-and-down form, combined with the swirling rumours/confirmation over Harry Kane’s imminent departure from the club, might prove to be too much for Spurs to handle: especially when coming up against a Leicester City side who will do whatever it takes to keep themselves in the top-four race.

The reverse fixture in London was won convincingly by Leicester, who sunk Spurs with a Vardy penalty and a Toby Alderweireld own goal on either side of half-time. Leicester also won their home fixture Spurs last year – although a similar fixture between the two sides late last year did end in a convincing Tottenham victory. Harry Kane might want to leave fans with good memories, and the fact that he has scored against Leicester more than any other team could bode well for his ability to do so. But Leicester’s record against the top six this year is pretty stellar, and they will be hungry for victory.

First, expect to see Wes Morgan come off the bench for the Foxes later in the match, as the defender announced on Friday that he would be retiring at the end of the season – making this the final opportunity to play for the club he miraculously won the title with.

Brendan Rodgers confirmed, before Leicester’s game against Chelsea, that Johnny Evans would not be available for the visit of Tottenham – and it also seems unlikely that Cengiz Under will get a final run-out in the blue strip as his loan spell comes to an end. Kelechi Iheanacho was not granted a start in the week, and the Foxes sorely missed him, so expect Rodgers to bring him back in and revert to a back three. Ricardo Pereira looked good as a substitute in the week, so it is possible he will start over Marc Albrighton but, conversely, James Maddison’s lacklustre performance means it is likely he will start on the bench.

The injury Japhet Tanganga suffered against Aston Villa is serious enough that he will not be able to feature against Leicester, so Serge Aurier will likely deputise for the youngster. Steven Bergwjin was convincing against Villa, so expect him to start over Gareth Bale again, but other than that Ryan Mason is likely to pick the same players he has trusted recently such as Kane, Alli, and Lo Celso.

Leicester have more to play for, and I think they will want to end on a higher note than Tuesday. Tottenham were susceptible to Aston Villa’s press, and Leicester press even better, so I can see them getting some joy against Spurs – especially through Kelechi Iheanacho. But whether or not the win will be enough for them to secure top is another story: one too close for me to offer a prediction.