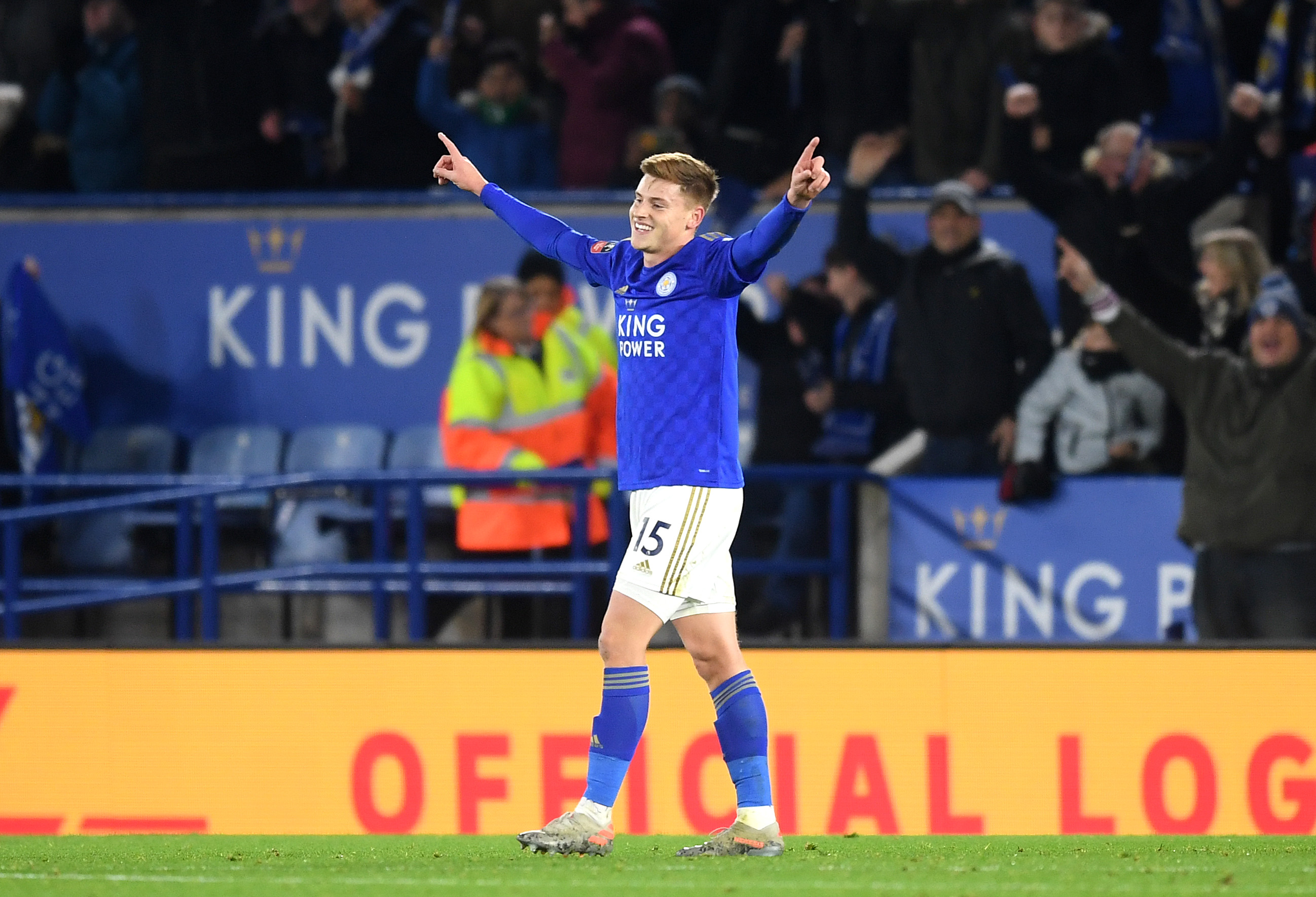 Harvey Barnes was on the scoresheet at the weekend as he helped his Leicester City side brush past Wigan Athletic to book their place in the FA Cup fourth round.

Yet the youngster’s strike was only his second goal of this season’s campaign and despite providing five assists for his teammates, his goalscoring abilities must improve to assist Brendan Rodger’s side in their European quest.

The 22-year-old was recalled from his loan spell with Championship side West Bromwich Albion last January due to the exceptional form he displayed whilst at the Hawthorns. He managed nine goals in 26 appearances whilst assisting six yet struggled to mirror this back at the King Power as he only managed one goal in 16 Premier League games upon his return.

Jamie Vardy has managed 17 of Leicester’s 46 Premier League goals this campaign with Barnes only managing one from 19 appearances – the same number as Leicester’s centre-back pairing of Jonny Evans and Caglar Soyuncu and fewer than Wilfred Ndidi and right-back Ricardo Periera.

This season, Barnes has often played on the left side of a three-man attack for Rodger’s side and his stats to date are not particularly impressive for a side second in the league with one of the most deadliest attacks in the division. His shots per game average 1.7 per 90 minutes which needs to come closer to the 3.4 he managed whilst on-loan at West Brom if he is to continue his spell in the side.

Ayoze Perez, who often plays on the opposite wing from Barnes, has registered five Premier League goals this campaign and if Barnes does not improve his goalscoring return he risks being dropped from the starting XI – potentially to be replaced by Demari Gray or Marc Albrighton.

Barnes was recalled to the starting XI for Leicester’s third-round match with Wigan after missing out against West Ham and Newcastle. The former fixture saw Barnes manage only seven minutes after being introduced for Demari Gray yet he was an unused substitute against the Magpies. He has started 13 of Leicester’s 21 league games this campaign but could find himself out of favour during the second half of the campaign if he does not discover his goalscoring form sooner rather than later.