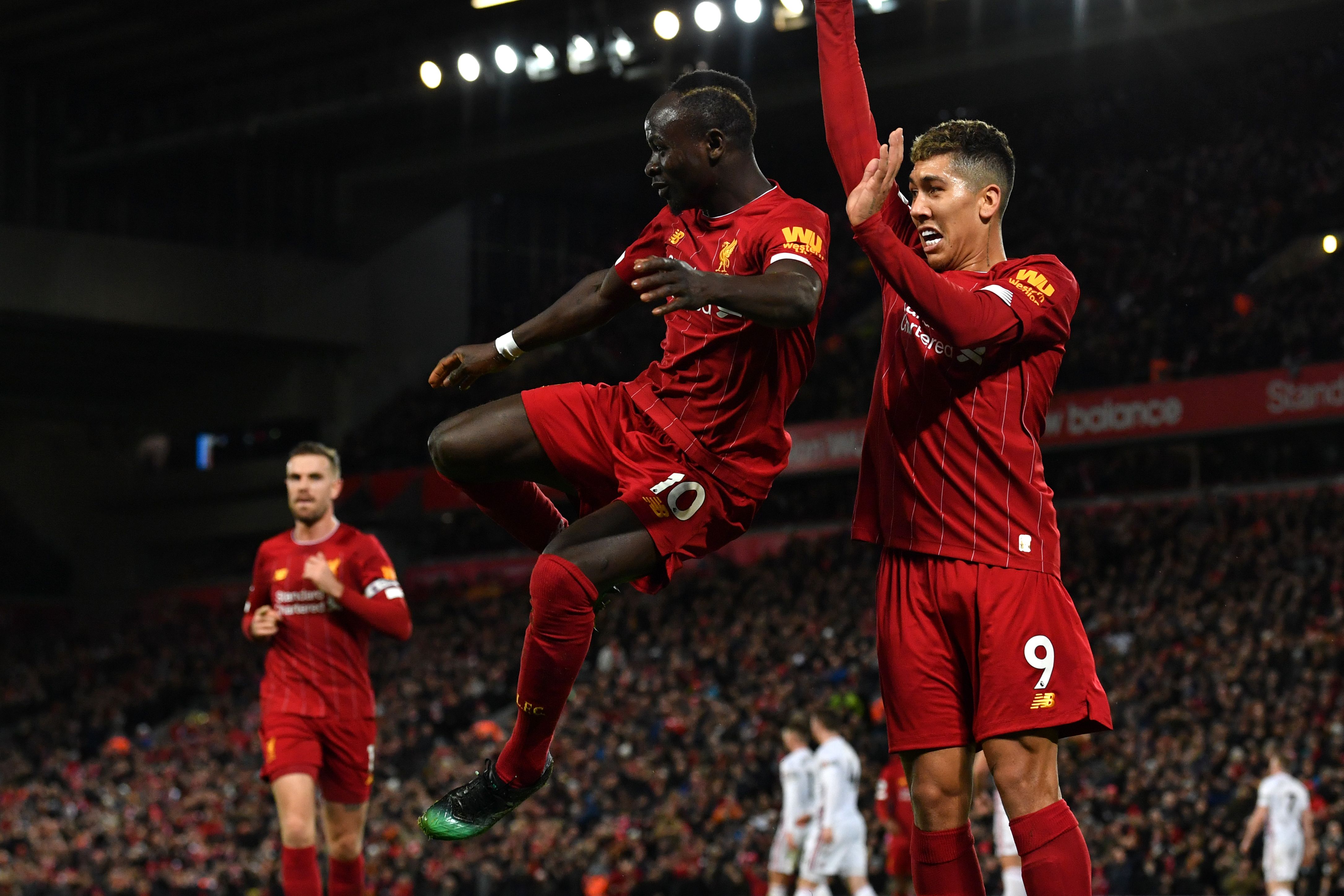 Liverpool cruised past Sheffield United on Thursday night to go a whole year unbeaten in the Premier League.

It was routine stuff inside Anfield on Thursday evening and the Reds got off to a rapid start after just four minutes had been played as Mohamed Salah broke the deadlock with a deft finish following an inch-perfect cross from Andy Robertson.

The Egyptian talisman almost doubled the lead with a fantastic first-time effort from the edge of the box although his shot was canceled out by an outstanding save from Dean Henderson. The Reds put in a vintage first-half display and were creating chances out of nothing; Gini Wijnaldum and Salah had chances to extend the lead, but both went wasted and the Blades were only one behind at the break.

The second half started much like the first. Roberto Firmino cut in the from the left and curled his effort wide before Salah hit the post after catching out Henderson with a floated cross – Liverpool were firmly on top. Mane eventually doubled the hosts lead after a one-two with Salah which ended with the Senegalese winger smashing in the rebound at the second time of asking to secure all three points for the Reds.

A year unbeaten in the Premier League for Liverpool

It’s been a remarkable year for Liverpool and Thursday demonstrated just why they are Club World Champions and why they haven’t lost a game in the league for a whole calendar year. The Reds have played 37 games without defeat, picking up 101 points in that time with their last stumble coming in a 2-1 defeat to Manchester City on the 3rd of January 2019.

Thursday’s victory gives Jurgen Klopp’s side the accolade of becoming the third Premier League team to manage a year without losing as they join Arsenal (2003-04) and Chelsea (2004-05).

It’s made even more impressive when you factor in that Liverpool won the Champions League in this run, meaning they had a chaotic fixture list to manage as well.

Despite this unbeaten run, Liverpool failed to win a single domestic trophy in 2019. Their success has come in international tournaments, becoming the first English side to hold the Champions League, UEFA Super Cup and FIFA Club World Cup at any one time.

It’s two losses from two now for United – who were unbeaten away from home until last week’s game against Manchester City. It’s no surprise that the Blades are beginning to drop points, two games against respectively the best clubs in England seems to have taken the spring out of their step after a busy Christmas fixture list.

Interestingly, Sheffield United have lost all six of their Premier League matches against sides starting the day top of the table, including both games against Liverpool this campaign. The Blades deserve much credit for the first half of their league campaign as they sit eighth in the table, just two points off fifth.

It would now take a series of drastic unprecedented results to deny Liverpool a first top-flight title in 30 years. The Reds next two games could further decide the league title though with a tricky away trip to Mourinho’s Tottenham Hotspur, followed by a visit from Manchester United which could throw a spanner in the works. Both sides will be keen to hinder the Red’s progress, but both Manchester United and Spurs will have to be at their very best if they are to interfere with the Reds rampant run.

But everything is starting to lean towards Liverpool this year. Since their last league defeat, Klopp’s men have won 32 of their 37 matches at a rate of 2.73 points per game. When Manchester City set a record total of 100 points in 2017-18, they did so at a rate of 2.63 points per game. So it would now be almost an upset if the Reds were to squander the league.

They now have a healthy lead of 13 points over second-placed Leicester City at the top of the Premier League with a game in hand, but fans may remain cautious due to last season’s ending. Last season they became the only team to go into the new year seven points clear and not win the title. But it does seem highly unlikely that Klopp’s Liverpool will give City even a sniff at the league title, but there always remains a possibility in the Premier League.

Henderson pivotal for the reds

One of Liverpool’s players who has stepped up during the festive period is captain Jordan Henderson, who was superb against Sheffield United. Not only were the Englishman’s efforts noticed on Thursday, but over the last few weeks the skipper hasn’t failed to impress; controlling and running the game in midfield.

Salah scored and assisted one on Thursday night, but it was Henderson who took the Man of the Match award. His strength, tackling and range of passing kept United penned back in midfield, not allowing them to ever really get into their stride.

When asked about Henderson, Jurgen Klopp said: “he is exceptional and outstanding. Gio and Hendo are incredible…I can’t help if you don’t see Hendo’s quality. Is he the perfect footballer? No. Is any player? No. Is he unbelievably important to us? Yes.”

Liverpool’s testing January starts with a trip to Everton in the FA Cup on Sunday, before they face Mourinho’s Tottenham in the league the following Saturday. Sheffield United entertain AFC Fylde in the Cup before they welcome David Moyes and West Ham to Bramall Lane on Friday, 10 January.