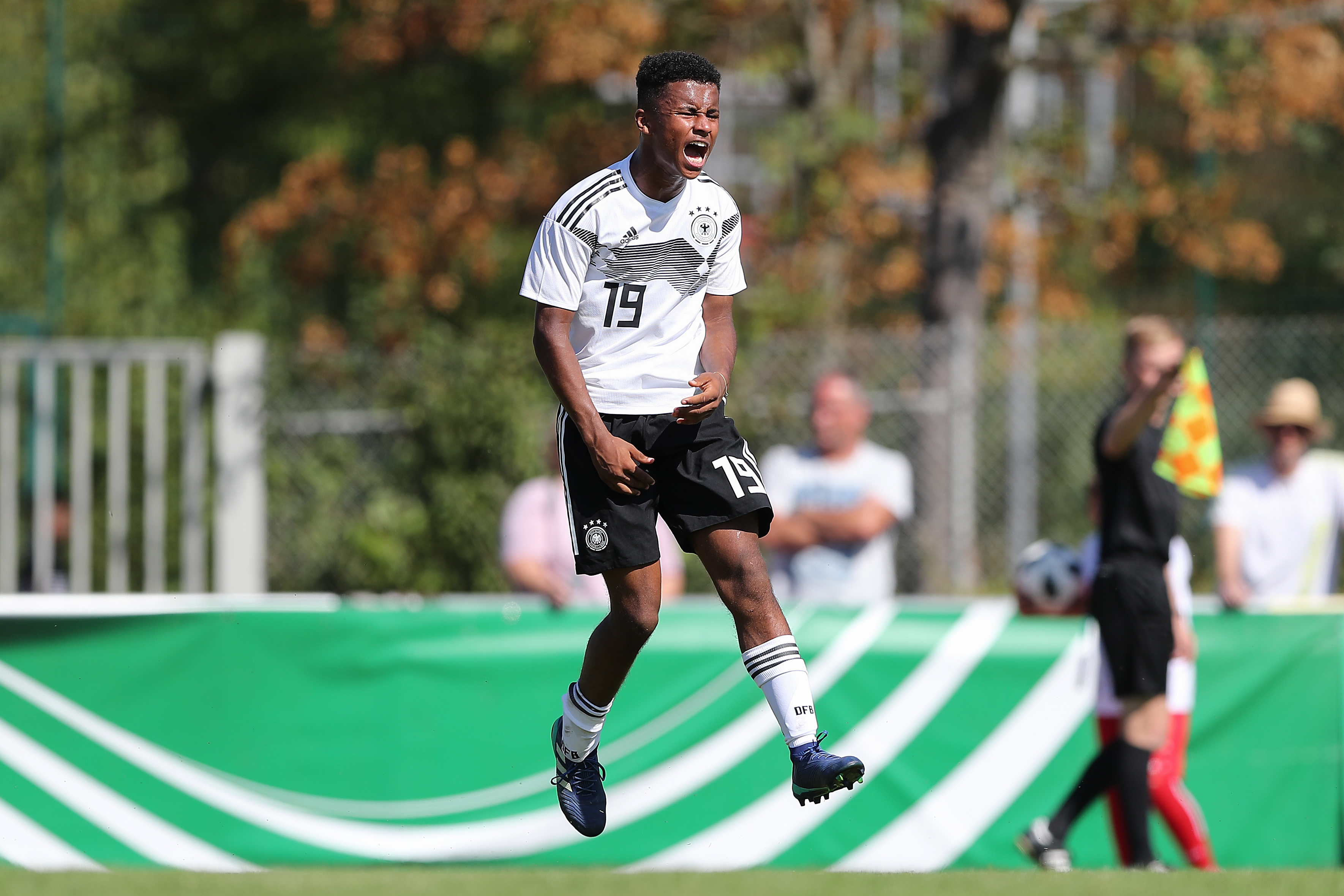 Liverpool and Arsenal are interested in signing Karim Adeyemi from RB Salzburg, according to reports from Sport, with the Austrian club demanding a fee in excess of £15m.

Adeyemi, 17, is currently on loan at FC Liefering in the Austrian second division, having been there since 2018. He is being linked with a number of suiters including Barcelona and Borussia Dortmund. Just a teenager, Adeyemi has excellent potential, but at this stage, he would almost certainly be put into the youth sides of each club as opposed to the senior squad.

The striker is eligible to represent either Germany or Nigeria at international level, and he currently plays for the German U17’s having scored three goals in seven appearances. Adeyemi began his youth career with the Bayern Munich youth academy, but he was allowed to leave for SpVgg Unterhaching to their youth side; a third-tier club from Munich.

A former Bayern Munich and 1860 Munich midfielder, Manfred Schwabl said to Goal, “from a sporting perspective, it was completely clear that he could become a professional. The only thing that could ruin the career of the boy was if he got injured or if we personally got something wrong.” For the U19’s he played seven games scoring once before earning a transfer to Austrian side RB Salzburg, but he was immediately sent out on a season-long loan to FC Liefering.

With the Austrian second division side, Adeyemi has excelled. In his first season, the German striker played 20 games, making 17 starts. After getting plenty of first-team action, the teenager netted six goals. His promising spell in Austria prompted the second division side to keep hold of the prospect, and he has developed into a reliable forward for them, making 13 starts and scoring eight goals to propel his team to tenth in the league table. His loan is set to end at the beginning of July when he will become an RB Salzburg player again.

If Adeyemi was to move, as Sport suggests, the player would be one for the future, with his ability at the elite level being currently unknown. The German starlet would almost certainly be joining the youth or under 23 sides of any of Liverpool, Arsenal, Barcelona and Borussia Dortmund. Patrick Kluivert, the Barcelona academy director, is reported to have taken a particular shining to the youngster.

His incredible talent at youth level is evidently well known by a number of clubs. Still, with Erling Braut Haaland impressing in the Champions League and domestically, along with being linked to multiple clubs across Europe, Salzburg may be keen to use Adeyemi as his successor.

At £15m, all of the clubs reportedly interested in Adeyemi may see him as a bargain now and could try to swoop for the German teenager in an attempt to avoid paying a vastly inflated fee for the striker in the future. That in itself, though, could cause a bidding war and see him be sold for more than his market value.

A move to a side like Borussia Dortmund may particularly suit the player as he is still maturing, and it would mean he could move back to his native Germany. While if he were to travel abroad, Liverpool would be the next best destination as he could be coached by his fellow countryman Jurgen Klopp who may be more sympathetic of the cultural change.