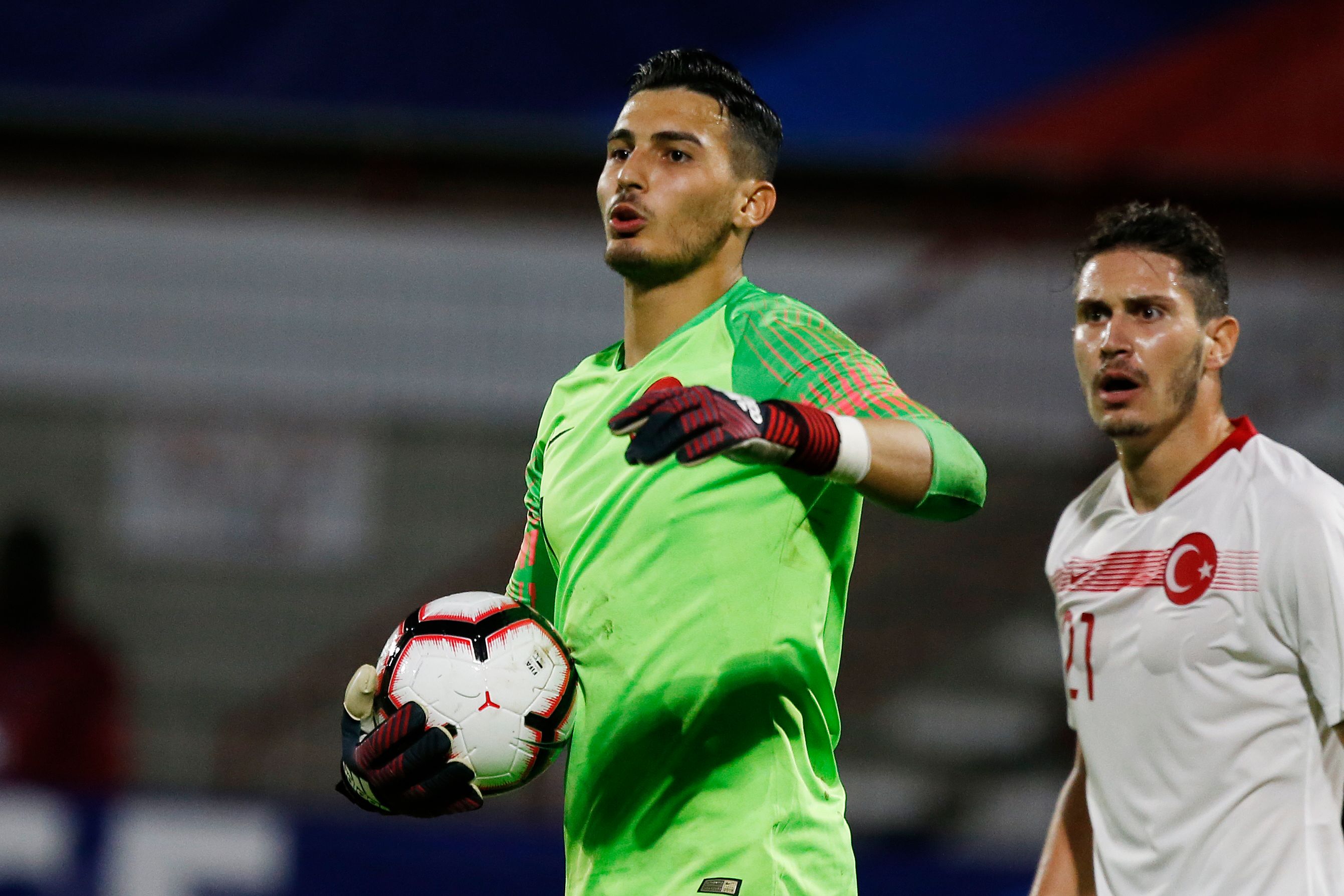 Liverpool are interested in signing Ugurcan Cakir from Turkish side Trabzonspor, according to reports from the Turkish newspaper Star (via The Mirror), with the goalkeeper valued at a minimum of £18m.

Cakir, 23, has been with the Black Sea Storm since 2014, but were he to arrive at the Premier League side he would likely be back up to Alisson Becker, with more long-term potential than current number two Adrian.

The Trabzonspor goalkeeper came up through the youth set-up at the six-time Turkish champions, making his debut in 2015, at age 19, before going out on loan to the side’s feeder club 1461 Trabzon in 2016. There at the satellite club, he made eight appearances, before making his way back to the parent side.

In 2018 the goalkeeper got his real breakthrough after the first-choice keeper Esteban Alvarado sustained an injury that saw Cakir get a sustained run in the starting eleven since last year he has not looked back.

His five clean sheets in 20 appearances last season helped Trabzonspor to qualify for European competition after a fourth-place finish. The goalkeeper played every one of their Europa League qualifiers during the summer as the Black Sea Storm qualified for the Europa League group stage for the first time since 2014.

It has been reported twice now that Cekir has been watched by Liverpool scouts, including one game against Istambul side Fenerbahce, where he made eight saves to earn Trabzonspor a 1-1 draw, which according to reports “impressed” the Liverpool scouts in attendance. Other newspapers credited the goalkeeper with “saving the match” and “catching the eye with his saves”.

In total the 23-year-old has made 53 matches for Trabzonspor, conceding a respectable 67 goals, while keeping ten clean sheets.

The Turk made his international debut in May of this year and has two appearances for the national side to his name, meaning he could be included in the Turkeys Squad for Euro 2020.

If Cakir was to make the move to Liverpool as the Turkish newspaper Star (via The Mirror) suggest, the young goalkeeper would be a prospect for the future who could deputise when Alisson was unavailable, in a similar style to Adrian at the start of the season.

He would compete with the former West Ham goalkeeper for the Premier League leader’s second choice goalkeeper position, and also provide cover if both other keepers were unavailable as was feared after the UEFA Super Cup win when a fan running on the pitch injured Adrian.

In Turkey, Cakir already has a couple of seasons of top-flight experience so that should not be an issue transitioning to the Premier League, along with the international involvement for Turkey which can only aid his development.

The only complications with this deal could be that Trabzonspor may be keen to hold on to their first-choice keeper until the end of the season, as it may be a challenge to replace him midway through the campaign.

The Reds may be in no rush to seal the player’s signature as they already have Adrian, as well as Loris Karius, who is on loan, also in the Turkish Super Lig at Besiktas. The only reason they may need to move swiftly for the player is that he has also reportedly gained interest from Juventus, and the Anfield side may wish to make the first move to secure their target.