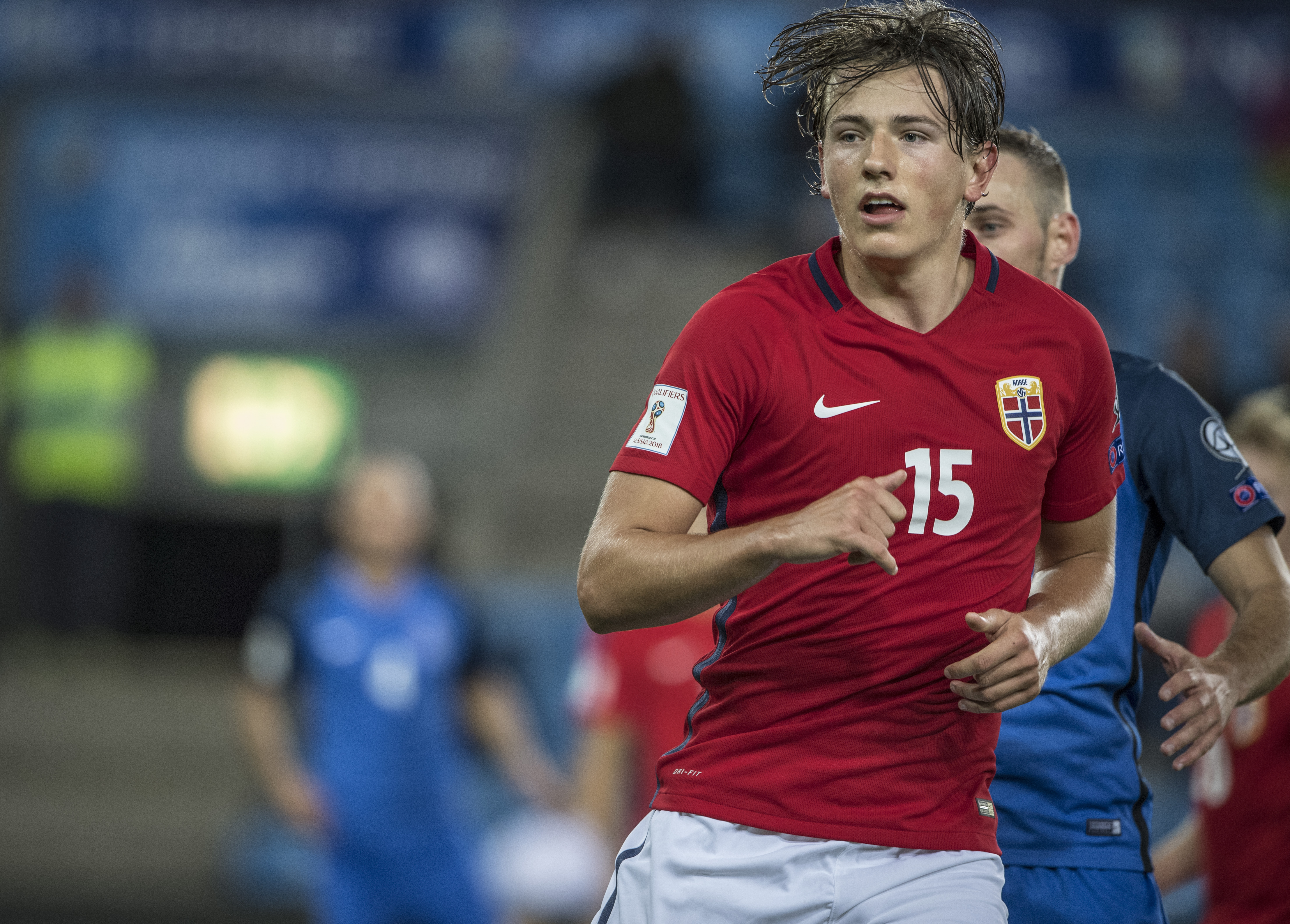 Liverpool are interested in signing Sander Berge from Genk, according to reports from the Daily Mirror, with an £18m fee being touted for the promising youngster’s services.

Berge, 21, has been with the Jupiler Pro League side since 2017 when he joined from Valerenga, the club his grandfather formerly played for. The Norwegian is reportedly being pursued by Liverpool as cover for their injured midfielder Fabinho but has the potential to challenge for a place in the starting line-up after impressing in the same Champions League group as the Reds.

The defensive midfielder began his career in native his Norway at second division side Asker Fotball, making his senior debut in 2013 at 16. After two years in the second division, he was then transferred to Norwegian top-flight side Valerenga, making his first start against Rosenborg.

After establishing himself as a key player in Norway making 43 appearances, Berge signed a contract with Genk in the Belgian First Division. The midfielder has now been with the Smurfs for four seasons, making 105 appearances, scoring four goals. After joining in January 2017, he helped his new side to the Europa League quarter-finals.

Last season he played 28 league games, providing three assists, as Genk won the Jupiler Pro League, sending them into this season’s Champions League. While in the competition they have struggled in a group containing Liverpool, Napoli and RB Salzburg, with Berge playing all four games so far. Genk have just one point from three games, but despite poor results, the 21-year-old has impressed on the elite stage.

Berge has been part of the Norway setup since 2017 when he made his international debut against Northern Ireland in a 2017 World Cup qualifier at 19. Earlier this year he scored his first international goal for Norway in Euro 2020 qualifying against Malta.

While playing in Belgium, the Norwegian has built a reputation as a combative midfielder who is also able to dibble well and retain possession, while defensively Berge is particularly strong at interceptions, so he has a similar style of play to Fabinho.

If Berge were to make the move, as The Mirror suggests, the young midfielder would provide excellent cover as well as having the potential to challenge for Fabinho’s place in the future.

At 21 Berge would likely still be happy knowing he was Fabinho’s replacement, providing he was getting some game time when Jurgen Klopp rotated the midfielder. The German manager has proven in the past he is excellent at identifying and improving talent, which would be a big pull for Berge to Anfield.

His reported £18m price tag would be well within Liverpool’s budget so the club should not be scared about taking a risk on him, though with six other central midfielders, Liverpool’s German manager may feel he already has enough cover for their busy New Year period of fixtures. According to the report, Berge is only likely to arrive in January if Fabinho’s injury is worse than the club first feared, otherwise he may be a target for the summer transfer window.