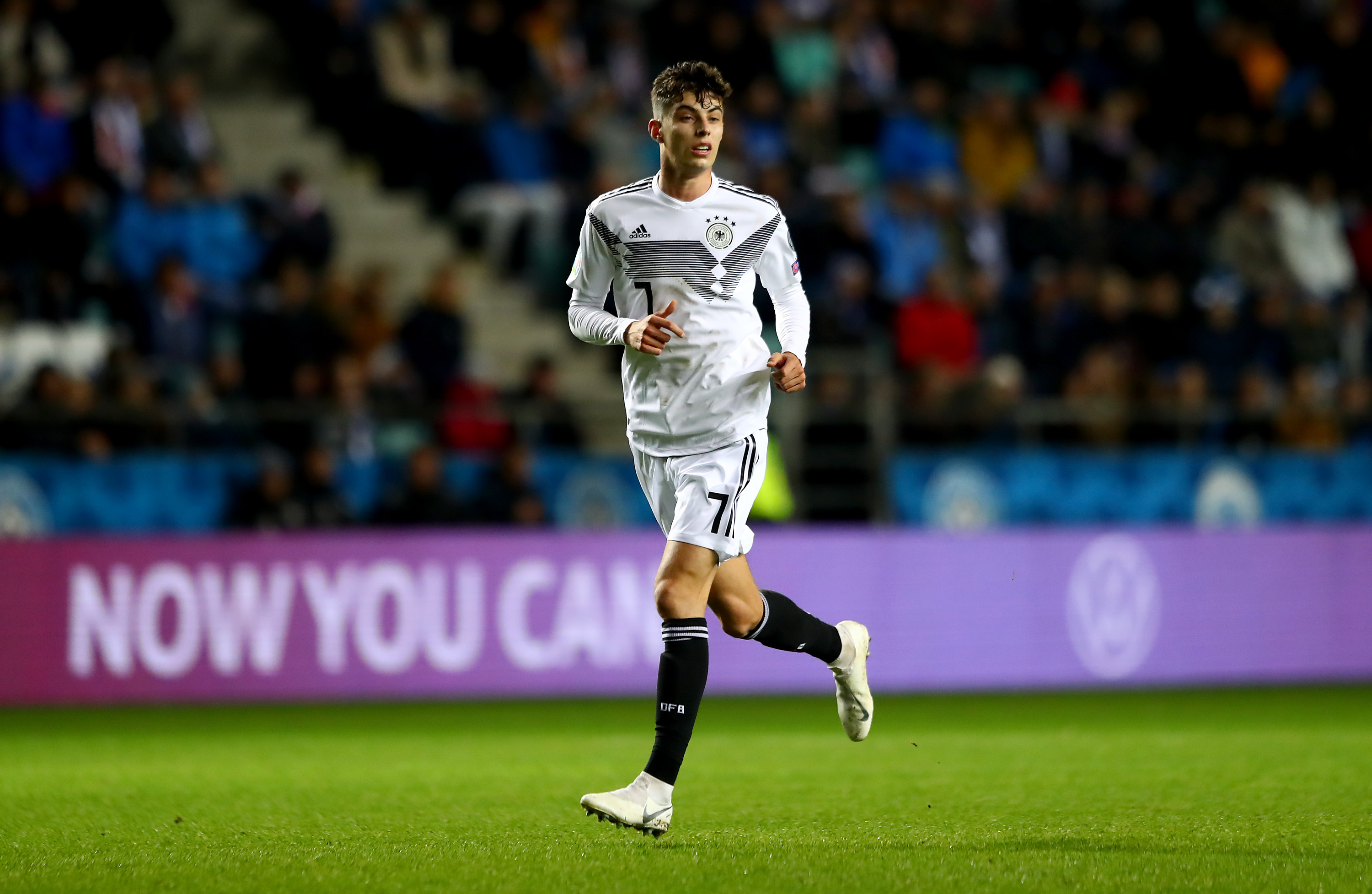 Liverpool may not be making any major signings in the January transfer window, with only Takumi Minamino arriving from RB Salzburg for £7.25m so far. But reports are beginning to emerge that the Merseyside club could be making a huge splash over the summer. Mundo Deportivo have reported Jurgen Klopp’s side are linked with Bundesliga starlet Kai Havertz, and the arrival of the 20-year-old German international could cement the Reds’, soon to be confirmed, status as the best side in the Premier League.

This season Liverpool have been the runaway Premier League leaders and currently have a 14-point gap to Manchester City in second place, with a game in hand. On first glance, it wouldn’t appear the Reds do not need to strengthen significantly. Still, Havertz could slot into Liverpool’s starting eleven and play a significant role in defending their title; should they end the 30-year wait for a league win this season.

Havertz, valued at £81m (Transfermarkt), has not hit the same heights as last term during this season, where he scored 17 Bundesliga goals and was named in the Team of the Season. This term he has two goals and an assist from 14 appearances, having failed to score or provide in the Champions League, but it has been a small blip in a glittering career to date. In three and a half Bundesliga seasons the German international has 26 goals and 17 assists – an incredible return considering he operates as either an attacking midfielder or winger.

The 20-year-old sensation already has seven Germany caps under his belt along with one goal and is rapidly establishing himself as an elite operator. Havertz could comfortably slot in anywhere in the front three, but he does not possess the same pace as Sadio Mane or Mohamed Salah, so could be best in Roberto Firimno’s centre forward role. Much like the Brazilian he is competent at both scoring and providing for others, though should Klopp wish to start the quartet Havertz could also drop into central midfield.

Though he would likely be a record signing for Liverpool, bringing Havertz to Anfield would be an enormous coup for Klopp’s side. He still has plenty of time to develop into one of the best players in the Premier League and his versatility means he could slot into the starting eleven immediately. Securing the starlet’s signature would help to ensure Liverpool remain the best club in the world.