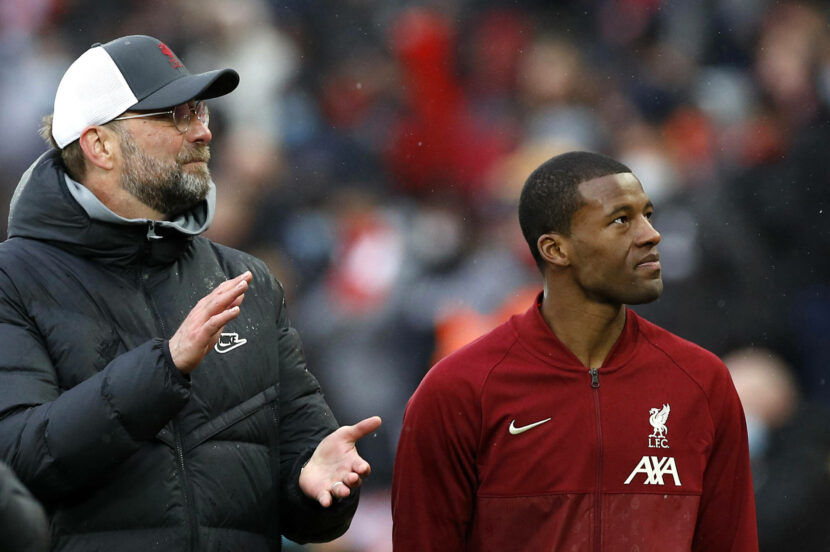 Liverpool to revamp squad – even if Klopp doesn’t want to

By Sam MarlowLiverpoolRecentTransfer News | 28 May, 2021

The Premier League season has now come to a close and, with it, comes the end of this iteration of the Liverpool squad we have come to know and admire. While the Reds’ rocky, injury-hit season has ended favourably with their qualification to the Champions League, the squad that we have seen excel at home and in Europe has had tumultuous fortunes. Now, with the imminent and potential departure of a few, key pieces, it seems as if there is work to be done at Anfield.

The most notable exit from this Liverpool team is, of course, Gini Wijnaldum. The Dutch midfielder has been a staple for Klopp for many years now, with his quality and flexibility a core part of their title-winning sides and certainly within their best XI for this season. Wijnaldum has created a host of fantastic memories at Anfield, including his integral part in the historic 4-0 win over Barcelona, in which he played, unnaturally, in the false-nine role. He was equally important in the title-winning season, and it is no surprise Jurgen Klopp’s emotions ran high when speaking of his departure.

Another player reportedly on the verge of leaving is a now-iconic Red, Mohamed Salah. There have been suggestions (from admittedly disreputable sources) that the Egyptian is unhappy at the club and could be seeking greener pastures abroad. Not everything written online is to be trusted, obviously, but there is no smoke without fire and the fire, in this case, is Salah’s failure to sign a new contract at Merseyside. Losing him would be just as big, if not bigger, than losing Wijnaldum.

Yet there is another area Liverpool need to strengthen: centre-back. Of course, with three of their best defenders out with long-term injuries, the Reds have suffered this season and relied on a number of young back-ups who have made an applaudable step up to Premier League football – namely Rhys Williams and Nat Phillips. The signing of two more young centre-backs (Ben Davies and Ozan Kabak) in January to supplement their pool of defenders was simply a stop-gap, with Davies still yet to play for the Reds and Kabak likely to be returned to home-club Schalke. With the unreliability of the defenders he has, Klopp will surely need to sign another, world-class defender if he wants a squad that can challenge for the title.

It is clear work needs to be done in the summer. With as many as three key positions to fill in the Liverpool starting XI, it is difficult to know how they will look coming into next season. Klopp would have, of course, wanted to retain the squad he has after an unstable season and the bedding in of his new key players Thiago and Diogo Jota – but the circumstances are not within his control here. Change is coming to Liverpool, and a new season will mean a new look for the squad: and perhaps for their chances of competing for the title.