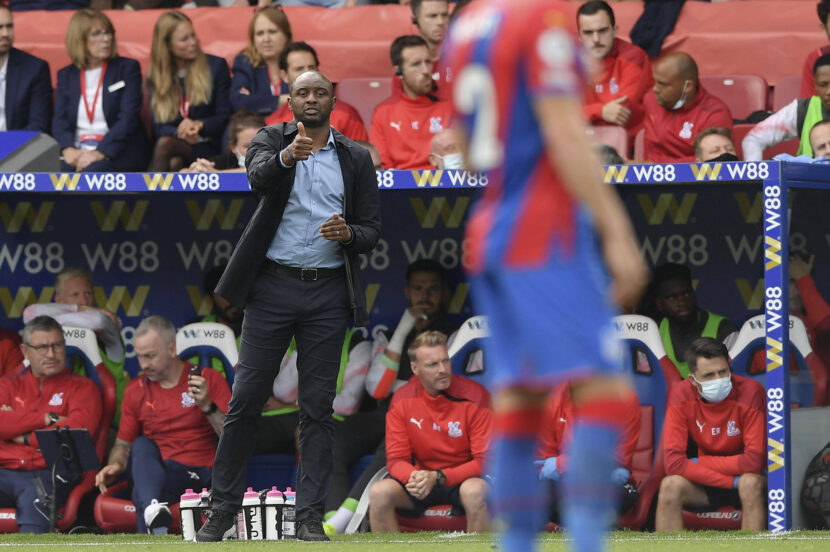 Liverpool remain unbeaten this season, having triumphed mid-week, and will welcome a buoyant Crystal Palace to Anfield this weekend.

This is a fixture that has previously brought great success for Liverpool and its players. They have not suffered defeat at Palace’s hands for eight straight fixtures, winning to-nil in four of those. Meanwhile, Sadio Mané – experiencing indifferent finishing form over the last season or so – could become the first player in English topflight football to score against the same opponents in nine consecutive fixtures with a goal on Saturday. It is fair to say that the Reds under Jürgen Klopp have always looked forward to this fixture.

Palace will come with a fresh hope, though, following a scintillating and relatively breezy 3-0 victory against then league-leaders Tottenham Hotspur last week, a club the Eagles had not beaten in the League for 12 consecutive fixtures. Patrick Vieira’s “proper football-playing side” – as described by Klopp in his pre-match press conference – have developed gradually game-by-game, both individually and as a whole.

One player that has benefited incredibly is Conor Gallagher. The loanee’s tally of two goals and an assist has already surpassed last season’s record from 30 appearances with West Brom. Playing as a midfield 8 he has been immense both offensively and defensively. His intuitive ability to make line-breaking runs into the channels – between the opposition centre-back and left-back – have been important and were clearly evident against Spurs last week. In fact, it was this movement that led to his assist and his penalty-winning cross which struck Ben Davies’ outstretched arm.

Christian Benteke has also been on the receiving end of much praise from Vieira as well. Under Hodgson, he was constantly stranded in-between the two opposing centre-backs. Now, under Vieira, Benteke seems to occupy and busy the right-sided centre-back, as he did against Spurs. This has ensured that his direct opponent, and also the right-sided centre-midfielder, could not double, or triple-team, Wilfried Zaha as is so often the case.

Predictability has often been an enemy of this Palace side over the years and statistically they still are. They attacked down the left flank 44% last season, the same as their tally against Spurs, according to WhoScored.com. However, with Gallgher’s threat and Ayew’s foul-winning nous, teams cannot ignore Palace’s right side.

It is not only offensively that Palace have improved but also defensively. They conceded a mere two shots against Spurs last week and did not allow Harry Kane a single shot or touch in the box for the first time in his career.

Liverpool will be a more difficult challenge; Palace will face a team in-form and a multi-pronged attack. Mohammed Salah needs no introduction and Mané’s aforementioned record has haunted them for years. Trent Alexander-Arnold’s return to form will be most worrying for Palace. The right-back has already accumulated two assists, the second most shot-creating actions and averages the most key passes per game – five, ahead of second-placed Andy Robertson who has four – as per fbref.com. The stats go on. After a below par (with a sarcastic tone) seven assists last season – less than half of his previous season’s 15 – Klopp has sought out a tactical change to unlock Alexander-Arnold once more.

If you watch Kevin de Bruyne’s movement closely when he plays in a Manchester City shirt, Alexander-Arnold’s movement in attack is akin to this. de Bruyne, when City are sat in their attacking half, occupies a position in-between the channels just about a third of the way from goal. He is also comfortable going out wide where his pinpoint crosses have been mouth-wateringly fun to watch.

Alexander-Arnold, who will be 23 in two weeks, has immense positional sense and is able to willingly float into that de Bruyne position, and alternate with the right-sided centre midfielder, with ease. This rotation of positions also suits Mohammed Salah who is just as comfortable hugging the boundary line, and also moving inwards to make space for Alexander-Arnold.

Crystal Palace released an article this week touching on their opposition analysis team. There is no doubt Alexander-Arnold’s movement will have been highlighted, as well as Robertson’s barnstorming work down the left-side. James McArthur will likely be the man to have to monitor this situation. It’s a predicament that will nullify McArthur’s gut running, which is a collateral advantage Liverpool will gain.

But it may also unleash Zaha who, if Palace play their cards right, could be left in acres of space on the left-wing behind Alexander-Arnold. If Zaha is left to run at someone who is not comfortable defending out wide, such as Joel Matip or a covering central midfielder, there will be trouble. His performance in Liverpool’s narrow 4-3 win at Anfield in 2019 is evidence of this. Zaha troubled makeshift left-back James Milner for 89 minutes before he was sent off for two yellow card-worthy fouls on Zaha, amongst others. Japhet Tanganga experienced a similar fate just last week.

Roberto Firmino will not feature this weekend but should start training at “some point next week”.

There has been no return date set for Harvey Elliott, who underwent successful ankle surgery mid-week. It’s a disappointing turn of events for the 18-year-old who was looking to cement his place in the Liverpool XI.

No new injuries were sustained last week. The news is positive regarding achilles-stricken pair Eberechi Eze and Nathan Ferguson. Both of them are ahead of schedule – a return at the end of October has been mooted for Eze, whilst Ferguson may not be far behind.

Luka Milivojevic and Michael Olise returned after re-joining training following personal leave and a back injury respectively. The duo had a hand in their third goal against Spurs last week, while Olise played a part in a further five for Palace’s under-23s before he was taken off after 60 minutes. Both of them will be pushing for starting places in this team.

Palace will be on a high after their best performance in years, whilst Liverpool’s midweek victory at Anfield will be fresh in the mind of the hosts. The Eagles took apart Spurs but Liverpool are a different beast; more cohesive, more free-flowing without compromise, but there are positions to exploit.

Vieira may start with a very similar side and look to hold Liverpool as they did against Spurs, before making similar changes to bring the game to the Reds. But what’s to say the game isn’t gone by that point already?