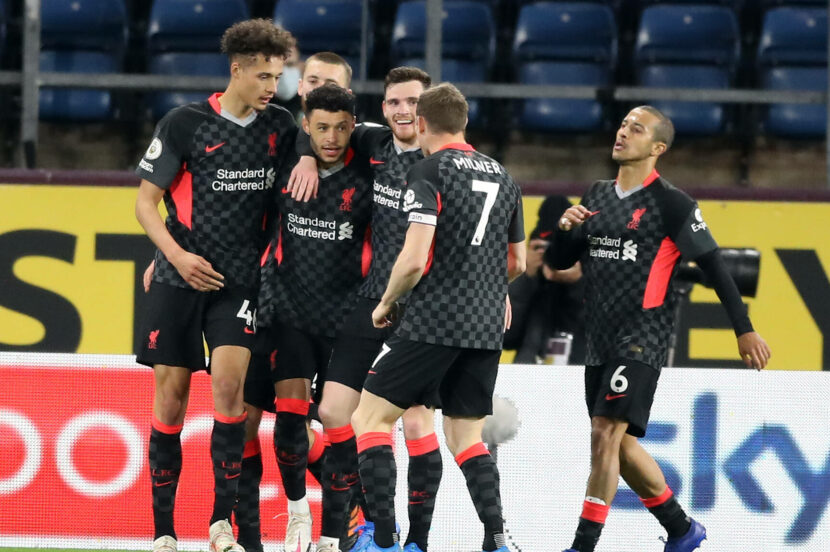 Liverpool host Crystal Palace on Sunday afternoon knowing that three points should be enough to secure Champions League qualification for next season – something which seemed beyond them just a couple of months ago.

The game will also hold special significance for Crystal Palace, who will be hoping to spoil the party and give Roy Hodgson the ideal send-off as he leaves Selhurst Park after four seasons at the helm. The 73-year-old admitted it was the right time to step down, although wouldn’t confirm that it would be his last ever game in management. Hodgson’s managerial career started way back in 1976 and peaked when he was appointed England manager in 2012. He will be missed by many throughout the game, having managed 16 different teams in eight countries.

However, there will be no space for sentiment on Sunday afternoon from one of his former clubs, Liverpool. Barring a massive Leicester victory against Spurs on Sunday, the conditions for Champions League qualification are simple for Jurgen Klopp and his charges: win and secure a top-four spot; anything else could mean a season of Europa League football. The Reds sit in fourth position, level on points with Leicester but hold a superior goal difference of +24 to the Foxes’ +20. Chelsea sit one point ahead of their rivals in third, and they too could miss out on the top four should they drop points away at Aston Villa.

When these two sides met back in December, a 7-0 thrashing saw Liverpool take all three points. Mo Salah came off the bench to score twice that day, and he will be looking to score against the Eagles again on Sunday as he looks to claim his third Premier League Golden Boot in four seasons. The Egyptian is currently tied with Harry Kane on 21 goals.

Sunday’s fixture will also see the return of 10,000 fans to Anfield as football and life in general begins to return to normality. In what has been one of the strangest football seasons in living history, let’s hope we can leave empty stadiums, fake crowd noise and dodgy VAR decisions in the 2020/2021 season.

Barring any late fitness issues for Liverpool, we can expect to see the exact same team that beat Burnley 3-0 in midweek. Ozan Kabak might have played his last game for the club, with no decision yet made over whether or not his £18 million buy-out clause will be triggered. Naby Keita is another who may not play for Liverpool again, as he is set to miss out with a hamstring injury. The Guinean has been linked with a move away from Anfield this summer. Diogo Jota could feature from the bench, with his ankle injury not as serious as originally feared.

In-form striker Christian Benteke faces a late fitness test before he is given the green light to face his former club. Eberechi Eze was dealt a devastating blow as he was ruled out for six months with an Achilles injury this week, and the youngster joins Mamadou Sakho, Luka Milivojevic and James McArthur on the sidelines.

Palace will certainly be out to cause an upset and spoil Liverpool’s Champions League party, but the hosts have been in this situation before. In Jurgen Klopp’s first two full seasons as Liverpool boss, his side had to win their last games to confirm their top four status, and resounding 3-0 and 4-0 victories over Middlesbrough and Brighton got the job done. The Anfield faithful could become edgy if they go behind early or Vicente Guaita starts pulling off wonder saves, which will only make things more difficult for the players. However, when Mo Salah is chasing a Golden Boot, he is a dangerous man to stop and Palace will have to be at their resilient best to stop him.