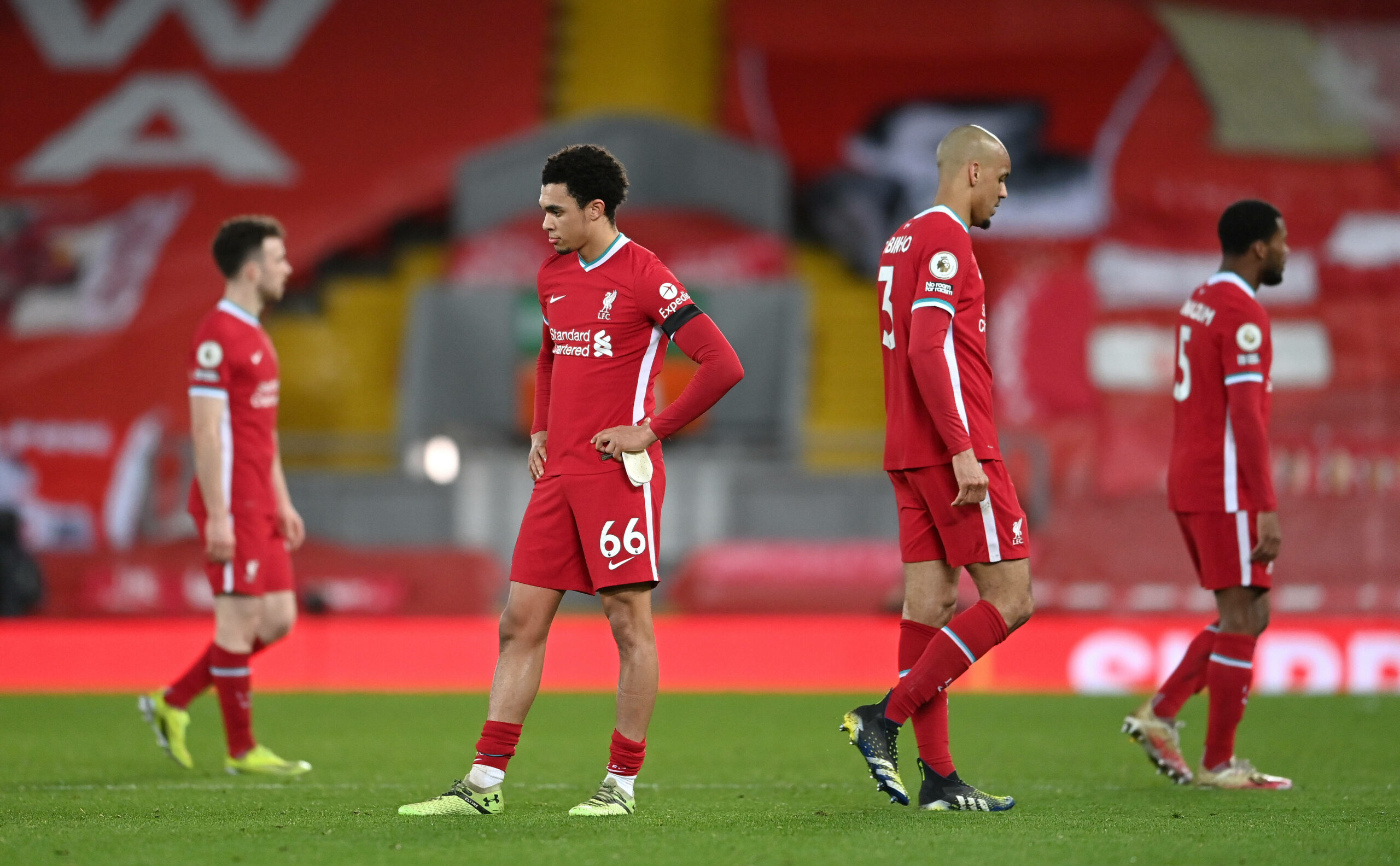 Liverpool host Fulham on Sunday afternoon, looking to end their longest ever losing streak at Anfield.

After five consecutive defeats at home, The Reds are in turmoil as they fall down the Premier League standings. Scott Parker’s Fulham side will be licking their lips at the prospect of visiting Liverpool in their current state, something that would have been unimaginable at the start of the season.

Liverpool’s chances of achieving a top-four finish and staying in the Champions League are getting slimmer after every game. However, a win against the Cottagers will at least stop the rot for Jurgen Klopp and his charges. Liverpool have problems all over the pitch – injuries at the back, lack of creativity in midfield and an absence of confidence upfront. The Liverpool of the last few years have set the standards impossibly high thanks to their solidity in defence and their swagger upfront. Now, their demise is reminiscent of David Moyes’ first and only campaign as Manchester United manager. Champions of England the year before, mid-table obscurity 12 months later.

In the reverse fixture at Craven Cottage, it took a second-half penalty from Mo Salah for the Merseysiders to earn a point in a 1-1 draw. The Egyptian was substituted on the hour in Liverpool’s midweek defeat to Chelsea, with the winger less than impressed with his manager’s decision. His replacement, Diogo Jota, looked relatively lively in his 30-minute cameo after missing the previous three months through injury.

For Fulham, they have certainly looked far more solid since the turn of the year. Their loss at home to Spurs on Thursday night was not without controversy, as Josh Maja saw what would have been the equaliser chalked off for a questionable handball in the build-up. This was their first defeat in six games, and while they still sit in the relegation zone, they have at least given themselves a chance at survival. A positive result at Anfield is no longer a very ambitious goal, but one that is now very attainable.

Liverpool’s defensive woes were worsened on Thursday as Ozan Kabak picked up a slight knock, meaning the Turkish centre back will likely miss Sunday’s fixture. If Nat Phillips can recover from a knock, he will likely partner Fabinho at the back. However, it could be the opportune moment for Ben Davies to make his debut for Liverpool, after arriving from Preston on deadline day. In midfield, it is hard to see Klopp picking the same midfield trio of Thiago, Wijnaldum and Jones. The Anfield faithful will be crying out for either a change in formation and Roberto Firmino dropping into midfield and Diogo Jota, or at very least some fresh faces. Xherdan Shaqiri and Naby Keita are both potential options to start.

Fulham will be missing skipper Tom Cairney, while Marek Rodak could also miss out. At right-back, Ola Aina is likely to continue, meaning Kenny Tete will have to sit on the bench. The last time the Cottagers visited Merseyside, a Josh Maja double saw them win 2-0 against Everton. The young striker will likely partner former Toffee Ademola Lookman up top.

Surely the run has to stop, right? If Liverpool do lose six in a row at Anfield, then as crazy as it may seem, there will have to be questions asked of both Jurgen Klopp and his so-called world-class players. Fulham are a solid, difficult-to-break-down team, the last thing that Liverpool want to come up against in this scenario. However, if Liverpool do want to get the top four, they simply must win this game. If they don’t, even Europa League qualification looks in doubt.