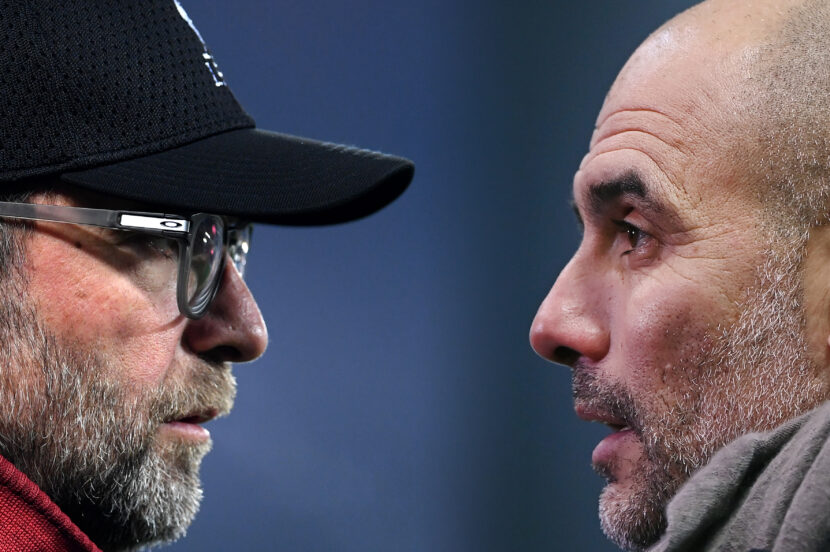 The top two teams from the last two Premier League seasons go head to head on Sunday afternoon in what is a must-win game for the current reigning champions, Liverpool.

In one of the newer top-flight rivalries in English football, there is always so much to play for whenever Manchester City face Liverpool. The Merseysiders have lost their lost two home league matches, after having gone nearly four years without losing at Anfield, and escaping this rut is imperative if they are to reignite the title race. Currently, City are showing signs of the same relentless streak that carried them to successive titles between 2017/18 and 2018/19.

After 13 consecutive wins in all competitions, the Citizens hold a seven-point lead over the Reds, with a game in hand. Should they go to Anfield and win, not only will they all but end the title hopes of their opponents, they will also end a winless streak at Anfield that dates all the way back to 2003. It has long been their bogey ground and Pep Guardiola alone has already lost three times there.

However, if ever there was a good time to play Liverpool at Anfield it would be after consecutive losses to Burnley and Brighton. Anfield without fans isn’t nearly so intimidating and opposition clubs are no longer scared when they turn up, hoping for a positive result. They now believe they can upset the apple cart and leave Merseyside with all three points.

However, despite Liverpool’s shortcomings this season, they still have a strong record against the so-called big six. After draws at the Etihad in the reverse fixture and against Manchester United, Liverpool have won all their matches against Spurs (home and away), Arsenal and Chelsea so far this season. Liverpool’s problem has not been against the big teams and with Sunday’s fixture a must-win if they are to keep their title ambitions alive, perhaps the arrival of Manchester City couldn’t come at a better time for Liverpool.

Jurgen Klopp will be delighted to have a few of his superstars available for selection after injury. Alisson looks to have recovered from an illness that kept him out of the Brighton game, while Sadio Mane and Fabinho are also set to return after spells on the sidelines.

In more normal circumstances, Klopp would probably keep Mane and Fabinho on the bench, but given the enormity of Sunday’s game, it wouldn’t be a huge surprise if they were immediately thrust back into action from the start. Ozan Kabak could make his debut at the back, paving the way for Jordan Henderson to move into midfield.

City will be without Sergio Aguero, Nathan Ake and Kevin de Bruyne for Sunday’s trip. The biggest selection debate for Guardiola will come at left-back, where Aymeric Laporte, Benjamin Mendy, Oleksandr Zinchenko and Joao Cancelo have all featured this season. However, to combat Liverpool’s pace upfront, I’d expect Cancelo and Kyle Walker to start at full-back. The in-form Gabriel Jesus is set to start upfront for City on Sunday.

It is usually an entertaining encounter when these two sides meet, and I expect another high-quality football match on Sunday afternoon. However, Manchester City look too strong for Liverpool at the moment, even without their talisman, Kevin de Bruyne. Could this finally be the time for City to break their Anfield duck?