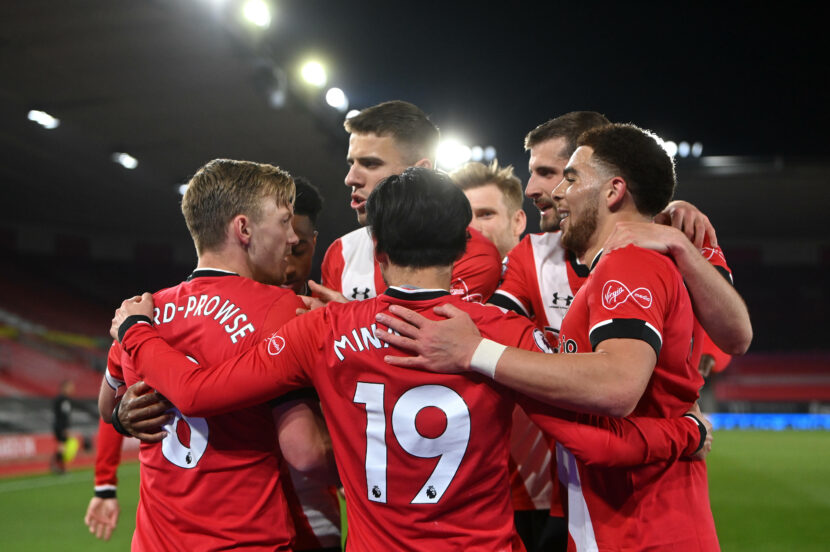 Southampton travel to Liverpool knowing that a win would guarantee their status as a Premier League club for next season. The Merseysiders must win if they are to have any chance of a top-four finish, although that does now look beyond them after their recent disappointing draws to Newcastle and Leeds.

The last time these two met was back in January when an early strike from Danny Ings was enough for the Saints to win all three points. The former Liverpool striker capitalised on some lacklustre defending before lobbing the ball over Alisson, in a game that really kick-started his former side’s demise this season. Back then, the Reds were still in the fight with both Manchester clubs for the title. Now, they’re in a fight to qualify for the Europa League.

Southampton enjoyed an excellent start to their Premier League campaign, and there was even talk that a route into Europe was on the cards. However, they too suffered a severe drop in form in the early part of 2021, and now find themselves sitting 16th spot. While it would take something truly remarkable to see them get relegated, Ralph Hasenhuttl will be extremely disappointed by the way his club have fallen down the league.

Although the Saints have suffered from injuries, just like their opponents on Saturday evening, this cannot be used as the sole excuse for their disappointing performances late in the campaign. The damning statistic that reflects their league position is that since their win over Liverpool at St Mary’s back in early January, they have only picked up two league wins since – against already relegated Sheffield United and Burnley. A win at Anfield would take them up to the magic 40 points mark and could spark a nice run to end their season.

Jurgen Klopp will be fully aware of the dangers that Southampton poses to his side, but considering the Saints have not kept a Premier League clean sheet for two months, he will be expectant that his side can produce something of note on an attacking front. Injuries at the back aside, their attacking impetus which has become their trademark under Klopp has dissipated this season. Sadio Mane and Roberto Firmino have barely turned up, leaving Mo Salah to do all the work. Should the Reds somehow find their way into the top four come the end of this month, the Egyptian is the one Liverpool fans will owe the most to.

Nat Phillips is fit and ready for action according to Klopp, and he will likely partner Ozan Kabak at the back once more, allowing Fabinho to play in his more natural defensive midfield position. Mo Salah and Sadio Mane are likely to start, with Roberto Firmino and Diogo Jota fighting it out for the central striker role.

In midfield, James Milner has enjoyed a decent return to form, and would consider himself hard done by should he not start alongside Fabinho and one of Thiago or Gini Wijnaldum. Should Klopp opt for a 4-2-4 system, with all of their front four starting, it will likely be a midfield two of Thiago and Fabinho.

Danny Ings is set to miss the chance to score at Anfield again, as he suffers from a minor hamstring injury. Ryan Bertrand and Oriol Romeu are also likely to miss out. Taki Minamino is ineligible to face his parent club. Nathan Tella could also feature on the left flank, with Nathan Redmond set to partner Che Adams up top.

With this being a must-win game for the hosts, you would expect them to come out all guns blazing. What has cost Liverpool in their last two games is their inability to put games to bed and ultimately inviting pressure onto their dodgy defence late in the game. The two late equalisers scored by Leeds and Newcastle has put a huge dent in their top-four hopes, but Klopp will be hoping his side have learned from their mistakes. It should be a tight game however, and Southampton can be a match for anybody on their day.