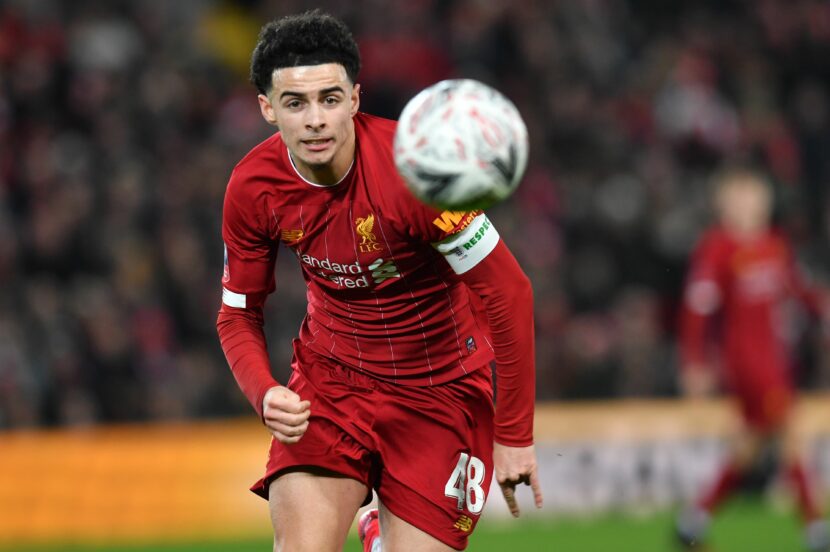 Liverpool are set to end their 30-year wait for a league title this season when the Premier League resumes on April 30. The Reds have dominated the division this term, eclipsing the incredible standard they set the previous season when they narrowly lost out to Manchester City. Given they have such a healthy lead, and that Jurgen Klopp’s Reds have had the opportunity to lift seven pieces of silverware this season, the German manager has been able to give multiple academy graduates their debut. The primary benefactor of this has been Curtis Jones, and the 19-year-old has left a lasting impression.

In just his fourth game for Liverpool, the then 18-year-old central midfielder curled a rasping drive beyond Jordan Pickford’s reach to score the winner against bitter rivals Everton in the FA Cup, sending the Kop into raptures. He was given the man of the match award for that individual moment of brilliance, and said after: “I dream of a lot of things, but this one was ahead of a dream”. His manager went one better lavishing the youngster with praise describing him as “an unbelievable player”.

It was hard for Klopp to ignore Jones’ cries, he has been outstanding in the Premier League 2 this term, scoring nine and assisting five in just 14 matches for Liverpool’s U23 side. Few midfielders have such an incredible eye for goal, and he already has two to his name for the senior team. Furthermore, Jones has shone against the best youth players Europe have to offer, finding the back of the net on five occasions and assisting one in the UEFA Youth League this term, scoring every 68 minutes.

Jones, valued at £1.8m (Transfermarkt), has proven he is a cut above others at his age group and ready to make the transition to regular first-team football. His manager has already revealed the teenager is “very confident and can’t wait to play in the first team” and he is making the transition appear effortless.

Given his status as a Liverpudlian who has climbed through the ranks at their Melwood training ground, it appears, should he remain at Anfield, that Jones is future captain material. He has already taken the armband once, becoming the youngest player in Liverpool history to lead the team out, when the Reds faced Shrewsbury in the FA Cup. The 19-year-old said after the match: “It has always been a dream since I was a kid, and I think that goes for any local lad from the academy.”

At present Jones appears focused on establishing himself as a regular at Anfield. Although, even as a teenager, he already has a taste for the armband. If the central midfielder is afforded the opportunities to continue to develop at the club, there is a possibility that when Jordan Henderson’s time comes as captain, the local lad could be filling in his footsteps and leading the club forward in a period of domestic dominance under Klopp.