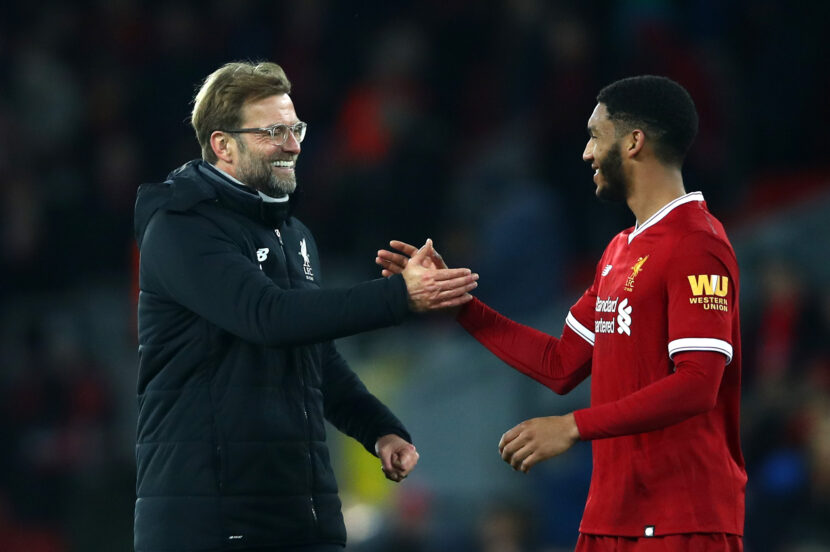 Liverpool returned to winning ways in the Premier League after overcoming a spirited AFC Bournemouth side at Anfield to record their 22nd successive home victory – a top-flight record – yet whilst Mohamed Salah and Sadio Mane stole the headlines with two typical goalscoring displays, Jurgen Klopp would be unwise to overlook the undeniable influence of centre-back Joe Gomez who returned to the starting XI with considerable aplomb for the runaway league leaders.

Having missed out on his side’s 3-0 demolition at the hands of Watford with a minor knock, Gomez returned to the starting XI for the visit of the Cherries and impressed at the heart of central defence, replacing the increasingly unreliable Dejan Lovren to allow Klopp to field his first-choice central defensive pairing of Virgil Van Dijk alongside Gomez.

The 22-year-old won four aerial duels, a total only beaten by Van Dijk, whilst also playing 15 long-balls with an accuracy of 60% – a similar rate of accuracy to his Dutch teammate (58.3%), as per WhoScored. Gomez also attempted 129 passes with a success rate of 86.8%, comfortably fulfilling his role within Klopp’s side as a combative ball-playing centre-half, with his return to central defence proving to be a vital inclusion for the league leaders in returning to winning ways.

Gomez has become far more than simply ‘another’ centre-half to partner the imperious Van Dijk within Liverpool’s increasingly impressive backline: the England international has shone with the increased responsibility that has been thrust upon his comparatively young shoulders, earning international acclaim with eight full caps for his country.

Whilst Klopp’s wing-backs in Trent Alexander-Arnold and Andy Robertson are so versatile in their play, earning plaudits for their attacking contributions, as well as Van Dijk receiving considerable praise and awards for his commanding displays for the Reds, there can be no doubting that Gomez holds nothing short of equal importance in the functionality of Liverpool’s backline.

The former Charlton man, who arrived at Anfield in 2015, is slowly making his name as one of the Premier League’s finest defensive talents, and despite the warranted praise that many of his fellow Liverpool defenders have been receiving over the last 18 months, there can be no doubting that Gomez is slowly rising to the top as a simply irreplaceable part of Klopp’s vision to create a dominant domestic and European force on Merseyside.