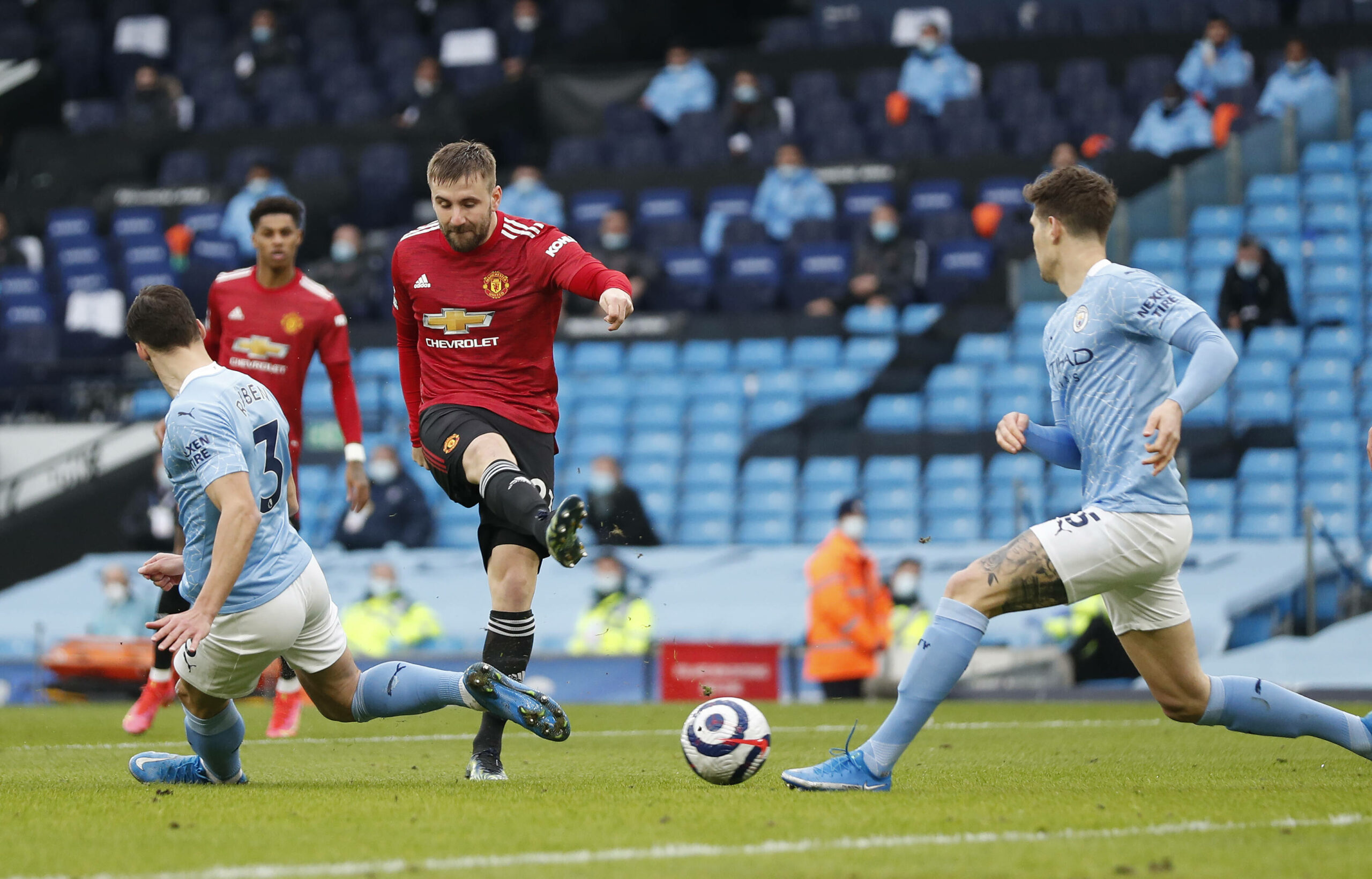 Luke Shaw: how the Englishman’s resurgence is great news for both club and country

Luke Shaw expertly controls a long throw from Dean Henderson and escapes the attention of Joao Cancelo, he then charges into the opposition half before laying the ball off for Rashford, intelligently holding his position and then finishing into the bottom corner from Rashford’s subsequent pass.

This was the Luke Shaw that United thought they were buying back in 2014 when they paid Southampton £27 million for his services following a stunning debut season for Southampton. Unfortunately, a horrible double leg fracture suffered back in 2015 against PSV Eindhoven understandably stifled his progress, and he has never been able to recapture that form until this season. The low point came during Mourinho’s time at the club when Shaw was subject to multiple public criticisms from the manager.

The signing of Alex Telles was warmly greeted by United fans, who had been unconvinced by Shaw for some time. They hoped the talented Brazilian could fill the left-back void which had arguably not been sufficiently filled since Patrice Evra left the club back in 2014.

However, the signing has acted as motivation for Shaw, who has been comfortably one of United’s best players this season, helping him regain some much-needed confidence. He has consistently produced defensively sound displays whilst also contributing to the attack, as seen in the recent Manchester Derby.

This is not only good news for United, but England as well. There is no shortage of options at left-back for England, with Ben Chilwell, Bukayo Saka and Ainsley Maitland-Niles all having played there. However, Saka and Maitland-Niles are perhaps too early on in their careers to be England’s left-back right now and Chilwell has often played second fiddle to Marcos Alonso since Tuchel took charge of Chelsea.

Should Shaw continue the form he is in and keep his place in the United team, he will surely be the first choice for Gareth Southgate at the Euros and guide his team to a top-four finish. A fully fit and firing Shaw is a valuable asset for England and United to have, and the mental resilience he has showcased in his resurgence is hugely admirable and deserves ample credit.

Elsewhere, should Liverpool keep or sell their star forwards?