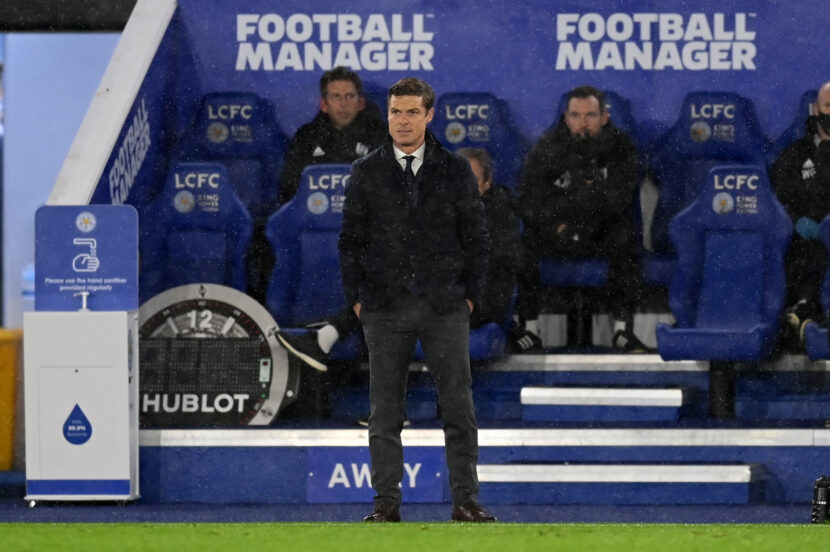 Manchester City welcome Fulham to Etihad Stadium in the Saturday 3pm kick-off, with both sides looking to build upon victories last weekend.

The Citizens put five past Burnley having struggled to score goals until then and will hope to continue their hot streak against Saturday’s opponents, though the Cottagers claimed just their second win of the season with an impressive victory at Leicester.

Pep Guardiola saw his side seal top spot in their Champions League group during the week despite being held to a draw at Porto. They made seven changes from the match against Burnley however and are expected to return to a similar lineup for the visit of Fulham.

Scott Parker faces no fresh injury concerns and could retain the same lineup that frustrated Leicester, with the objectives of containing and counter likely to be the same.

Sergio Agüero could make his return from injury and is City’s only doubt. Nathan Aké returned to the bench against Porto, though he didn’t feature. In fact, Guardiola made only one substitute in Porto out of a possible five, perhaps ensuring his fringe players remained as fresh as possible, or possibly a subtle swipe at his counterparts who have been vocal about the request for the Premier League to increase the number of substitutes to the same figure used in Europe.

Ederson will continue in goal looking to keep his fourth clean sheet in a row. In front of him, Benjamin Mendy and Kyle Walker are set to return at full-backs after impressive outings against Burnley. In the heart of defence, Guardiola has the luxury of choosing between Rúben Dias, Aymeric Laporte, John Stones, Eric Garcia and Nathan Aké. Dias could be due for a rest having started against Burnley and Porto, while Laporte and Aké didn’t feature in either game.

In midfield, Kevin De Bruyne appears certain to return to try and unlock a Cottagers defence that will no doubt sit deep, with two of Fernandinho, Rodri and İlkay Gündoğan set to anchor the midfield behind him. Bernardo Silva and Phil Foden remain options out wide as well as in this area if De Bruyne is given another rest.

Riyad Mahrez will surely return following his hat-trick against the clarets, while Raheem Sterling faces a battle with Ferran Torres on the other flank. Gabriel Jesus is likely to start in the centre, though Agüero could make an immediate return if fit.

The Cottagers could name an unchanged line-up following their form-defying victory at Leicester, though the likes of Tom Cairney, Aleksandr Mitrovic and Mario Lemina are pressing for recalls.

Save for exceptional circumstances, Alphonse Areola will continue in goal. The back four of Antonee Robinson, Tosin Adarabioyo, Joachim Andersen and Ola Aina have started the last four games together and look increasingly organised, leaving the likes of Joe Bryan, Denis Odoi and Tim Ream set to compete for roles on the bench again.

The work rate and combativeness André-Frank Zambo Anguissa and Harrison Reed shone through against the Foxes and keeps the duo in pole position to start against City, though club captain Tom Cairney and Mario Lemina are waiting in the wings should an opportunity arise. Further forward, Ruben-Loftus Cheek has impressed since joining from Chelsea and will provide further guile in the middle of the park.

Scott Parker will not expect his side to dominate possession on Saturday and may instruct his midfielders with this in mind. Apart from the limp defeat to Everton, Fulham have looked impressively fluid in defence in recent weeks, with the ferocious defensive work-rate of their wingers often creating the illusion of a five man defence. Bobby Decordova-Reid and Ademola Lookman look set to continue in these roles following goalscoring exploits from both in the last two games.

Ivan Cavaleiro performed admirably against Leicester and will expect to lead the Cottagers attack once more, though he faces competition from Mitrovic and Aboubakar Kamara.

Pep Guardiola’s December is all about efficiency and his tactics will reflect that. Even if City don’t manage to batter the door down and get an early goal, they should still have enough to beat a Fulham side that would be delighted to leave with a point.