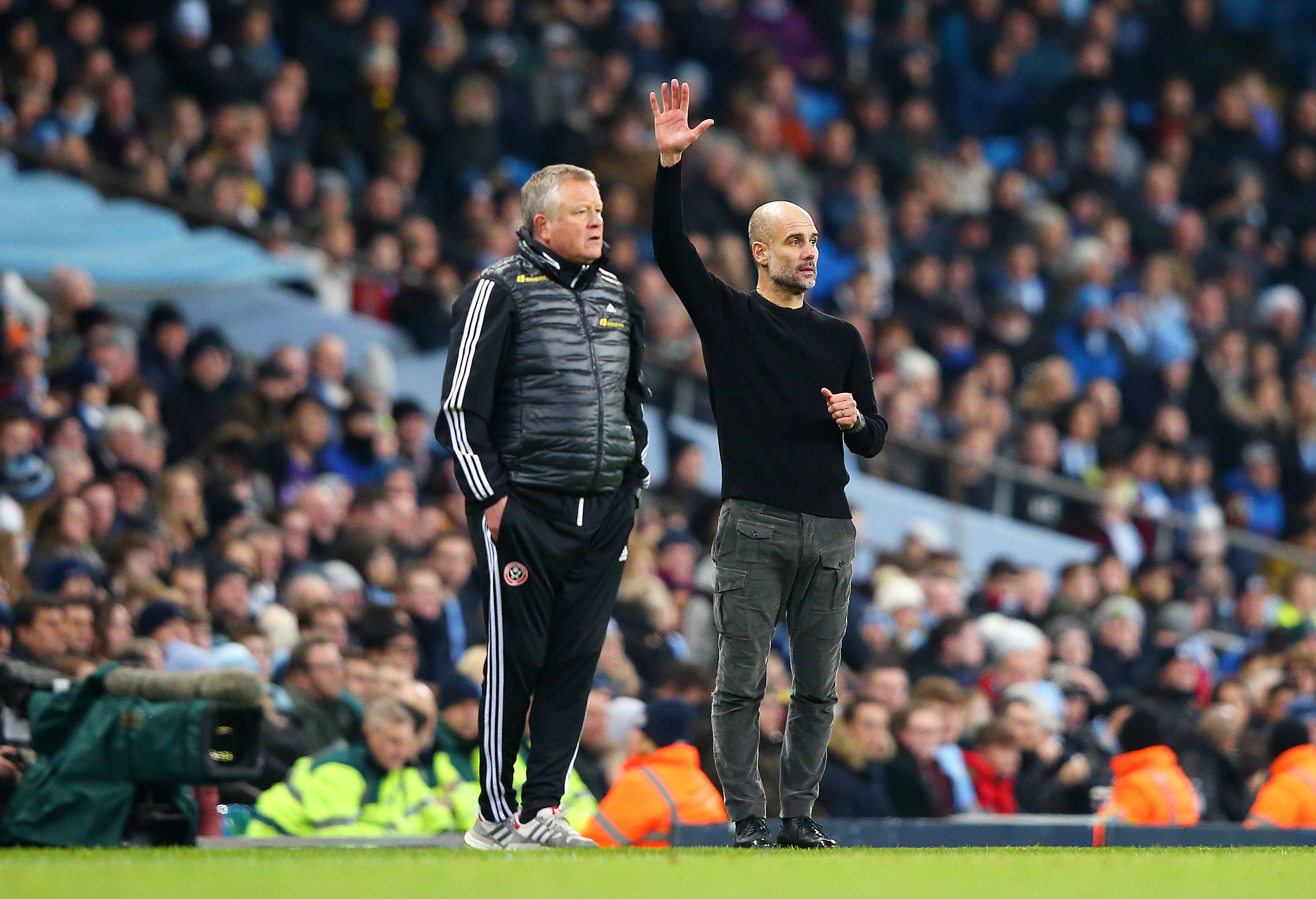 Manchester City travel to Bramall Lane to take on Chris Wilder’s Sheffield United, looking for a route to get back in form after the weekend’s disappointing draw at home to Crystal Palace.

Being a ground that many of the top dogs have struggled to impose themselves on a newly-promoted Sheffield side, Guardiola and his staff have their work cut out for them. Furthermore, the last time these two sides met, Sheffield effectively read Manchester City’s minds for the entire first half of the game, being one step ahead of their counterparts in blue, only to be slightly hard done by the referee and then by City’s quality on the break as they chased a one-goal deficit.

Wilder’s men will no doubt have those memories fresh inside their heads, as they look to avenge a defeat that was tough to swallow in the first place. Thus far, the Blades have had a season to remember, currently sitting pretty at 7th place, six points off the top-four. Of course, Premier League followers who had expected Sheffield to go back down immediately were very few and far between, but a very small subset of fans would have expected them to fare as well as they have.

Manchester City’s season, remarkably, has gone quite the opposite way. Having seen their team ramp up 98 points without Kevin De Bruyne for vast parts of the campaign, the expectation was an even fiercer hunt for the quadruple, and indeed a three-peat of the Premiership. An injury crisis and possibly an overload of the same tactical emphasis has all but sunk City’s hopes of retaining the league title, bar a collapse of monumental proportions from runaway leaders Liverpool.

While the sides’ expectation v/s reality graph cuts in opposite directions, their form bar replicates that of their expectations. City have three of their last four, and only succumbed to a 90’ Fernandinho own-goal, having laboured hard to come back from 0-1 down. Sheffield meanwhile, have won just one from their last five, which makes for quite an interesting battle in which the long run and short run clash.

Chris Wilder is sweating on the fitness of striker David McGoldrick, for whom the likelihood of match sharpness is touch and go, but the gaffer has no other notable injury concerns

Oliver McBurnie is likely to keep his spot in the starting XI, as Sheffield field two up top, meaning it will just be the question of who partners the Scottish international in attack

Billy Sharp replaced the ineffective Lys Mousset at the Emirates and the experienced forward could be given the nod against Manchester City. This decision too, is one of slight contention, as Mousset performed excellently in the return fixture against the Citizens, and even scored for the Blades, only to have it ruled offside by VAR

Leroy Sane and Aymeric Laporte are again Manchester City’s only confirmed absentees as they gear up for their testing trip to Sheffield United. Laporte though, could feature from the bench, if and only if City have a comfortable lead in the closing 10 minutes, which presently seems unlikely

Pep Guardiola is expected to make a number of changes to his XI here, with John Stones likely to be replaces after his weekend performance. Guardiola later said that the Englishman has been suffering with a muscular problem, which all but rules him out of contention to feature tomorrow. Likewise, Benjamin Mendy has also, apparently been battling muscular cramp, so Angelino may start.

This would prove to be another extremely gruelling battle, physically, for both sides. Having laboured extensively against Crystal Palace, it remains to be seen if City will be able to go full throttle from the first whistle once more, and this coupled with the home advantage, added to Chris Wilder’s uncanny ability to rally his troops with such enthusiasm, defensive discipline and positional rigidity, should be enough for Sheffield to send City home without all three points.