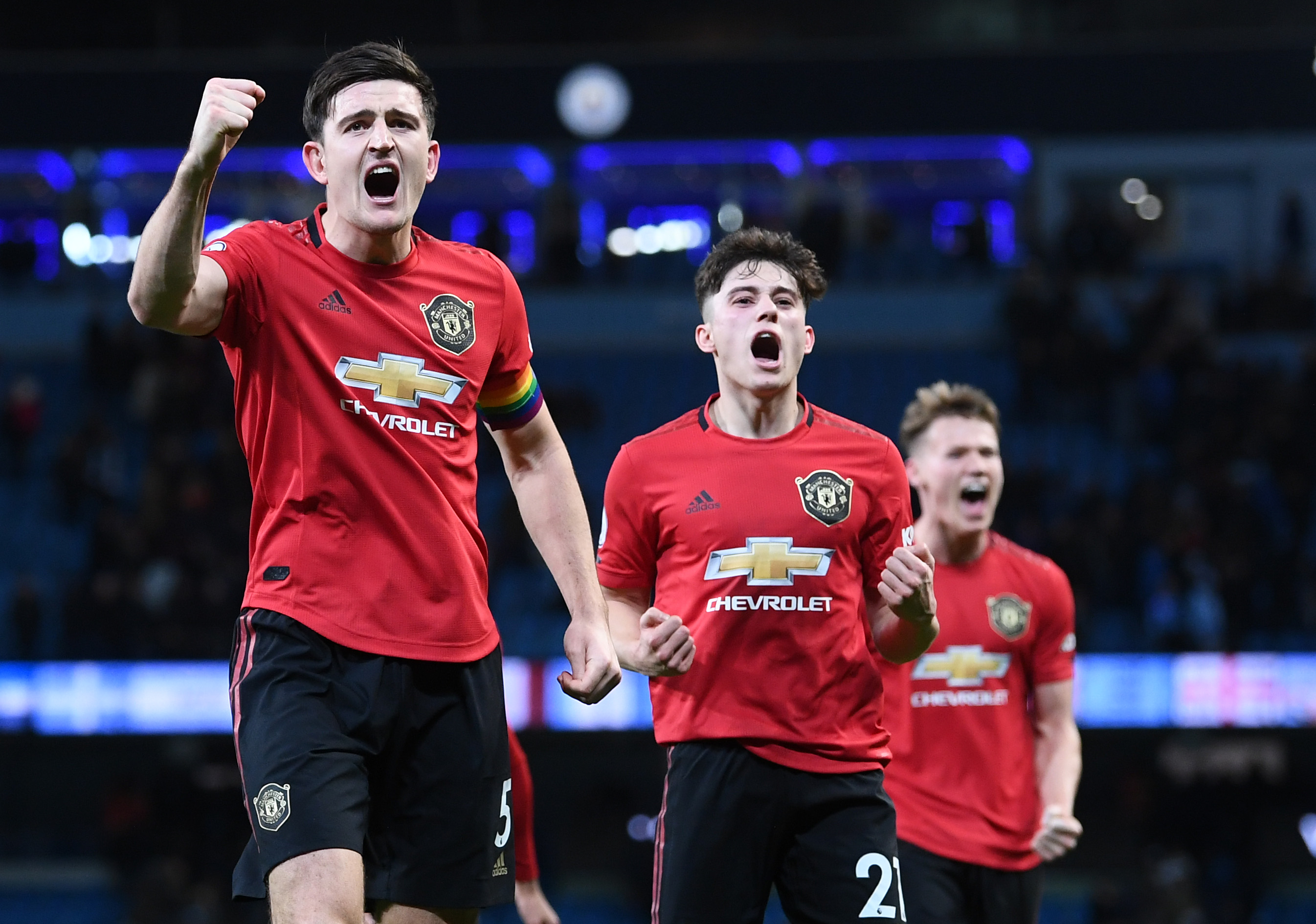 The capitulation of Manchester City’s title defence escalated on Saturday night as Manchester United provided a brutal, clinical counter-attacking performance on the night that was marred by racist abuse from the home fans.

The visitors were quickest out of the blocks and had already peppered Ederson’s goal in the opening 20 minutes when after 23 minutes Marcus Rashford jinked his way through the Manchester City defence before being blocked off by Bernardo Silva; inexplicably referee Anthony Taylor waved the penalty appeals away.

Thankfully for the away side, VAR was used to its most positive effect and the penalty was awarded. Rashford himself stepped up and stuttered his run-up to send Ederson the wrong way and calmly rolled into the bottom right-hand corner.

The Champions were on the rack and being shellacked on the counter-attack with Jesse Lingard, Daniel James, Anthony Martial and the swaggering talismanic Rashford running riot. Rashford should have completed a five-minute hat-trick, complacently rolling wide on one counter-attack, before another one led to him hitting the crossbar.

Solskjaer’s side weren’t to be denied and six minutes after the first they doubled the lead. Another counter-attack saw Martial and James play a one-two and the Frenchman squeezed a shot in off the near post. In truth, Ederson should have done better but Manchester United were good value for their lead.

The lead should have been halved when De Bruyne whipped a cross that found Jesus in front of goal in the six-yard box, but the Brazilian’s header went wide.

The second half was a calmer affair with another VAR review needed as Fred slid in and blocked a Walker cross with his hand. Any sensible viewer would conclude the Brazilian midfielder was genuinely using his hand to balance and VAR made the correct decision.

Manchester City had most of the ball as their rivals were happy to contain and with Sterling easily contained by the superb Aaron Wan Bissaka, the Champions never really looked like overturning the deficit. Rodri came close with a long-range drive that De Gea did well to tip over.

Riyad Mahrez came on as a substitute and his corner was thumped in by the head of Otamendi with five minutes to go and set up a grandstand finish. The Algerian again looked closest to an equaliser and couldn’t quite find the corner as De Gea saved once again.

The defeat leaves Guardiola’s champions 14 points behind Liverpool and three behind Leicester in second as the chance to become three times champions quickly slips away. Solskjaer’s Manchester United bounced back from a tame draw against Aston Villa last Sunday to comfortably defeat Mourinho and Guardiola in four days as a top-four challenge looks increasingly likely.

Racism in football has become an increasingly prevalent issue in recent years despite great strides being made. Saturday night saw one of the most obvious and saddening examples as Fred and Jesse Lingard were subjected to monkey chants and attacked by coins and lighters when taking a corner.

It is to be hoped the offenders are dealt with by the club and police and some action can take place on this occasion but talk of education and long term improvements appear to be pie in the sky.

No doubt there will be much hand wringing and hysteria as society looks for football to take a moral lead on racism, but football only reflects society and in an era of some of the most hateful, divisive, contemptible politicians in a long time society is going to hell in a handcart – don’t look to football to cure that.

Guardiola’s legacy on the brink?

Despite back to back Premier League titles including 198 points and a domestic treble, is Guardiola’s legacy on the brink?

The most expensively assembled squad in the history of English football has completely capitulated in its quest to be only the sixth side to win three league titles in a row. The incredible form of Liverpool, of course, needs to be acknowledged but so does the bizarre decision by Manchester City not to replace Vincent Kompany.

What is of more concern for Guardiola is the lack of pressing by his Manchester City team, this lack of pressing has created space for opponents in recent weeks with Liverpool and now Manchester United easily exploiting it and Chelsea incredibly unlucky not to.

If Guardiola is very worried about the off the ball side he will also be slightly concerned with his side’s work on the ball. Gabriel Jesus doesn’t offer the same clinical edge as Sergio Aguero and with Raheem Sterling and Kevin de Bruyne slightly off the boil in recent weeks, a title challenge looks a long way off.

If Laporte, Sane and Aguero can emerge from the injury list fully refreshed a Champions League run is still easily in Guardiola’s grasp, but otherwise he may be on the verge of a trophy-laden but underwhelming Manchester City career in the same way he experienced at Bayern Munich.

Solskjaer revitalised against the elite

Solskjaer has led Manchester United to a great number of huge wins against the top six, only losing two of thirteen.

In winning against Jose Mourinho and Pep Guardiola in the space of four days the Norwegian has breathed life into United’s season and his own career.

Solskjaer will now hope his inconsistent side can carry on this momentum against Everton, Watford, Newcastle and Burnley over Christmas and a lot will rest on his side’s lack of craft against the “bottom 14”. Whilst Solskjaer deserves huge credit for creating a blistering counter-attacking team, he might worry he needs a plan B for matches against the so-called lesser lights.

With the departure of Lukaku and the injury to Pogba, United looked to have an absence in attack. A penalty miss against Crystal Palace and a lethargic performance against Newcastle initially suggested that Rashford was struggling to cope with the pressure.

The young Englishman then deserves immense credit for bouncing back and his recent run includes 10 goals and assists in his last eight league games. Whilst it is still debatable that centre forward will ever be his long term position, his output from wide left is incredible and if Martial can stay fit and play in the number nine role Rashford can carry on his talismanic form even if Pogba ever returns or a new striker is bought.

Has the real Fred turned up?

The first 15 months of Fred’s Old Trafford career were a mystery and Manchester United fans must have assumed Ed Woodward had bought a different Fred to the one being pursued by Pep Guardiola and Manchester City.

Over the last few months, though, a real player looks to have emerged. In tandem with McTominay, Fred has ran riot against Tottenham and Manchester City in the last week. The Brazilian often struggled to impose himself and define what kind of player he really is. But with the second-most touches and key passes and most crosses and dribbles of any United player as well as chipping in with his work rate and defensive nous with McTominay, the Man City midfield was easily kept at bay despite their possession. If Pogba is back anytime soon, he may come into a midfield with a greatly improved platform from the one that he left before injury.