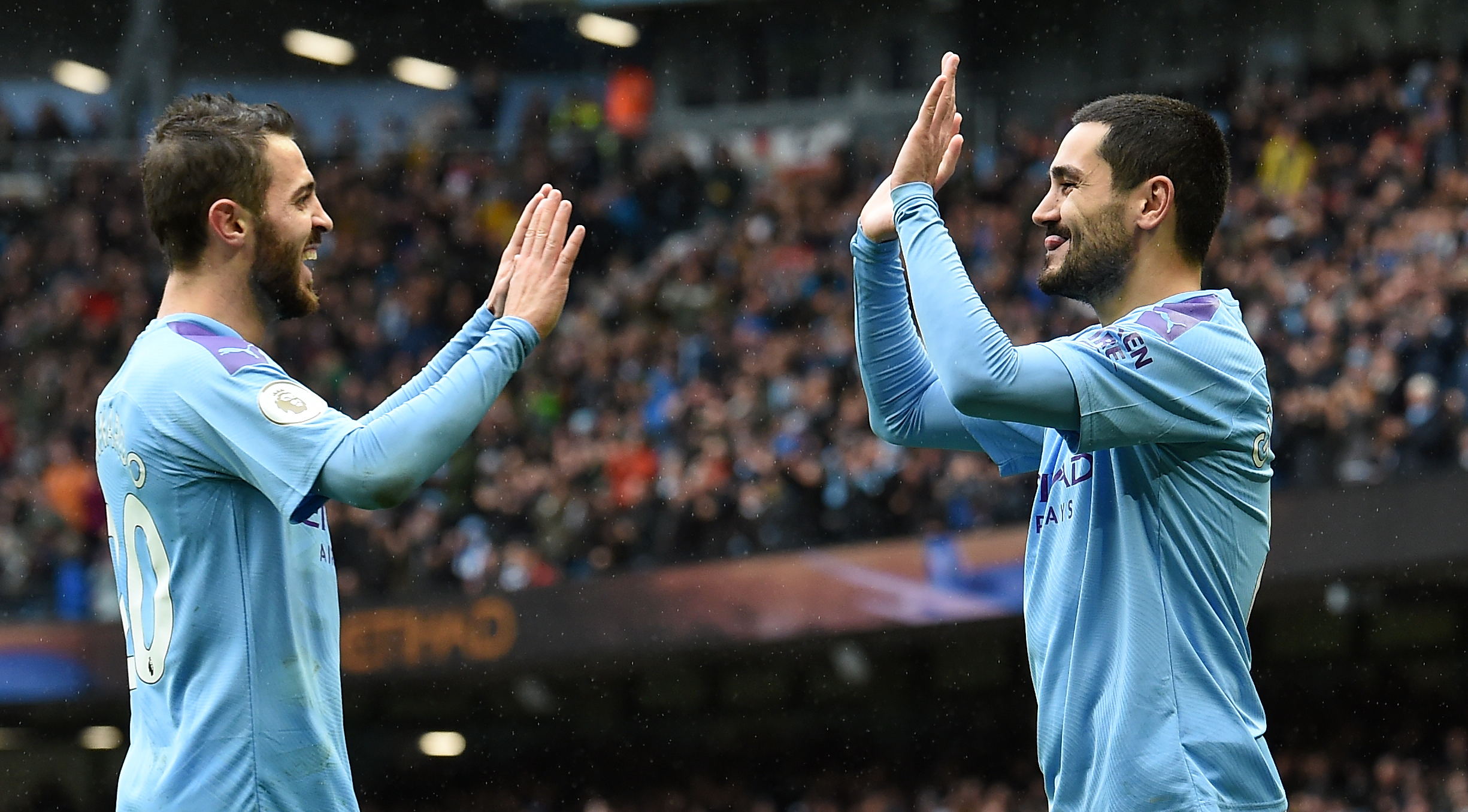 Saturday’s football kicked off at the Etihad Stadium, where Manchester City hosted Aston Villa as the Citizens looked for another three points in their quest for a third consecutive Premier League title. Villa’s game plan was clear from the get-go; defend in numbers, suffocate the space in between the lines, and commit men forward on the break.

For the first 15 minutes, there was a real fluidity about their movement, as Trezeguet, McGinn, Grealish and Wesley bombarded forward each instance they got; whilst still finding ways to track back and help out their defensive counterparts. City’s inability to get out of first gear and an inexplicable miss by David Silva made the first half look more of a friendly match than the Etihad is used to watching.

Aston Villa’s record of not conceding in the first half away from home stood intact as the teams went into the break at 0-0. However, that’s when efficiency became the moto for City. Ederson launched a pinpoint pass to Gabriel Jesus, who cushioned his header right into Sterling’s pass, who then slotted in coolly past Tom Heaton to break the deadlock 20 seconds into the second half.

City then pressed on for more, with David Silva getting the faintest of touches to claim City’s second amidst mild controversy before Ilkay Gundogan completed his clinic with a sumptuously controlled driven volley 20 minutes from time.

City finished the game with 10 men after Fernandinho recklessly got himself a 2nd yellow, but held on comfortably enough to ensure a clean sheet.

City’s second goal was initially awarded to Kevin De Bruyne, after his whipped cross seemingly beat everyone, including Tom Heaton, to nestle in the back of the Englishman’s net. David Silva celebrated the goal as his own, implying he got the final touch off the Belgian’s cross. However, Raheem Sterling appeared to be in an offside position at the time of Silva’s touch, and so the goal may well have had to be ruled out.

However, it was given at the moment to De Bruyne, and the match centre subsequently awarded it to Silva, on the day he claimed the record for highest number of starts for Man City. There was an element of controversy to the award, and while it was the first time VAR had given something City’s way all season, it reflects the imperfection of the system.

Ederson Moraes started the season just a little off, with his sub-optimal positioning against Spurs allowing Lamela to score the equaliser at 1-1. There was a slight hint of slowness in positioning too, from corners, but all that has been definitively reversed in the past few weeks.

After putting in a MoTM worthy display away to Everton, and then again pulling off a blinder of a save against Crystal Palace last week, Ederson continued to impress with and without the ball at his feet. Pulling off a brilliant save off McGinn in the first half, he helped set up City’s first goal of the day with a wonderful pass halfway across the pitch and zipped in another terrific pass to nearly put Sterling through on goal in the second.

He capped off his display with another late 1v1 save from point-blank range, fiercely protecting his clean sheet to the very end, at some personal cost to his body. There may not be a better goalkeeper in the world on form than City’s Brazilian at the moment.

Jack Grealish and his temperament

Jack Grealish looked very good in his 83 minutes at the Etihad, before he was subbed out as precaution to an injury, and indeed before he got himself sent off.

With Gareth Southgate among the attendees, Grealish put in a good display from left midfield, with deft touches and a good weight of pass, complemented by a willingness to help out Matt Targett when Bernardo and Joao Cancelo came knocking at Villa’s door.

However, Grealish was quite fortunate to be allowed to stay on the pitch for as long as he did, with the referee having two opportunities to give him his marching orders. Picking up a yellow in the first half for a tactical foul, Grealish continued to play on the edge, further impeding David Silva and Joao Cancelo in the second half when it looked like they had gotten the better of him.

Indeed, the commentator on the morning, Mr. Jon Champion, ventured a guess as to why Grealish hadn’t featured for England already, with temperament being his chief concern. Playing against possession-based teams is always hard, and it will get exponentially harder for Villa if they have to do so in the future without their captain and creator-in-chief.

Earlier this season, when Gundogan and Rodri started in midfield together, the build-up play, on the whole, was slow and lacked penetration. However, for the third game in a row, Ilkay Gundogan ran the midfield from the #6 role, picking up loose balls and distributing them to City’s attackers with great accuracy and speed.

From being the main scapegoat for a few dismal results to putting man of the match displays, it represents quite the turnaround for the German. With City’s CB problems stretching their squad to the limit, it may well pay off to have Gundogan continue in the #6 role, as his game goes up a fair few notches there, as seen last season too.

Against Villa, a clinical display was topped off by an expertly taken goal, with the ball breaking kindly for him, but requiring to be manoeuvred through several bodies to find the net and put the game beyond all doubt.

City welcome Southampton to the Etihad twice in the coming week, on the back of the Saints receiving the joint heaviest loss in the history of the league on Friday evening.

Aston Villa face Wolves in the Ro16 of the League Cup midweek, before a visit from the runaway leaders Liverpool on Saturday next.