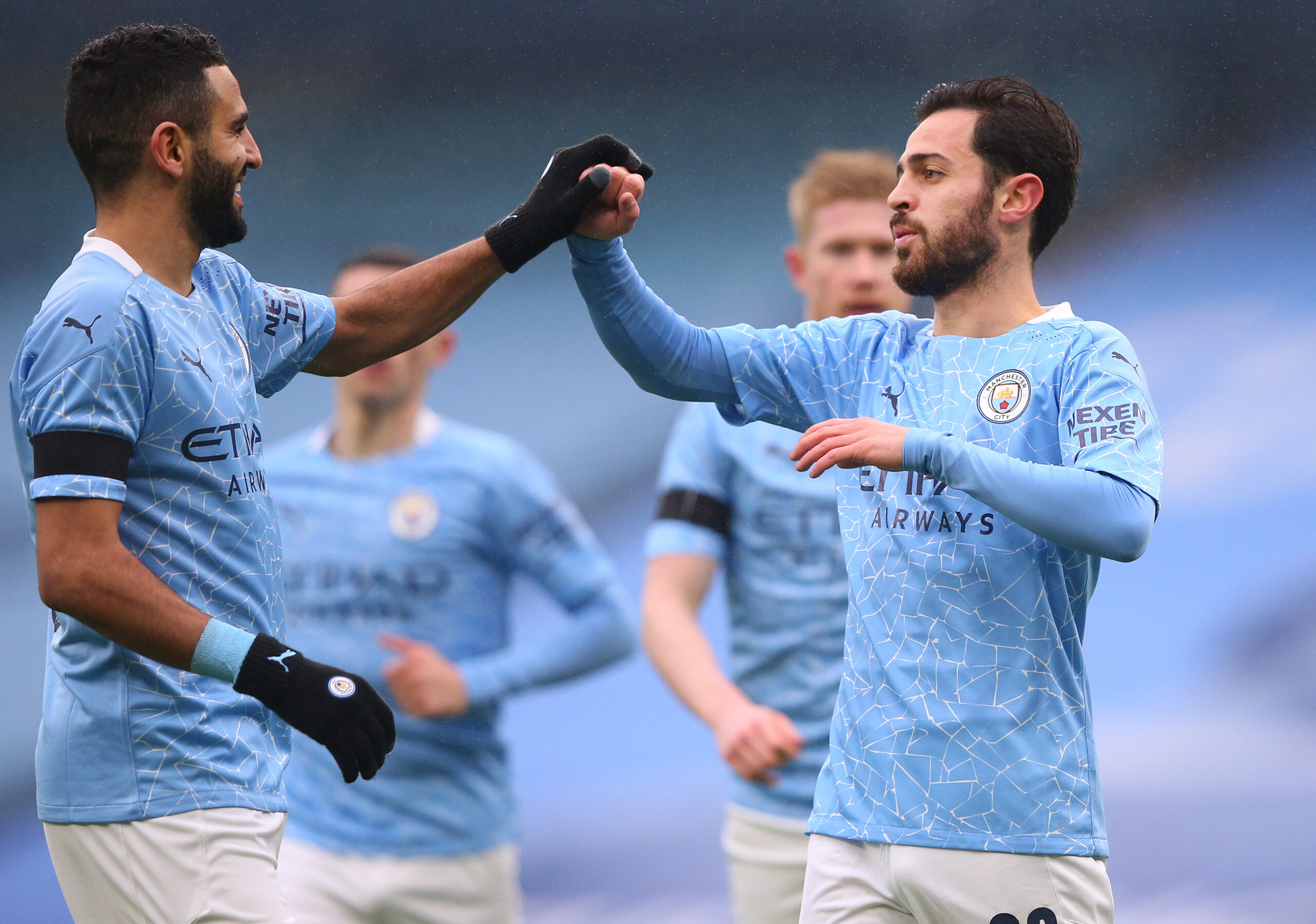 Red hot Manchester City face stumbling Brighton on Wednesday evening with both sides expected to make changes from their weekend exploits in the FA Cup.

City made five changes from the side that reached the Carabao Cup final with victory over Manchester United last week, despite missing several key figures through injury and Covid-19 isolation regulations. The Citizens were still able to dispatch Birmingham City with enough comfort to withdraw the likes of Kevin De Bruyne and Joao Cancelo at half time.

The Seagulls also made five changes as they faced lower league opposition in the cup but required penalties to overcome League Two side Newport County, a result that little to dispel the pressure on boss Graham Potter. A win would be enough to take City into the top four until the weekend at least, while Brighton go into game week 18 three points above 18th place Fulham, having played two games more.

Ederson is expected to make his first appearance of 2021, having returned to the matchday squad against Birmingham after a spell out due to Covid-19.

Pep Guardiola confirmed on Sunday that Aymeric Laporte is around a week away from a return to action, while Nathan Ake and Eric Garcia are doubts with injury concerns with Garcia also testing positive for Covid-19. John Stones will return to partner Ruben Dias in the heart of defence, with Guardiola set to choose his full-backs from Joao Cancelo, Kyle Walker, Benjamin Mendy and Oleksandr Zinchenko.

City also have a fully fit midfield contingent to call upon, with İlkay Gündoğan likely to return having been rested on Sunday. Rodri was substituted midway through the second half in that match and is expected to start again on Wednesday, though City’s forward line is bordering on impossible to predict.

Kevin De Bruyne was replaced at half time at the weekend and will surely start, though that could be in midfield or as a striker or right-winger. Bernardo Silva and Phil Foden have both impressed in recent run-outs and remain in contention along with Riyad Mahrez, while Ferran Torres and Gabriel Jesus could feature after recovering from Covid. Sergio Aguero will miss out as he isolates after being in contact with someone who tested positive last week, while Raheem Sterling will be assessed after missing the Birmingham clash over fitness concerns.

Robert Sanchez will return in goal in place of FA Cup penalty hero Jason Steele, who was majorly at fault for Newport’s equaliser deep in injury time. The Seagulls fielded many of their regular defenders in an unfamiliar back four on Sunday night but are expected to return to a back three against City. Tariq Lamptey is expected to miss out once again with his knee issue, but otherwise, Brighton have a fully fit defensive contingent.

Yves Bissouma serves a one-match ban having accumulated five yellow cards, with Ben White or Davy Pröpper likely to deputise in the centre of midfield. Adam Lallana and Steven Alzate both missed the trip to Wales through illness but could return on Wednesday, with Pascal Gross, Alireza Jahanbakhsh and Alexis Mac Allister also options in the middle.

Leandro Trossard should return in attack having featured only as a substitute on Sunday, with Neal Maupay likely to lead the line if Danny Welbeck fails to recover from a knee injury. Andi Zeqiri is also in contention, having made his first start for the club against Newport, while South African winger Percy Tau could make his first Premier League appearance having been finally been granted a work permit, two years after signing for the Seagulls. Aaron Connolly remains sidelined with a hamstring issue.

City look almost unbeatable on current form, while Brighton can’t get a league win for love nor money. Games like these are not where Premier League survival is won or lost and it’d take a bold individual to back the Seagulls against arguably Europe’s form team right now.