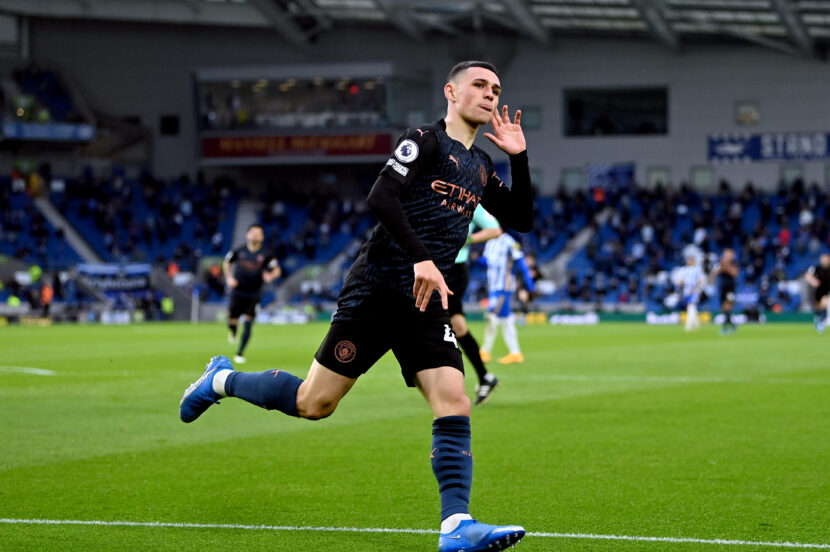 Sunday marks the final Premier League game for arguably the greatest striker in the league’s history, as Sergio Aguero will take to the Etihad Stadium for the final time before moving on to pastures anew. The Argentine striker who’s responsible for possibly the most iconic moment in the league’s history (Courtesy of Martin Tyler, of course) and who hold the honour of the highest goalscorer in the club’s history will sign off with yet another Premier League title to his name, and the club’s players and staff will no doubt aim for his tenure with City to culminate by lifting European football’s biggest trophy.

It will also mark the deserved coronation of the Champions in what has been a season of adaptation, to be precise. With the coronavirus pandemic impact the close of last season and pre-season for this marathon, the vast majority of clubs have been forced to operate under distress – on both the financial and the fitness fronts. Both these sides best exemplify that phenomenon, with City operating completely striker-less for pretty much the entire campaign, and with Everton’s title charge coming to an abrupt halt with their entire first-choice midfield being forced onto the treatment table simultaneously.

There did seem to be a slight hint of ‘bad blood’ between the two sides when their encounter earlier in the season had to be postponed owing to a virus outbreak within the City camp, but things have since been patched up. Presently perched 8th in the league table, Everton face an uphill task to secure a Europa League spot for next season. While still mathematically possible, it would require them to conjure up an upset at the Etihad, and need other results to also go their way. Hence, aiming for 7th place (and hence secure their position for the maiden Europa Conference League) looks to be a slightly more realistic target for the Toffees.

City have nothing else to play for in the league itself and seem to have taken their foot off the pedal already, best exemplified by their recent defeats against Leeds, Chelsea and most recently Brighton. However, Guardiola did mention previously that he would look to allow his players a chance to gain back match sharpness before stepping out in Porto against Chelsea and did indeed name-drop Sunday’s encounter as a great chance to get ready for the final. I expect to see a reasonably strong lineup, but still not show all the pieces of the puzzle he’s brewing to spring onto Thomas Tuchel and Chelsea in just a week’s time.

The 10,000 fortunate fans who will be gathered in the Etihad Stadium are pretty much guaranteed to get a chance to bid farewell to Sergio Aguero, while Everton will try their level best to play spoiler as they look to do their bit to quality for the Europa League. It should be a good game!

The man of the moment, Sergio Aguero, seems to have shaken off the issue that kept him out of the matchday squad in recent weeks, and looks set to take to the pitch in his final outing in Manchester. Whether his fitness levels permit him to start, or be subbed on, remains to be seen, with a final call to be made by the city staff just before the game.

Guardiola announced that he has no injury concerns going into the bout on Sunday, with De Bruyne – who caused a massive, massive scare after missing the last couple of games – also training. Ilkay Gundogan was on the end of some very rough tackles against Brighton, but he seems to have shaken them off and should be available for selection. Likewise is Kyle Walker, who twisted his ankle while spending some time with his family at home.

Joao Cancelo is suspended following a controversial red card against Brighton, and will not be able to take any part in this game.

Jean-Philippe Gbamin continues to be a long-term absentee for Carlo Ancelotti and his men. The gaffer confirmed in his press conference that James Rodriguez will not be able to play a part against City after he was unable to recover from his calf injury. Everton fans and management alike have been left morose at the mercurial Colombian’s season being cut prematurely short due to injuries, and will be hoping he’s able to come back with a vengeance to be their midfield maestro and take them to newer heights next season.

Club captain Seamus Coleman had a problem during their recent 1-0 victory over Wolves, which will rule him unavailable for selection on Sunday.

The remainder of the squad is fit and available for Ancelotti to call upon, as the Merseyside club looks to end its season on a high.

Manchester City (4-3-3): Ederson; Walker, Dias, Laporte, Mendy; Rodri, Bernardo Silva, Fernandinho; Torres, Sterling, Jesus (with Aguero coming off the bench in the second half to a wild reception from the City faithful)

I expect a draw to be played out at the Etihad, as no matter what Guardiola says, he will definitely look to protect his players ahead of the biggest game in the club’s recent history. Everton too, will make it their mission to ruin Aguero’s farewell, but a sturdy City defence anchored by Laporte and Co. should meet them head-on, before lifting the trophy to mark a well-deserved league title.