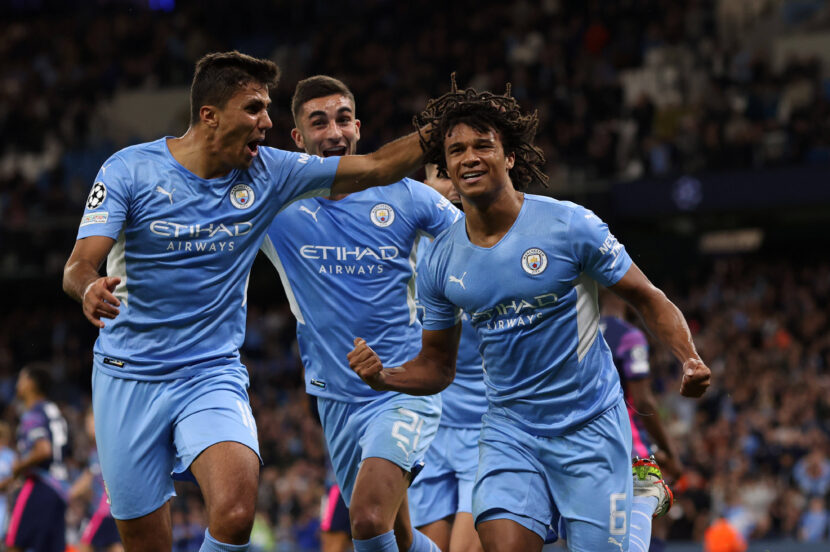 Manchester City embarked on a remarkable 21-game winning streak last season on the back of a hard-fought 1-0 victory against Southampton at St. Mary’s, en route to a convincing Premier League title victory and a Champions League final clash. Pep Guardiola’s side face the Saints again on Saturday, this time at home, and the gaffer has called for more City faithful to bolster the stadium’s atmosphere, as the Cityzens look to make it 5 home games in a row in which they’ve scored 5+ goals.

It would definitely be foolhardy to think that City will just nonchalantly be able to take Southampton to the cleaners on Saturday, but the sky blues could definitely use the momentum going into an extremely torrid week and a half, as they face Chelsea, Paris Saint-Germain and Liverpool in back-to-back-to-back away games following this weekend (and a 3rd round Carabao Cup bout against Wycombe).

Guardiola will be especially keen to bounce back in the Champions League after his City side put in a rather tame display in last season’s final and came out second best by a comprehensive margin; even without a striker, Pep had named the same starting XI three weeks in a row for only the first time in his managerial career, and will be looking to keep his side sharp for the daunting run of fixtures to come.

Southampton have had a relatively solid start to this Premier League season, after holding Manchester United to a 1-1 draw at Old Trafford, before sharing points with Newcastle and West Ham. The Saints are still adjusting to life after Danny Ings, and will need to be at their best creatively and disciplined defensively to get a result against the Citizens. Ralph Hassenhutl has his task cut out for him, but a manager of his calibre usually finds a way to throw a spanner in the works and position his side appropriately to come away with something.

Centre-half duo John Stones and Aymeric Laporte missed out the Champions League game midweek with injuries, and it will likely be too soon for them to feature against the Saints. Dutch international Nathan Ake filled in and even scored against Leipzig, moments before his father passed away. Ake is expected to still be available for selection on Saturday.

Kevin De Bruyne should be fit enough to feature, whereas Phil Foden should only feature from the bench, if at all, as the City boss looks to ease him back into the lineup after a relatively long spell on the sidelines. Ilkay Gundogan should be set to return to the starting XI.

Ralph Hassenhutl confirmed in his pre-game press conference that Theo Walcott and Stuart Armstrong will miss out the game due to injury. Striker Shane Long is ‘back in the squad’ following a recovery from the coronavirus, and should ideally be available to be called upon.

William Smallbone has returned to first-team training after a lengthy spell away due to a knee injury, and while he may be fit enough for just a few minutes off the bench, it is not expected that he will play any part on Saturday.

I expect Manchester City to continue to the sizzling hot form they’ve exhibited in front of goal so far this season, and that should be enough to see them earn the 3 points on Saturday.