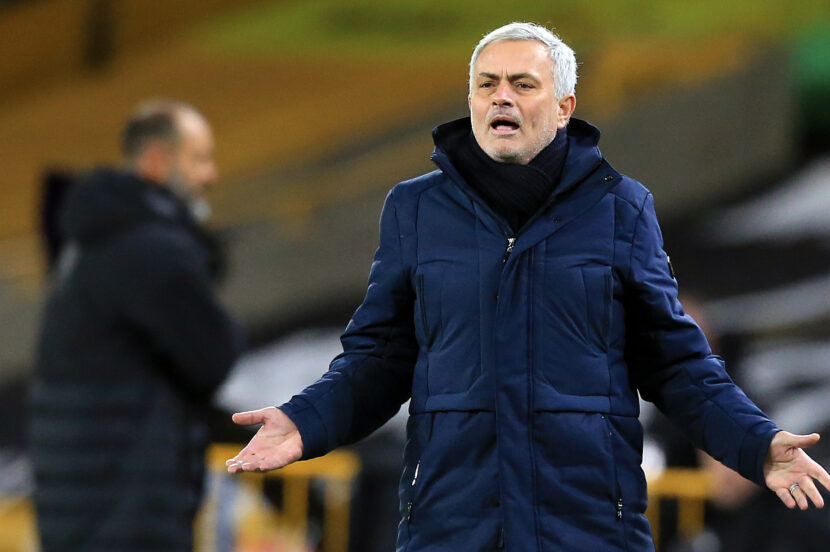 Tottenham Hotspur are next in line to try and break Manchester City’s superb run of victories, with the two teams meeting for the final time before the League Cup final in April.

Manchester City have enjoyed one of their fruitful runs of victories – 10 in the league and 15 in all competitions. In fact, the last time City lost a game in any competition was against Spurs back in November. As a result, they have emerged favourites to end the campaign top of the table, a position they currently occupy and will be looking to consolidate on Saturday.

However, City have been outplayed tactically on a number of memorable occasions by Tottenham, particularly under Mourinho, who has claimed six out of six points from Guardiola’s team since taking the helm at Spurs. Regardless of the chances that City relentlessly create, Tottenham often manage to wriggle out of a defeat, so Guardiola should be on his guard.

As is often the case, City are competing in a small handful of competitions, even this far into the season. As expected, the Citizens waved off Swansea in the FA Cup on Wednesday and face Everton in the quarter-finals. The knockout stage of the Champions League begins in midweek, and the final of the Carabao Cup against Tottenham is coming up in April. To compound this, City are five points clear at the top of the table. This is all pretty typical progress from a Pep Guardiola team.

Sloppiness has just been something Spurs fans have had to live with for a long long time now. The behaviour has been ingrained in Tottenham’s DNA, seemingly regardless of which players are playing. And when you watch Tottenham in any game, slightly wayward passes and dodgy defending often lead to an undesirable scoreline. With Manchester City the upcoming opponents, we could see a plethora of goals in the home side’s favour if Spurs don’t get their act together.

The shaky defence but lightning-quick attacks of Spurs meant we were treated to a thrilling FA Cup fixture on Wednesday night. Tottenham went ahead once and behind twice in regular time, to eventually go into extra time 4-4 at Everton’s Goodison Park. One of the most entertaining games we’ve witnessed this season ended 5-4 to the Toffees, leaving Tottenham rueing the multitude of chances they wasted.

In terms of the table, Tottenham have a game in hand over many of the teams above them, and thus would still be in the running for a Champions League spot with a victory over City. Of course, in this rollercoaster of a season, they are likely to be contenders for the top four regardless of the weekend’s results, but a jump into fifth position would look much more credible at this stage of the campaign.

Rodri and Fernandinho both suffered minor injuries prior to their FA Cup fixture, while Dias also missed out with a fever. Rodri and Dias are expected to be available come Saturday, though Fernandinho will miss out.

Elsewhere, Kevin De Bruyne continues to recover from a hamstring injury, while defender Nathan Ake builds up match fitness. Covid complications have kept Sergio Aguero out of first-team action since December. The Argentine continues the recovery process and will be out on the weekend.

Perhaps the biggest loss for Tottenham recently has been Sergio Reguilon, who has been away with a muscle injury since January and is likely to be unavailable for a little longer. On the opposite side, Serge Aurier could be a doubt after coming off injured against West Brom last weekend.

Contrary to speculation, Gareth Bale didn’t feature on the bench in midweek only because of a minor muscle injury. Meanwhile, Gio Lo Celso continues to recover from an injury he’s been enduring since December.

Every time Tottenham play Manchester City, it seems to be fifteen City shots to every one of Spurs’. But Spurs like to take their chances against the Citizens, so are in with a shot on Saturday.