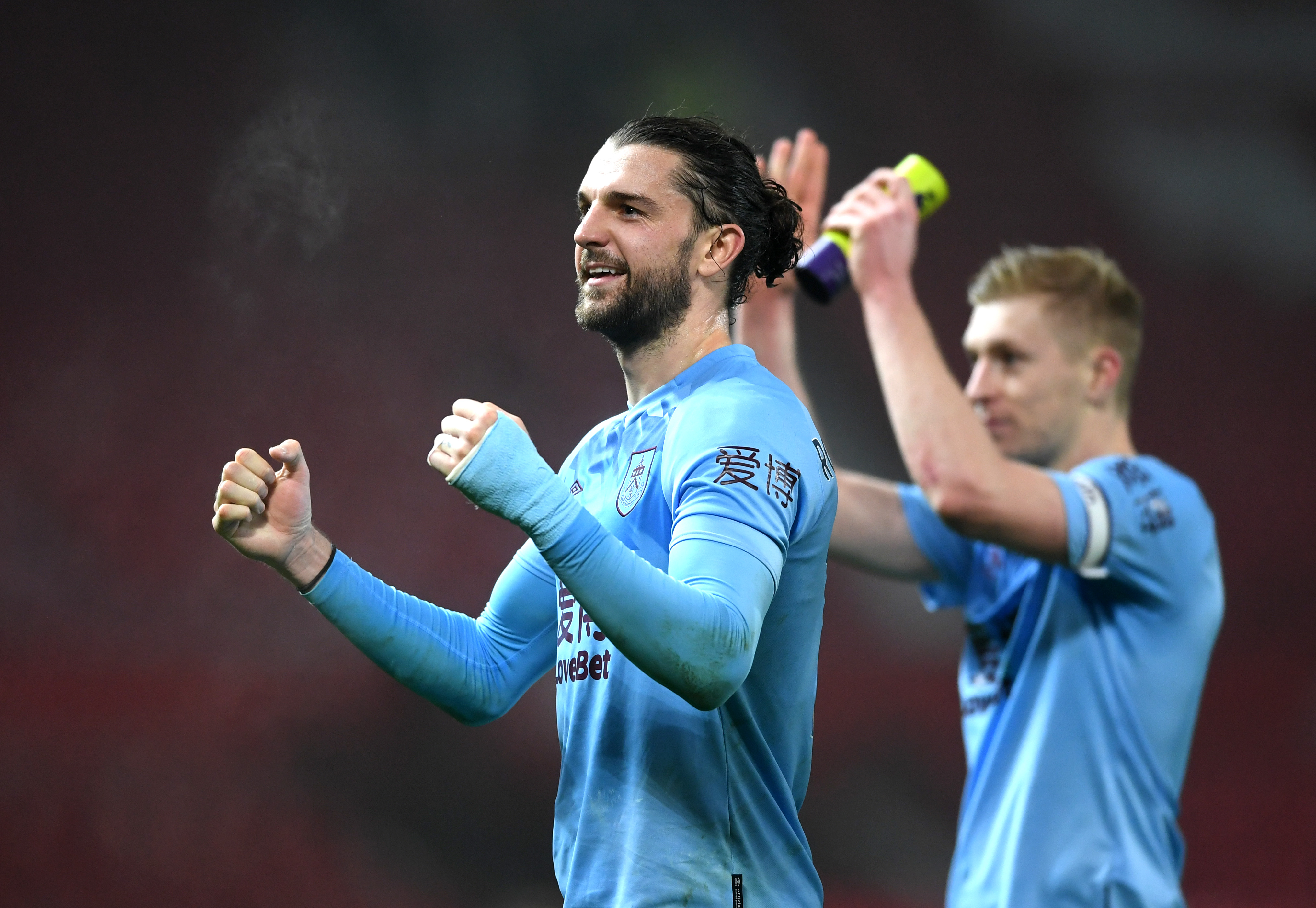 After losing their seasonal grudge match with bitter rivals Liverpool last weekend, Manchester United were looking to bounce back, welcoming the arrival of a Burnley side they’ve not lost to since 2009.

However, on the back of a 2-1 victory over Leicester in the previous fixture, the Clarets were full of confidence. Confidence which put them in good stead for the trip to Manchester and ended with them walking away 2-0 victors, with goals from Chris Wood and Jay Rodriguez.

As for the game itself, Manchester United dominated throughout yet they just lacked that killer instinct to faze the visitors. Though Burnley were ultimately on the back foot for most of the match, they’re a team who grow in confidence minute by minute when level or in front.

Anthony Martial squandered an early opportunity for the hosts after he was unable to connect cleanly with an Aaron Wan-Bissaka cross. United continued to put pressure on the hosts but a theme of their performance throughout would see them give away possession too cheaply, time and time again.

Chris Wood then came close to opening the scoring after a deep free-kick saw the frontman unmarked, but he unable to hit the target. Arguably the best chance of the match came shortly after. Anthony Martial again squandering an opportunity for the hosts, this time thwarted by some excellent defending by Burnley defender Charlie Taylor, after the Frenchman’s footwork let him down. Soon after Chris Wood was gifted another opportunity from a deep free-kick and after some more poor United defending; this time, the Kiwi saw his effort rattle the net and open the scoring.

Not much changed in the second half. United continued to press forward, but for no reward and found themselves with a real uphill struggle before sixty minutes had past. A neat one-two between the Burnley frontmen saw Jay Rodriguez riffle home a thunderous shot into the top corner, with David de Gea left asking more questions from his defence.

Nick Pope was kept busy right till the very end of the match, but nothing too troublesome for the England keeper. This victory for Burnley was Sean Dyche’s first in ten attempts against Manchester United – a game he’ll certainly remember.

How long does Solskjaer have left?

Just as it only takes a second to score in football it doesn’t take long to go from hero to zero as a manager. Last year’s run of performances saw the Norwegian legend given the job full time, but almost a year on, it seems his time could be coming to an end. It seems the heart has left the club, with an almost fearful performance against the Clarets. But how long does he have?

The transfer window is almost over, so I cannot see the club letting him go anytime soon, but it’s very doubtful he’ll make the following season. With Pochettino still looking for a job, he seems the perfect replacement to finally build a project for the most successful Premier League club and return them to the Sir Alex Ferguson era.

It’s amazing how two wins can change your outlook on the season. Very close to being dragged into a relegation battle one week, they now are only four points off European football. Burnley’s win at Old Trafford has arguably seen them recover from any concerns for the rest of the season, but what was more impressive was the result saw the Clarets record their eighth clean sheet of the season.

Only the league leaders have kept more clean sheets than the Lancashire club, but even more impressive is the fact only three teams in the league have conceded more this season. There seems to be a pattern with their results, all eight clean sheets have come from their nine victories, but they have conceded an average of three goals per game when losing. If Sean Dyche can channel these clean sheets into a more consistent basis, who knows what Burnley could achieve.

Chris Wood’s opening goal last Wednesday was the Kiwi’s 10th of the season, equalling his tally for the previous two seasons at the club. Ten goals in twenty-two games is an impressive tally for any striker in the Premier League, especially from a club who have only scored twenty-eight goals all season.

But the question is, has he caught the eye from others in the league? Chelsea, Tottenham and Manchester United are all on the hunt for a striker this January and the Burnley man could be the answer. He looks to be an ideal replacement for the likes of Tammy Abraham and Harry Kane due to his physical presence, but also has the ability to add crucial goals to any of these teams and could be the difference of Champions League or Europa League football next season.

With club captain Ashley Young no longer with the club, summer signing Harry Maguire has been handed the reign for the foreseeable future. A career achievement for the England defender, he grew in popularity with English fans around the country after the 2018 World Cup but has failed to live up to his world record transfer fee since his move to Manchester.

Blasted by former United defender, Rio Ferdinand, for his part in Burnley’s opening goal; he branded the defender too soft, a trait unwanted in the captain of one of the biggest clubs in the world. A club historically known for the passion on the pitch from their players, you would never see the likes of Gary Neville, Roy Keane, Nemanja Vidic and Wayne Rooney allow the current performances slide. Maguire’s first job is to take control of this team, demand respect from his fellow teammates and bring back the fight of the Sir Alex era. Once a leader is in place, team performances will follow.