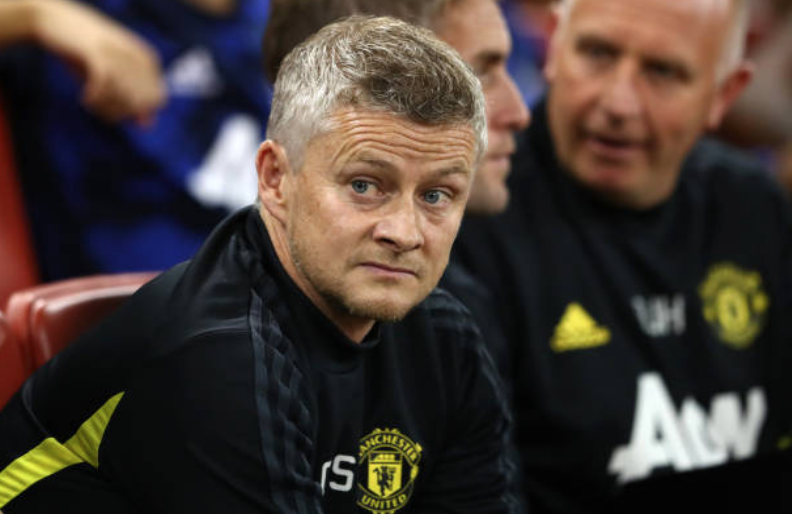 In came the baby-faced assassin – the man who knew what it meant to play for the club and things couldn’t have started much better for Ole Gunnar Solskjaer, winning ten and drawing two in his first 12 games in charge. This fine form led to his permanent appointment but the players slipped back into their old ways and the club began to drift away from the rest of the pack once again.

The Red Devils will now have to settle with Europa League football for another season, but this may aid the club in their quest to get back into Europe’s most prestigious club competition.

Similar to most summer transfer windows in the post-Sir Alex Ferguson era, United have been linked with an endless list of supposed targets.

However, the club had only signed Aaron Wan-Bissaka in a £50m deal, and Daniel James in a £15m deal. As both have proven over the duration of pre-season, they are very shrewd signings with endless potential. That was until this week when they paid a staggering £85m for England international, Harry Maguire as the Red Devils look to build a solid defense ahead of the new campaign.

Wan-Bissaka has been astute at the back, putting in challenge after challenge and this signing was a relief to United fans, who have struggled as they watched their side play makeshift full-backs for too long. The 21-year-old will be key in United’s efforts to shore up their leaky defence and with the arrival of Harry Maguire, they may have the best back four since the Ferguson era.

The other new-arrival Daniel James has been outstanding in pre-season so far. The Welshman is electric and has taken up his place on the right and left-wing. He was initially brought in as a squad member, but it has become clearer over pre-season just how valuable his new manager perceives him to be.

The fans were perhaps hoping for a statement signing in their attacking line and this may very well still happen. With Romelu Lukaku keen to swap Manchester for Italy, rumors had surfaced that the Old Trafford side are working on a sensational swap deal to bring Paulo Dybala to the club yet this has since been put to bed due to wage demands. Elsewhere, the club continues to be linked with Sporting CP’s Bruno Fernandes and Lazio’s Sergej Milinkovic-Savic (should Paul Pogba leave which looks unlikely).

The three signings United have already made will certainly aid them in their attempts to firstly finish in one of the Champions League spaces. But, if they were to conclude one of the other high-profile signings previously mentioned, there is no denying that they will be a club to be feared in the upcoming season.

Man United have had a very strong pre-season, winning all of their six matches. The most recent came on Saturday as they drew with AC Milan, before beating the Italian side on penalties.

The players have looked sharp, energetic and raring to go for the new season. In each game, Solskjaer’s philosophy continues to make its mark on his squad. United were pressing high up the pitch and they didn’t give opposition players any time to dwell on the ball. Solskjaer will be very pleased with the work ethic and will be confident heading into the opening fixture, which fast approaches. The Red Devils host Chelsea on Sunday in what is expected to be a cracking tussle.

The youth and fluidity of their attack is undoubtedly the biggest strength United have heading into the new season. Last season, four players netted ten or more goals in the Premier League – and three were part of the forward line. Even if Romelu Lukaku were to leave the club, Marcus Rashford appears hungrier than ever to step up and be the main man. He and Anthony Martial have been outstanding in pre-season, inter-changing and finding the net with great regularity.

James has undoubtedly shown his quality and will be crucial in the upcoming season. But, it’s the performances of Mason Greenwood that have got United fans most excited.

The 17-year-old has been nothing short of sensational in pre-season, finding the net twice and scoring in the penalty shoot-out win over AC Milan. Greenwood has more academy goals than Rashford and is the next big name to come out of the United academy. His performances have been so good that his manager has come out and claimed that he could start against Chelsea.

The consistency of the team is something that will continue to worry United fans. Last season, Ole won 14 out of his first 19 games in charge, but after his appointment, the side went on to claim two wins in eight games in all competitions and they crashed out of the FA Cup and the Champions League. Later, they were handed a 4-0 drubbing by Everton, rubbing salt into the wounds.

There is undoubted talent in the United squad, but they need to become a mentally tough side that can withstand pressure and become more consistent.

The obvious issue that continues to exist is the Reds’ defence. Wan-Bissaka has been phenomenal in his work so far, but he alone was never going to fix the disjointed backline. Despite the large transfer sum, the signing of Maguire was needed if the club does not wish to set any more unwanted records. United fans may be frustrated that they couldn’t get the deal done sooner as he joins up with his new teammates with the season about to begin – which is not the most preferable time to land your big-money signing.

As has already been discussed, the forwards will be critical to the success of the club this season – but it is the midfield that is perhaps the most key area. Last season, there was simply no creativity in midfield aside from Pogba. There was a lack of goal-threat and as a result, the attackers struggled with the burden of constantly needing to be the players to change the game.

The midfield will be more crucial than ever in the forthcoming season, however. Scott McTominay has put in a string of excellent performances in pre-season and appears to be a certain starter on the opening weekend. The Scot has been marauding up and down the pitch, linking with the defence and the attack. He is creative and is now a real threat in front of goal. Andreas Pereira has also been astute in his work when given the opportunity.

If they can carry this form into the new season and provide the forwards with similar chances, there is no reason why United should finish outside of the top four. Despite this, the club should most certainly look to conclude deals for either Fernandes or Milinkovic-Savic before the deadline if they wish to succeed in the Europa League and finish comfortably within the top four.

There is expected to be another close race for the top four next season, however United have what it takes to finish there. The club should be realistic and should not expect to challenge for the title, but they will be motivated by the disappointment of last season and will want to right the wrongs.

Manchester United will head into the new season with great confidence, and rightly so. It is a relatively young squad and Solskjaer will need to find a way of keeping up the consistency even if results begin to dip. United went on a bad run and ended up playing with no confidence all too frequently last season. If they can maintain consistency and stop shipping goals at the back, the Red Devils could be in for a very exciting campaign.