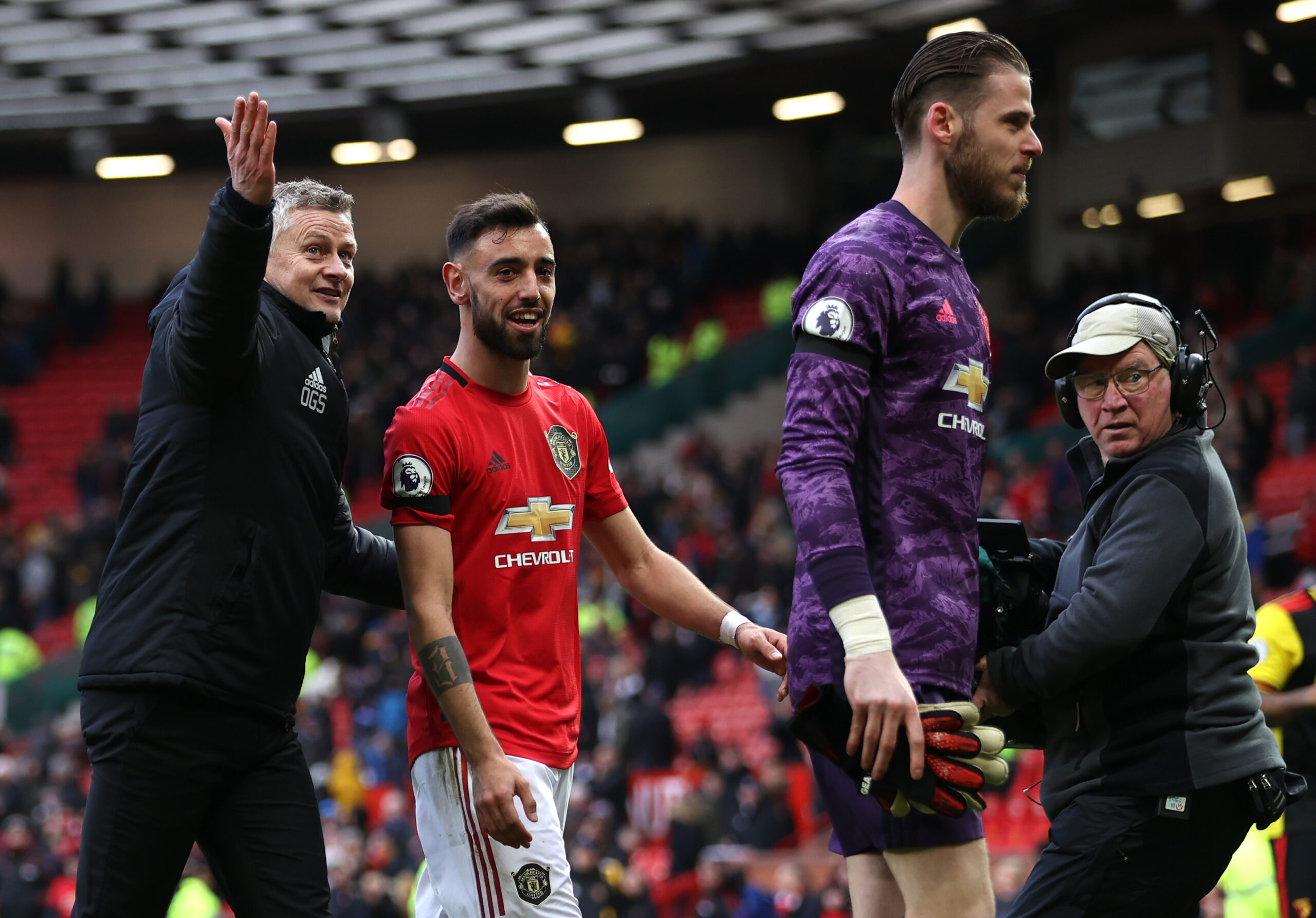 Man United returned from a lengthy period away from Old Trafford with a victory against a Watford team who seem to have lost all of the early confidence that they had under Nigel Pearson.

It was a big game for both teams, with United looking to close in on a top-four spot while a draw for Watford would have carried them out of the bottom three. It seemed as well that Watford were looking to settle for a point from their lineup as well, with Sarr and Welbeck left out in favour of more defensive options. In contrast to this, United lined up with Greenwood and Martial, which eventually proved dividends as they both got onto the score sheet.

Surprisingly, the opening stages resulted in a large sum of Watford chances as Deeney and Doucoure both came close a few times, however, it is those missed opportunities that cause so many teams troubles when they are down at the bottom, as the United midfield gradually gained more control in the centre of the park.

A spell of United pressure followed, and Bruno, when brought down by Foster was able to cooly convert his first United goal from the penalty spot, much to the delight of the Reds fans who appear to adore the player already in his opening weeks as their player.

As half time emerged, chants of “Bruno! Bruno! Bruno!” rung around Old Trafford, as the Watford players grew desperate to reach the half time break.

After the break though the Hornets seemed to come out of their shell a bit. An Adam Masina cross couldn’t quite reach Troy Deeney as the ball went out of play for a corner which Craig Dawson was able to help onto the Watford captain who steered it into the net. Unfortunately for Watford, VAR adjudged Craig Dawson to have handled the ball in the build-up, and the goal was disallowed.

From that moment, it seemed all of Watford’s confidence was gone, and shortly after, Martial was smartly able to lift the ball over a stranded Ben Foster to make it two. It was a brilliant finish from the Frenchman and with ice in his veins, he seems to continue improving in the finishing department for United, and seems to finally be showing why the Glazers spent that money on him a few years ago.

It was all United. Mason Greenwood was soon also able to bend it around Ben Foster to make it three, and that sealed the points for United. Greenwood on his first start in 2020, has recently been labeled as United’s “starboy”, with the youngsters future seemingly being close to home at Old Trafford, with the fans in love with the player already.

The woodwork was struck for both teams in the closing exchange as Odion Ighalo against his old team struck the outside of the post while Deulofeu hit the top of the crossbar for Watford. None of these would have affected the result though as United ran out as comfortable winners.

The January signing has simply been brilliant since joining from Sporting Lisbon. His control of the midfield and darting runs forward have helped United gain a certain level of consistency in the team and in their results, and if his form carries on like this, he will be sure to drag United even closer to the Champions League positions.

Is there any hope for Watford?

They seem to be a shadow of the team that was there when Pearson took over. The fast-flowing counter-attacking football is anonymous, with the exception of a few clear cut chances that they have calved out in the early stages of games.

The confidence seems to be gone, and the only consolation for Watford fans is that all the teams around them, except for Brighton also dropped points. Defensively, they also have to improve, or the Hornets will be facing relegation in May.

To finish off these talking points, just a quick mention for Odion Ighalo. It was his lifelong dream to play at Old Trafford, and with the whole stadium (including Watford fans) delighted to see him finally reach his goal, it is a quick reminder of the beauty of football and the game itself.