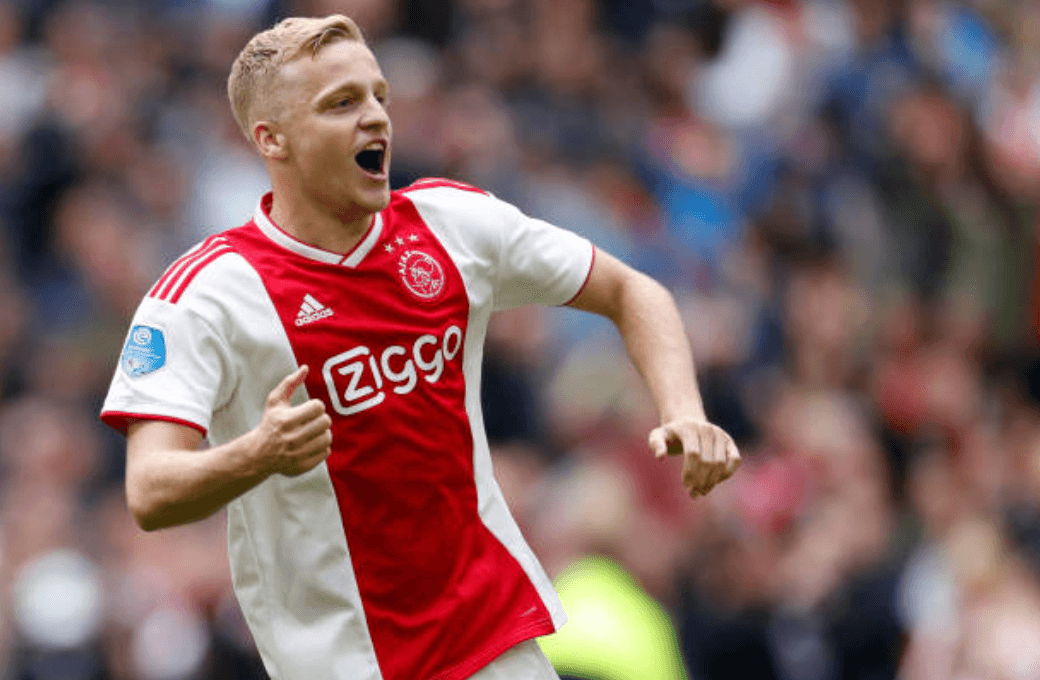 After helping guide AFC Ajax to their 34th Eredivisie title and 19th KNVB Cup last season, Donny van de Beek alongside a number of his Ajax teammates have received vast attention across Europe and are subject to moves this summer.

The Dutch champions also found themselves minutes away from the Champions League Final before Tottenham’s heroics sent them home packing – a competition in which they beat the reigning champions Real Madrid and heavily favoured Juventus, led by Cristiano Ronaldo.

Dutch football expert Marcel Van der Kraan, who spoke to radio show talkSPORT on Monday suggested the 22-year-old van de Beek, who has already been linked with a number of clubs, ‘has his eyes set on the Premier League.’

The exhilarating youngster had an equally exhilarating campaign last season managing 17 goals and 13 assists in the iconic red and white strip of the Amsterdam based side. Kraan stated on talkSPORT “I think he’s (van de Beek) a proper Premier League player – he’s got a big tank, he’s got the education from Ajax, he can play in more positions in midfield.”

He added, “I think he’s got his eyes set on a club like Man United or Tottenham Hotspur.” With speculation mounting regarding the future of Christian Eriksen and Paul Pogba at their respective clubs, a move for the versatile midfielder would make sense yet Ajax may not be happy to let one of their stars leave considering they’ve already sold Frenkie de Jong to Barcelona for a fee of £67.5m whilst central defender and club captain Matthijs de Ligt is almost a certainty to leave following interest from a host of clubs across Europe.

“My situation is I have a contract with Ajax and I am really happy” stated van de Beek after his Netherlands side were defeated by Portugal in the inaugural Nations League. “You never know what is going to happen in the future but I can say nothing about that,” he added.

A move for the youngster would depend on the future of their respective midfielders and the transfer budget each squad holds but the 22-year-old is certainly a talent and his presence in the Premier League one day soon would be no surprise to anyone.