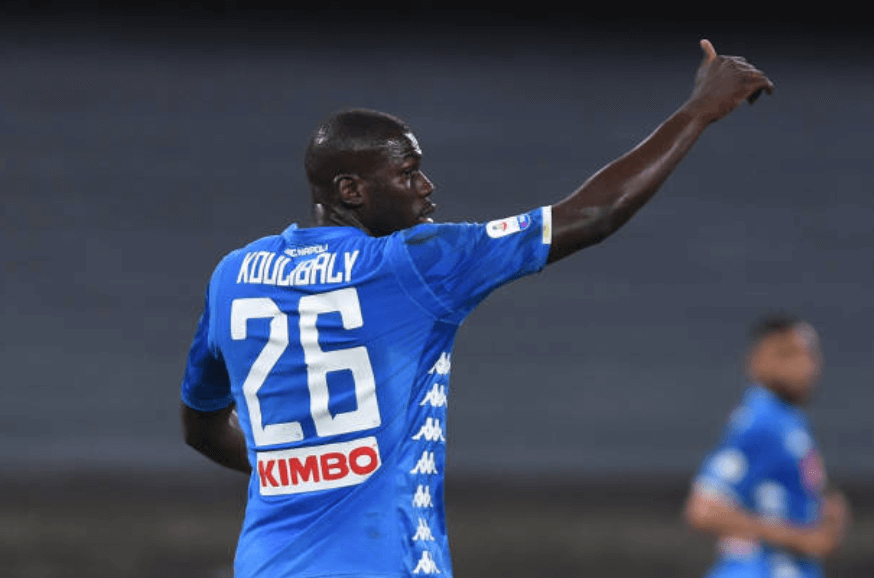 The Mail has suggested this weekend that Manchester United have made an £84million bid for Kalidou Koulibaly, who is understood to now be the number one target in central defence for Ole Gunnar Solskjaer’s side this summer.

The move for the Senegal international could mean the end of Manchester United’s pursuit of wonder-kid Matthijs De Ligt, which increasingly looks like an unlikely deal.

Koulibaly, who kept 19 clean sheets and helped guide Napoli to a second place finish behind Juventus in the Serie A last season, has been linked with a move to Old Trafford since last year and if the Red Devils cough up for the defender, they would be breaking the world record transfer fee for a defender which was paid by Liverpool in their £75m coup of Virgil Van Dijk 18 months ago.

The £84m could be increased though with Napoli president Aurelio De Laurentiis stating in the past that it would take a remarkable offer for him to allow his star to leave the club.

The Naples based club are understood to want at least £89m for a move to even be considered and United must move quickly as the 27-year-old has a £133m release clause which becomes active next year.

Paris St Germain are also interested in the towering defender with Serie A winning Juventus also keen on adding him to their squad. One thing is for sure which is Manchester United are desperate for a new central defender and after conceding 54 goals during the last Premier League campaign, a player such as Koulibaly would certainly help patch up their leaky defence.

The defender joined Napoli five years ago for just £6.5 million meaning a move to United at around £89m would times his value by over 1300%. He has appeared over 150 times for the Serie A side scoring 10 goals and one thing is for sure is that the born Frenchman would make a great addition to the Premier League and a move would be eagerly anticipated by all Premier League fans.