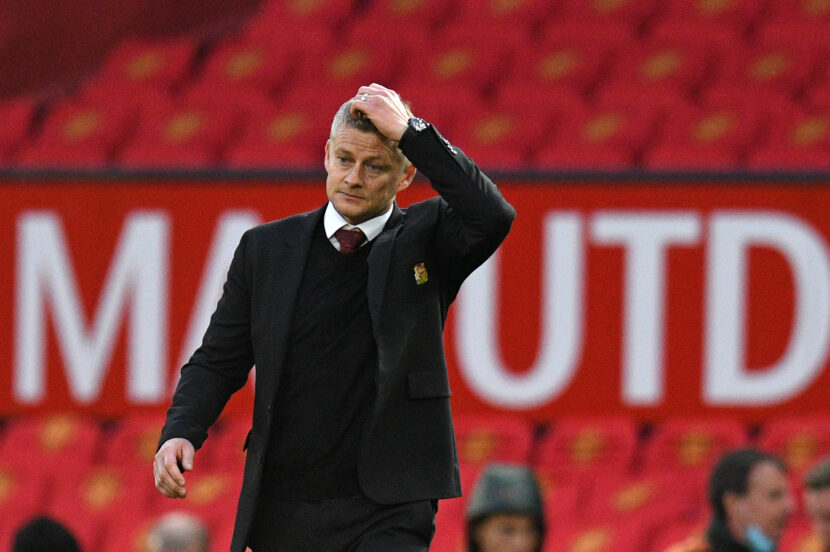 The Red Devils have been much improved since the 6-1 loss at home to Spurs, but remain 15th in the league. The Gunners are two points and four places ahead, having played a game more.

Both sides made changes for their midweek wins in Europe and are expected to rotate once again as they bid to keep key men fresh amid a testing schedule.

Anthony Martial serves the final game of his three-match suspension following his dismissal against Spurs, while Jesse Lingard and Eric Bailly remain sidelined by injury. Left back Alex Telles has missed the last two games and will again miss out, having tested positive for Covid 19.

David De Gea is expected to continue in goal, though the unit in front of him is harder to predict. The Red Devils employed a back three to tremendous effect against PSG and could revert to that formation once again.

If Solskjaer opts for a back four, captain Harry Maguire looks set to continue his partnership with Victor Lindelof in the centre of defence, with Aaron Wan Bissaka on the right. Luke Shaw faces competition from Brandon Williams on the left.

All five will likely start if the Red Devils lineup with a back three, with Wan Bissaka and Williams on the flanks. In midfield, Fred was the only player to start against both Chelsea and Leipzig and could be given a rest with the likes of Paul Pogba, Scott McTominay, Nemanja Matic and Donny Van De Beek all available.

Bruno Fernandes and Marcus Rashford look certain to start on Sunday having been rested on Wednesday, while Daniel James and Juan Mata could both return also. If Solskjaer opts to start with two central forwards, Rashford will likely be partnered by one of Edinson Cavani, Odion Ighalo or Mason Greenwood.

The Gunners made wholesale changes for Thursday’s Europa League visit of Dundalk and will largely revert to the side that started the 1-0 defeat to Leicester last weekend, though David Luiz and Bukayo Saka both suffered injuries against the Foxes and are considered doubts for Sunday.

Like Ole Gunnar Solskjaer, Mikel Arteta faces the dilemma of whether to lineup with a back three or four, with his decision likely to be affected by the amount of first team defenders currently on the sidelines.

David Luiz joins Rob Holding, Pablo Mari and Calum Chambers on the injury list, while Sokratis Papastathopoulos was not included in Arsenal’s Premier League squad submitted on October 20th. Shkodran Mustafi and Gabriel Magalhães are the only senior central defenders confirmed to be fit, though Kieran Tierney and Sead Kolasinac are capable of lining up on the left of a defensive three and Grabit Xhaka has filled in recently.

Hector Bellerin has established himself as first choice right wing back this season and should continue, with Tierney and Kolasinac available on the left. Ainsley Maitland-Niles offers cover on both flanks.

Thomas Partey has impressed since his move from Atletico Madrid and will likely continue in the middle alongside one or more of Xhaka, Dani Ceballos and Mohamed Elneny. Willian missed the defeat to Leicester with a calf injury but has returned to full training and could return.

Captain Pierre-Emerick Aubameyang will aim to end his domestic goal drought on Sunday, though he again looks set to start on the left. Alexandre Lacazette faces competition from Eddie Nketiah in the middle, while Willian will compete with Nicolas Pépé as well as Bukayo Saka and Reiss Nelson on the right.

United look a different side to the one dismantled by Spurs but face the second meanest defence in the league this season. The Gunners and in particular Pierre-Emerick Aubameyang have suffered in front of goal in recent weeks so this looks like another cagey, low-scoring affair.