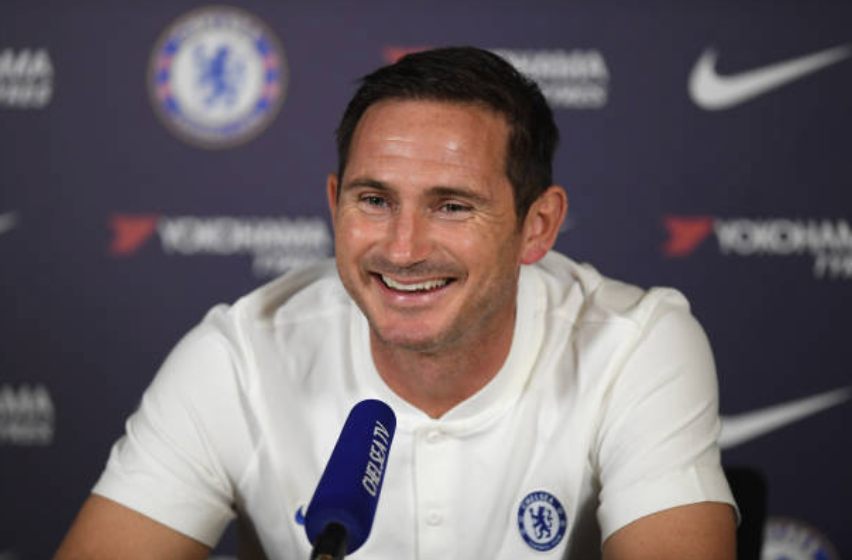 Solskjaer will be looking to forget the tumultuous end to last season and get the 2019/20 campaign off to a flying start. The Norwegian knows that another finish outside the top-four could be disastrous for both the club and his managerial reputation and United fans are hoping for a positive performance after a promising preseason.

Chelsea once again faced another managerial overhaul as Maurizio Sarri left for Juventus and was replaced by club legend Frank Lampard. Sarri arguably over-achieved with the squad at his disposal last season, managing to squeeze into the top-four and win the Europa League. However, he was unable to successfully impose his philosophy on the squad and no doubt left the club frustrated at what many believe to be overly-harsh criticism of his methods.

Sarri was replaced with Lampard who came off the back of a successful first season in management with Derby County in the Championship. Lampard will be looking to galvanize a Chelsea side that looked jaded and uninterested for long stretches of last season and the morale boost of having a massively successful club legend might just be the key to it.

The 2019/20 Premier League season is shaping up to a massively important campaign for both sides which makes this opening game crucial. Solskjaer will be looking to recapture the results and performances that earned him the job last winter and get his side on the road to a comfortable top-four finish.

The stakes don’t feel quite as high for Lampard who should be given a lot more leeway from the Stamford Bridge faithful given his history with the club and the limitations faced by Chelsea in the transfer market this summer. Nevertheless, a win against an old rival away from home would be an invaluable morale boost in the early stages of the season.

Solskjaer would have been desperate to add some quality to the side over the summer transfer window and United have arguably done that. The additions of Aaron Wan-Bissaka and Harry Maguire will undoubtedly improve United’s back four. Additionally, the purchase of youngster Daniel James from Swansea could also turn out to be a shrewd bit of business as the Welsh winger could add much needed pace to United’s flanks.

However, the loss of Marouane Fellaini earlier this year and Ander Herrera this summer has left United’s midfield looking a little light. Rumours surrounding Bruno Fernandes, Sean Longstaff and Paulo Dybala never quite materialised and United go into the new season needing big things from players like Scott McTominay and Fred if they are to mount a serious challenge for the top four.

Keeping Paul Pogba is no doubt a massive boost but the Frenchman needs to find some consistency this season if he is to drive his side to success. Up top, the sale of Romelu Lukaku to Inter Milan late in the window puts the pressure of the upcoming season on the shoulders of under-performing Anthony Martial and Marcus Rashford.

United will be without Eric Bailly this Sunday who suffered a serious knee injury in preseason and there are doubts over the fitness of Pogba, Alexis Sanchez, Andreas Pereira and Timothy Fosu-Mensah.

Chelsea faced similar, albeit self-induced, woes in the transfer market this summer. A two-window FIFA transfer ban for illegal activities relating to the signing of foreign u-18s players meant Chelsea were very limited in what they could do this summer.

The loss of Eden Hazard to Real Madrid leaves Chelsea without their biggest attacking threat this season. Despite this, Chelsea were shrewd in their limited dealings this summer. The permanent signing of Mateo Kovacic from Real Madrid was some smart business and the arrival of Christian Pulisic should offset some of the worry after Hazard’s departure.

Questions remain about the futures of returning loanees but Tammy Abraham looks set to stay at Chelsea this season and may even feature against United this weekend.

Callum Hudson-Odoi, Ruben Loftus-Cheek and Antonio Rudiger will all miss out on the trip to Old Tarfford this weekend as they continue to recover from long-term injuries whilst Willian and N’Golo Kante face late fitness tests ahead of this season’s opener.

This will be a close one but United have had a good preseason and should be the more confident of the two after making some much-needed additions to their back four. Chelsea will make it difficult for them and I fully expect this to be a cracking match to get the season kicked off for both clubs.