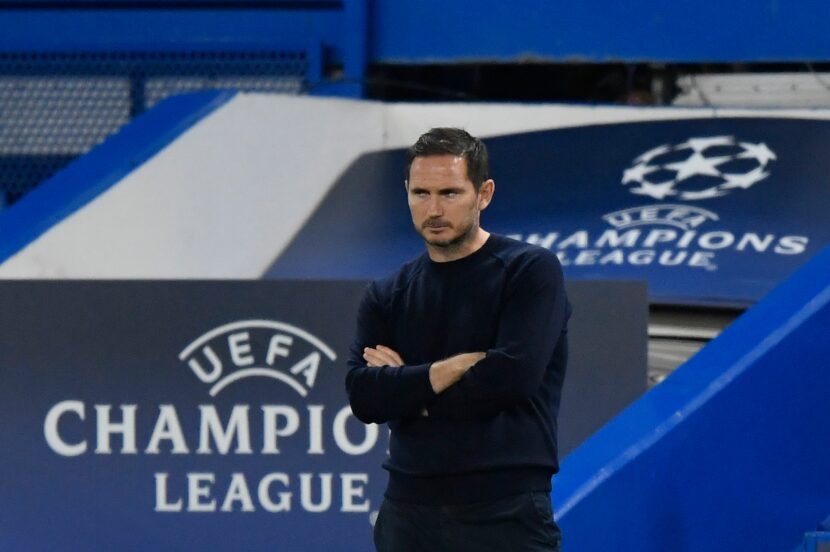 Manchester United host Chelsea in Saturday’s evening kick-off following stern tests for both clubs in the Champions League on Tuesday.

United overcame Paris Saint Germain in the Parc des Princes, while the Blues played out a tense goalless draw at home to Europa League winners Sevilla. The Red Devils made three personnel changes from their starting lineup against Newcastle last Saturday amid a tactical reshuffle to a back three, with Alex Telles making his debut at left wing-back. Chelsea also made three changes from their draw with Southampton.

The main talking point around Manchester United’s preparation for this game is whether they will persist with a back three following a solid display against PSG. Captain Harry Maguire missed the trip to Paris with a knock but is expected to return to the starting lineup whether they employ a back three or four. Axel Tuanzebe appears most likely to make way, despite a commanding performance against the likes of Kylian Mbappe and Neymar.

If Ole Gunnar Solskjaer opts for a back three again, Maguire will likely slot into the middle, tasked with organising the unit that is likely to consist of Luke Shaw on his left and Victor Lindelof on his right. Eric Bailly looks set for a spell on the sidelines after suffering another injury, with Tuanzebe or Marcos Rojo likely to feature in the matchday squad as cover. Aaron Wan Bissaka is expected to start on the right, whichever formation the Red Devils employ, while Alex Telles looks certain to continue at left wing-back if they retain a back three.

The midfield looks harder to predict, with only Bruno Fernandes seemingly certain to start. Nemanja Matic looks set to compete with Scott McTominay, Fred and Paul Pogba for the two deep-lying roles behind the Portuguese, with Solskjaer expected to start with two central forwards. Anthony Martial continues to serve his domestic suspension following his red card against Spurs, paving the way for Mason Greenwood or Edinson Cavani to deputize alongside Marcus Rashford.

The likes of Timothy Fosu-Mensah, Juan Mata, Jesse Lingard and Daniel James could all feature if Solskjaer opts to rotate his squad again, with Champions League clashes with Red Bull Leipzig and Istanbul Basaksehir looming. Donny van de Beek is another whose inclusion remains unpredictable, though the Dutchman is available to make his first league start if called upon.

Blues keeper Kepa Arrizabalaga did not travel to Manchester and along with long term absentee Billy Gilmour, the Spaniard is Chelsea’s only availability concern ahead of the trip to Old Trafford. Edouard Mendy returned against Sevilla and is expected to continue in goal. In defence, Frank Lampard faces several selection dilemmas as his side prepare for the third of seven games in 22 days.

It appears a straight shootout between Reece James and Cesar Azpilicueta at right-back, while Ben Chilwell has established himself as first choice on the left ahead of Emerson and Marcos Alonso. In the middle however, Thiago Silva, Kurt Zouma, Andreas Christensen, Antonio Rüdiger and Fikayo Tomori are all vying for what is expected to be two places. Silva and Zouma started against Sevilla, while Christensen played the full 90 against Southampton last week in place of Silva.

Jorginho and Ngolo Kanté appear to be Lampard’s first-choice midfield anchor pairing, though Mateo Kovacic will likely be called upon sooner rather than later with games coming thick and fast. Further forward, Hakim Ziyech could make his first league start after substitute appearances in the last two games. Though Ziyech is expected to feature on the right-wing, it is not clear who is most likely to be sacrificed to accommodate him, with Mason Mount capable of playing anywhere along the line and Christian Pulisic and Kai Havertz improving.

Striker Timo Werner is expected to start and will hope to continue where he left off in the league, netting his first league goals against Saints last weekend. Tammy Abraham and Olivier Giroud are set for back up roles again.

Two of the most impressive attacking units, but also two of the least convincing defences. United’s shuffle to a back three could stifle the Blues’ recent success in wide areas through James and Chilwell, but the real battle looks to be through the middle. I can see this one ending all square.