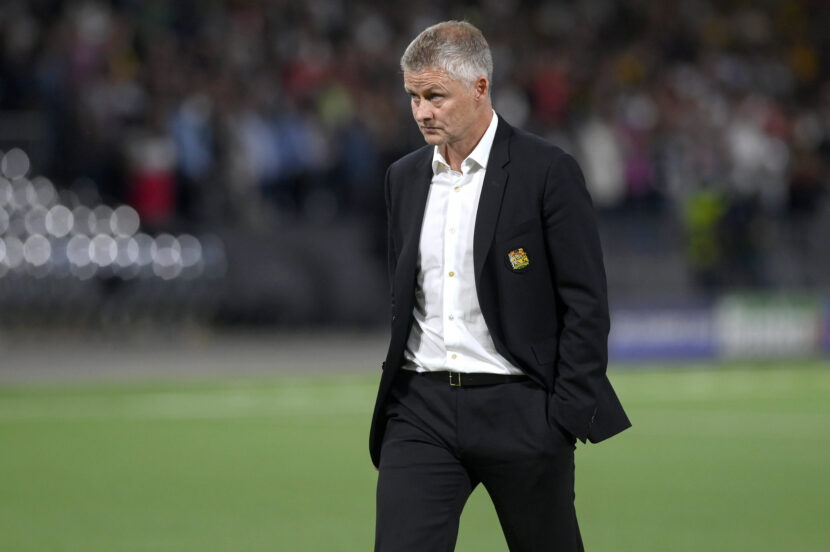 Two teams near the summit of the Premier League table kickstart match week seven on Saturday lunchtime as Manchester United host Everton at Old Trafford. Both teams are level on points having accumulated 13 from their opening six matches, one point behind leaders Liverpool.

The hosts will be buzzing from their huge midweek result against Villarreal in the Champions League, as the inevitable Cristiano Ronaldo scored a 95th-minute winner to breathe fire into their European campaign. Saturday’s game will be their third at Old Trafford in the space of a week and the effect of Ronaldo’s Wednesday night winner will be felt in the stands tomorrow, something Ole Gunnar Solskjaer will look to use to his side’s advantage.

Following their last outing in the league, a 1-0 loss to Aston Villa last Saturday, it will be very intriguing to see if Ronaldo will be on penalty duties following the last second miss from compatriot Bruno Fernandes. October and November are incredibly tough for Solskjaer’s side, with Saturday’s match starting a run of fixtures including Leicester City, Atalanta (twice), Liverpool, Tottenham, Manchester City, Chelsea and Arsenal. If the Red Devils come out the other side in touching distance of the league leaders and still in the Champions League, there will be a growing sense of anticipation around Old Trafford.

However, a win against Everton before the international break is vital to keep in touch at the top of the table. The Toffees have enjoyed a solid start under new boss Rafa Benitez, but have yet to be tested against the country’s finest. An upset win at Old Trafford would do a lot for Benitez, whose appointment wasn’t exactly greeted with unified joy amongst the Goodison Park faithful.

However, he has got Everton playing decent football and scoring goals, and the arrival of Andros Townsend and Demarai Gray for a combined £1 million have been two of the bargain signings of the season so far. With injuries threatening to hinder their progress under Benitez, the two English forwards with a point to prove will be hoping to make their mark again, this time on one of the biggest stages in English football.

The last time these two met was a thrilling 3-3 draw behind closed doors during the pandemic. With a full Old Trafford behind them, the hosts will be looking to go one better and grab all three points.

Marcus Rashford and Amad Diallo are missing due to injury, with captain Harry Maguire also joining them on the sidelines until after the international break. Luke Shaw missed the midweek win but is set to return to the starting XI, despite his deputy Alex Telles scoring the equaliser with a wonderful volley.

The temptation to rest Ronaldo will be there for Solskjaer, but the Portuguese’s importance has never been so paramount, with five goals from his five games thus far. Edinson Cavani could lead the line should he be rested.

Everton will be without a string of first-team stars including the influential Seamus Coleman, Dominic Calvert-Lewin and Richarlison. Alex Iwobi will face a late fitness to prove his availability. There was some positive news on the injury front for Benitez however, with Jordan Pickford expected to return in goal. Salomon Rondon will spearhead Everton’s attacks in Calvert-Lewin’s absence, with the Venezuela looking for his first in blue following his summer move.

I expect the hosts to have too much for Everton given the latter’s injury problems. Missing their two primary attackers in Calvert-Lewin and Richarlison will be a huge loss, despite the positive impact of Gray and Townsend. They will still cause this United side problems, who looked less than secure with Varane and Lindelof in defence in midweek. However, the abundance of attacking talent at Solskjaer’s disposal should be too much for an Everton back line who have kept just two clean sheets in eight games all season.