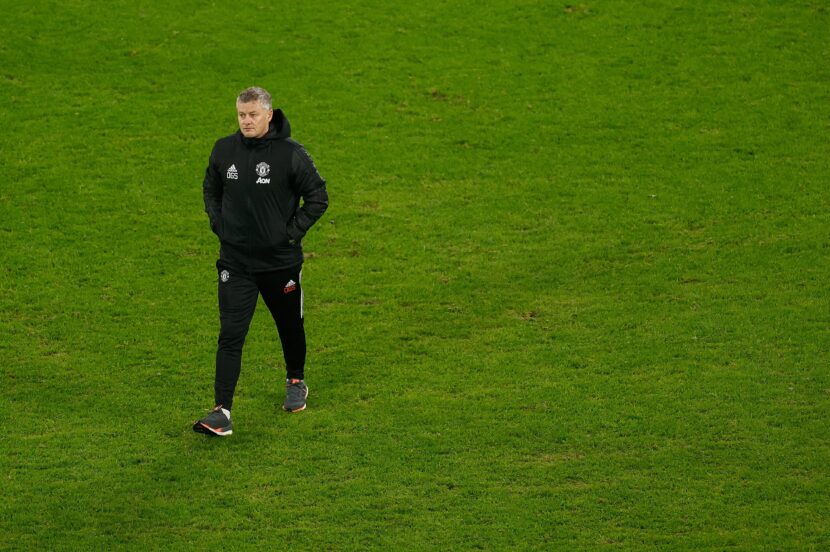 United won three of the four Manchester derbies played in 2019/20 and approach the game on the back of four straight Premier League wins, despite crashing out in Europe during the week. City have won their last two and sit one point and one place below United in the Premier League table in seventh, though both sides have a game in hand on those above them.

Both teams could make changes, though the Red Devils are likely to retain more of their midweek starting XI with City resting several key names for their final game dead rubber victory over Marseille. Sergio Agüero is fit and will likely feature in some capacity for City, while Edinson Cavani and Anthony Martial could return for United.

David De Gea faced criticism for his performance on Tuesday, particularly relating to his slow reactions in the build-up to Leipzig’s third goal. Dean Henderson remains in contention having started his first league game for the Red Devils against West Ham, but De Gea is expected to retain his place.

The decision to start a back three in Germany proved disastrous and suggests the Red Devils will immediately return to a back four for the visit of City. Harry Maguire will captain the side from the centre of defence and could be partnered by Eric Bailly or Axel Tuanzebe if Ole Gunnar Solskjaer opts to replace Victor Lindelof. Aaron Wan-Bissaka looks certain to start again at right-back despite a torrid evening against Leipzig, while Alex Telles will hope to fend off competition from Luke Shaw and Brandon Williams on the left.

Midfielder Fred was sorely missed on Tuesday and will surely return on Saturday, with one of Scott McTominay, Nemanja Matic, Paul Pogba and Donny van de Beek likely to partner as a double pivot. Bruno Fernandes appears undroppable at this point and will surely start, either in a central attacking role or on the wing depending on Solskjaer’s tactical setup.

Fringe players such as Juan Mata and Daniel James remain options in midfield alongside forgotten man Jesse Lingard, while Marcus Rashford and Mason Greenwood could also be deployed on the wings or upfront. Edinson Cavani and Anthony Martial both missed the trip to Leipzig but could be fit in time for the visit of City, with Solskjaer confirming that Martial is available but that Cavani will be assessed.

Pep Guardiola made nine changes in midweek as he rotated his squad, with only Riyad Mahrez and İlkay Gündoğan keeping their places from Saturday’s victory over Fulham. Ederson will return in place of Zack Steffen in goal, with an entirely different back four in contention to return. There are signs that Joao Cancelo has usurped Kyle Walker as the first choice right-back, while Benjamin Mendy has impressed at left-back since his return from injury and will likely replace Nathan Aké.

In the centre of defence, Rúben Dias should continue his record of starting every league game since he joined the club, with John Stones emerging as his most likely partner having performed strongly since returning to the side. Aymeric Laporte played the full 90 against Marseille but remains available alongside Aké, though Eric Garcia will miss out having lasted less than half an hour on Wednesday before departing with injury.

Rodri was rested entirely in midweek and will return to anchor the midfield, with İlkay Gündoğan, Fernandinho, Bernardo Silva and Phil Foden set to compete for the second pivot role behind the imperious Kevin De Bruyne. Sergio Agüero marked his return to action with a goal against Marseille and offers competition to Gabriel Jesus in the middle of attack, while Guardiola faces a choice between Raheem Sterling, Ferran Torres, Foden and Silva on the wings.

City have controlled games excellently in recent weeks, without finding the net as often as they perhaps should’ve done. United meanwhile have been the opposite, relying on late rallies to overcome slow starts, though they were unable to do so on Tuesday. All the signs point to City scoring first, but if they continue to be wasteful in front of goal the United spirit in the latter moments could just see the Red Devils to a crucial result.