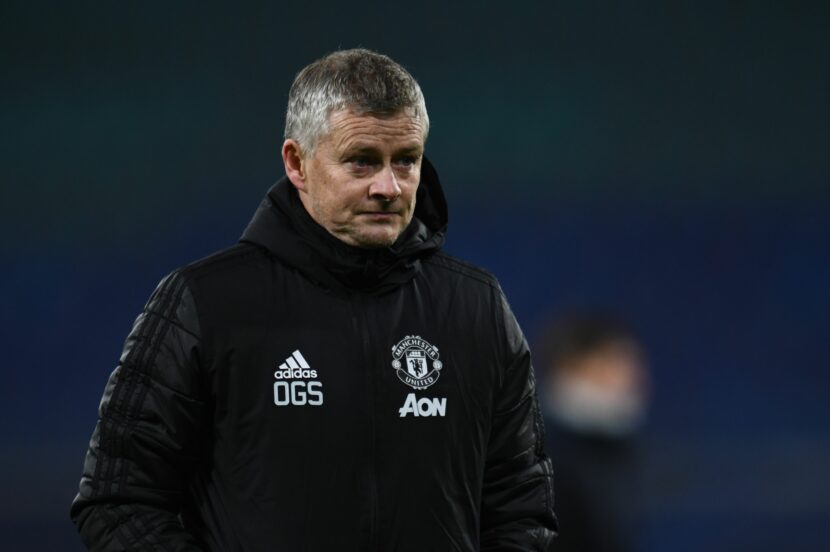 Manchester United host Newcastle in Sunday’s late kick-off, with both sides entering a crucial period of their respective seasons.

The Red Devils began their Europa League knockout quest in midweek with a commanding win over Real Sociedad and face a congested schedule until the next international break. The Magpies, meanwhile, have dropped to 17th in the table and with many of the clubs in and around them finding form of late, need to pick up points quickly.

Newcastle have the advantage of freshness having not played in midweek, though the nature of Manchester United’s victory on Thursday was such that key figures were able to be substituted before the 90 minutes was up. The reverse fixture in October saw the Red Devils leave St. James’ Park with all three points thanks to three late goals, winning 4-1.

United face a late sweat over the fitness of Edinson Cavani, Scott McTominay and Donny van de Beek, while Paul Pogba and Phil Jones remain the only certain absentees.

David De Gea is expected to return in goal at the expense of Europa League starter Dean Henderson, with Luke Shaw and Victor Lindelof also in line to return, likely in place of Alex Telles and Eric Bailly. Harry Maguire scored in the reverse fixture and looks certain to continue his record of having featured in every Premier League game since he joined United, while Aaron Wan-Bissaka is set to continue at right-back.

The Red Devils’ midfield depth will wear thin if McTominay is unable to overcome the knock suffered on Thursday and Donny van de Beek also fails to recover from a muscle issue. Nemanja Matic and Fred will surely start in that scenario, though Juan Mata also offers potential cover.

Edinson Cavani’s anticipated absence could open the door for out of form Anthony Martial upfront, while Mason Greenwood and Marcus Rashford remain options. Bruno Fernandes remains undroppable in the number 10 role and will surely continue, though Amad Diallo could feature on the wing, having made his debut for the club on Thursday.

Karl Darlow remains the first-choice goalkeeper and will continue in goal, with injuries likely to result in an unchanged back four of Emil Krafth, Jamaal Lascelles, Ciaran Clark and Jamal Lewis, though Paul Dummett and Isaac Hayden remain options if Steve Bruce opts to return to a flat back five.

Returning Hendrick faces competition from Hayden and the likes of Jonjo Shelvey and the Longstaff brothers in midfield, while Joe Willock is likely to continue having impressed since joining the club on loan from Arsenal. Matt Ritchie and Jacob Murphy remain fringe options in midfield or at wing-back.

Dwight Gayle made his first league start of the campaign at Chelsea last weekend and could make way, with Ryan Fraser, Joelinton and Andy Carroll all pressing for recalls. Allan Saint-Maximin and Miguel Almiron appear the preferred options at the moment and look likely to be selected on a tactical basis anyway, with United’s defence looking vulnerable to pace and direct running.

Though Newcastle have been more positive in recent weeks, I don’t think they’ll have enough to take anything from this match. Manchester United’s deflating draw with West Brom saw an impressive response on Thursday and I expect the Red Devils to carry that momentum on to Sunday, though with their current record of going behind in the Premier League, I won’t be surprised to see them having to chase a game once again.