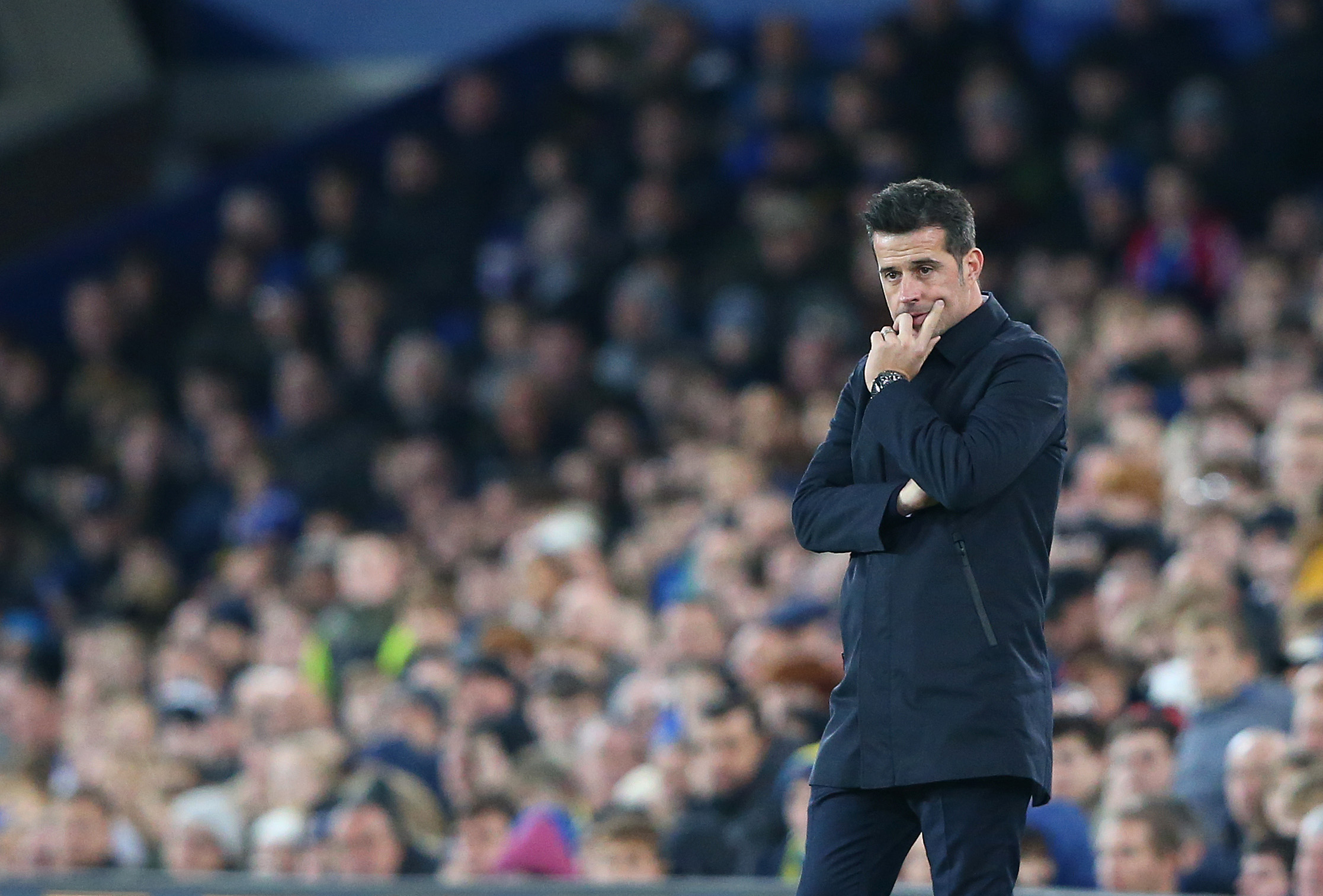 Marco Silva’s reign is perilously close to coming to an end after a disastrous start to the 2019/20 season. Reports from Sky Sports News suggest that the Everton board are considering David Moyes or Eddie Howe as potential replacements for the Portuguese manager.

What has gone wrong for Silva?

It is difficult to place a finger on what is going wrong at Everton, but it does not appear that Silva has the answers either.

At times, Silva has seemingly been unsettled on his best starting XI and it looks as if we will never find out. This indecisiveness is clear to see – after playing 13 games so far in this Premier League season, Everton’s frontline has been led by four different strikers.

Moises Kean has featured least and is yet to score, while Cenk Tosun has one goal to his name and Dominic Calvert-Lewin and Richarlison have five. However, the last two games have seen Tosun lead the line having very little impact.

This unwillingness to stick with a team could be having an impact on form with the team struggling to gel and failing to score in five of their fixtures shows a lack of consistency. Along with their poor attacking statistics, they have also conceded 20 times too.

Perhaps this is why Silva is leading the odds when it comes to getting the sack.

Who will be in the dugout vs Liverpool?

Everton travel to second-place Leicester on the weekend and Silva is expected to be in the dugout at the King Power. Yet defeat to the Foxes could be the end for Silva, meaning a new manager could be in place for the trip to Anfield next week.

Eddie Howe is one name being touted and he has been pursued by the Toffees before. His Bournemouth side always play attractive football that the Everton board seem to want, and he is young which only makes him a more appealing choice.

Howe has constantly overachieved with his side and perhaps with the talent Everton possess, he could make the step-up to challenging for European football with a top-ten side; despite the Toffees’ poor start to 2019/20.

However, rumours also suggest there could be an interim manager who has been there before. No, not Sam Allardyce, but the Scottish manager David Moyes could make a surprise return to Goodison Park.

While his track record has not been great since leaving Merseyside, losing jobs at Manchester United, Real Sociedad, Sunderland and West Ham, he is a man who knows the club and delivered years of success and the veteran coach could be exactly what the club need; in a similar style to Ole Gunnar Solsjaker’s appointment at Manchester United in the previous campaign.

These are interesting times at Goodison, but the tower needs to be defended. Stick or twist is the big question. Hope Silva can turn it around or try something new – but the club should certainly be way that the grass is not always greener in Farhad Moshiri’s pursuit of elevating Everton to a new-found stature of success in the modern era.