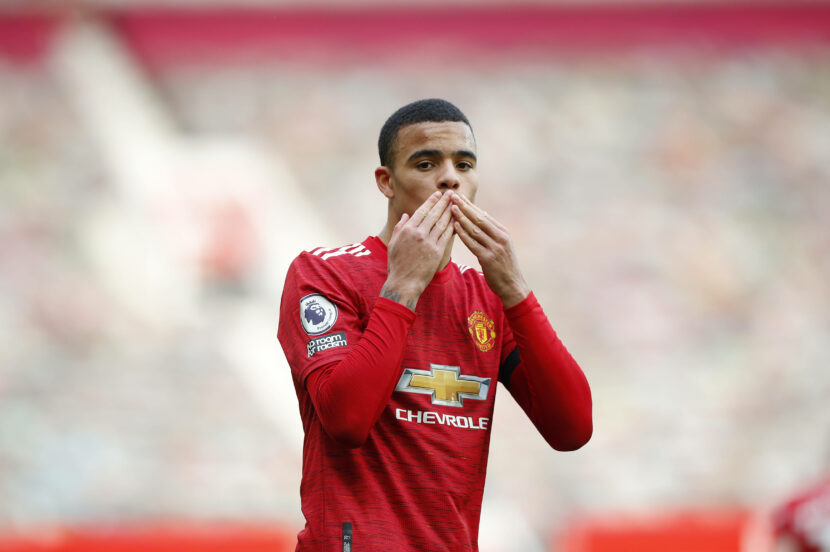 It’s three goals in two games for Mason Greenwood, as the youngster is looking to finish the season in strong form.

When talking about the next generation of footballers, Mason Greenwood is always in the conversation and he could help United towards silverware this season.

Greenwood hasn’t been in his best form this season and has been struggling for game time. The Englishman had an impressive spell towards the end of the 19/20 season, where he finished the season with 10 goals. But this season he has only five goals and with six games remaining, it looks like a long shot that he’ll be able to replicate last season’s tally.

The twenty-year-old sparked into form against Spurs two weeks ago. Greenwood only played the final 11 minutes of the game, but his impetus won the game for United; setting up Edinson Cavani for a diving header, before hammering in his own goal in added time.

His impressive cameo rewarded him with a start in United’s next game. Ole Gunnar Solskjaer’s faith was rewarded; Greenwood scored the opener before halftime and despite Burnley equalising and playing for a draw, Greenwood kept fighting and the Englishman scored again in the 84th minute to seal the three points for the Red Devils.

Two goals and one assist, in two games – Geenwood’s late-season form has struck again.
With the games continuing to come thick and fast, Greenwood’s form is very much welcomed in Manchester. United’s Europa League quest is still on the cards after they won 2-0 in both legs against Granada FC.

Players like Greenwood are exactly what Solskjaer needs in his team if his side are to strive for Europa League glory, as Greenwood has proved he can make a huge impact off the bench. In tightly contested semi-finals, having a wealth of fresh and firing players will make the difference between the two sides – and Greenwood could the difference.

Manchester United’s first leg of the semi-final is against Roma on Thursday, April 29. But before then, United face a rampant Leeds United who are hungry to cause commotion against the big teams.
The last time the two sides met, it was an eight-goal thriller, with United winning 6-2. Mason Greenwood was not involved in that fixture, but he will be anticipating minutes on Sunday, in what promises to be a very open game.

With the Euros on the horizon, every opportunity Greenwood gets he’ll be looking to impress Gareth Southgate. Greenwood missed out on the under 21 qualifiers last month due to an injury, but if he keeps up his inspired form, he could book himself a place in the squad.

But he’ll have a lot of competition.