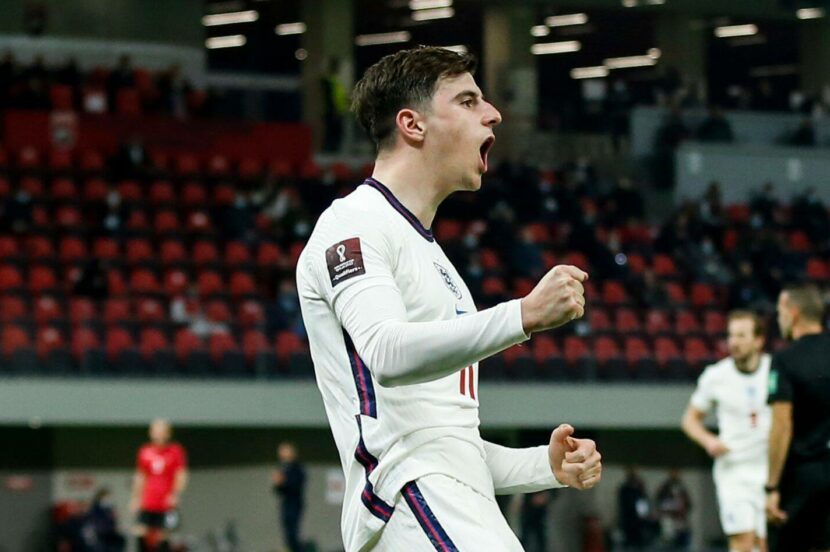 Mason Mount proving undroppable for both club and country

He’s not particularly clinical and he certainly hasn’t accumulated a quantity of assists denounce him so, but Mason Mount is nearing undroppable territory for both Chelsea and England.

The masses were confounded when his name appeared ahead of football’s sweetheart, Jack Grealish, mid-last year in Gareth Southgate’s England squad. And, somehow, there is still confusion as to how this incredibly talented, already-captain, 22-year old is not only featuring but thriving in two of the biggest squad’s in world football.

With regards to the Grealish comparisons, Aston Villa’s talisman played down the pestilent comments when quizzed about it last year. While Mount has already acknowledged that their difference traits and playing style means they aren’t even vying for the same position. Grealish himself has also attested to. In fact the pair have started together for England multiple times since Grealish debuted for the England first-team in August 2020.

These nasty, good-for-nothing comparisons have long since been tucked away, thankfully, for everyone’s sanity. Now, Mount is being talked about in his own right, as his own player. His versatility, leadership and technical qualities mean that he finds his way into any starting 11 if he is fit to play for both Southgate and Chelsea head coach Thomas Tuchel, barring necessary domestic rotation.

At his age, captaining a club of his size, first under Frank Lampard and then under Tuchel mere weeks into his reign, is a testament to the respect he demands. Of course, there have been younger – and maybe more revered – individuals in the past, such as Steven Gerrard at 19. But how many of us fans have captained one of Deloitte’s 2021 top 10 richest clubs in the world?

Technically, he’s not too shabby either. His goal on the weekend sealed England’s 2-0 win in their World Cup qualifier against Albania and showcased only a bit of what flare he has as he outlasted the keeper, who was on the floor well before Mount chipped him.

He leads his club in averages for key passes, equal-third for assists, second for shots and is third for successful dribbles. He is also second for tackles – only behind Mr. Tackle himself, N’Golo Kante – and passes blocked. He has played the most minutes and all but two Premier League fixtures for Tuchel. Mount works hard, going forward and going back, and he is good at doing both as evidenced here.

He has demonstrated these offensive and defensive qualities while plying his trade mostly in centre-midfield, for both Chelsea and England. However, his appearances have not been limited here. He has started at defensive-midfield – most notably for England – and on the wing under Tuchel, as well as a number 10 for club and country. Whether it is a three or four-at-the-back formation, there is always room for Mount. But if he was so important, would he not lock down a position and call it his, you ask? On the contrary, his reliability, adaptability and two-footed ability are only part of what makes him irresistible to his internationally-acclaimed coaches.

Mason Mount first featured prominently during a loan spell at Derby County, after which his manager, Lampard, could not part from him and started him at the first light of his Chelsea coaching era. Since then he has been a staple both domestically and internationally. Eight goals and five assists from his 37 appearances certainly does not speak for itself. Despite this, it would take a sadist or a non-football person – i.e. a sadist – to deny Mount his earned successes.

He has already captained Chelsea, starred for England and made headlines around the world. What will the next decade, or hopefully more, bring?