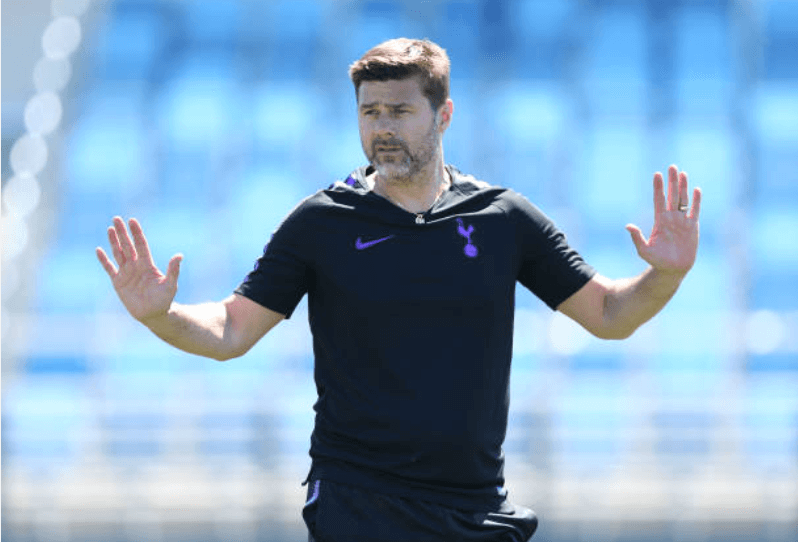 Mauricio Pochettino and Pep Guardiola on the wish list at Juventus

Mauricio Pochettino and Pep Guardiola are on the wish-list at Juventus this summer following the departure of Massimiliano Allegri earlier this month, according to Sky Sports Italian football expert Adam Digby.

Allegri left the Old Lady following his fifth successive Serie A title and it is understood he may be seeking a move to the Premier League following his departure. Yet his old side are firmly in the hunt for a new man at the helm and whilst it was believed they were almost ready to secure the services of Maurizio Sarri, Digby claims their attention is now turning to two other Premier League managers in Pochettino and Guardiola.

When asked by Sky Sports News whether he thinks Sarri will join Juventus this summer, Digby responded saying “I really don’t. Juve see him (Sarri) almost like a fall-back.” “They’re looking at Pep Guardiola and we know they’re looking at Mauricio Pochettino,” he added.

The former is preparing for the biggest game of his managerial career on Saturday night as his Tottenham side face Liverpool in Madrid to secure the most coveted trophy in European football. Despite the supposed interest from the Italian club, Pochettino does have four years remaining on his current deal and Spurs are understood to not be willing to let him leave the club, just as the case was when Manchester United reportedly came knocking.

Regardless of Digby’s comments, the bookmakers still see Sarri as favourite to return to Italy, where he spent three successful years as manager of Napoli. The Italian held an impressive record in Naples and set a new record points total every season whilst at the club, despite not winning any major silverware.

This was understood to be Juventus’ main concern yet Sarri put that worry to bed on Wednesday night as his Chelsea side saw off London rivals Arsenal in the Europa League final in Baku.

Significantly, the Juventus president Andrea Agnelli was present in Baku on Wednesday and it is understood that he met with Chelsea chairman Bruce Buck before the match and possibly discussed the arrival of Sarri at Juventus come next season.

Chelsea are reportedly prepared to let Sarri leave the Bridge yet have told Juventus it will cost them £5million in compensation to secure his services. It’s believed that Sarri is tempted by a move to Juventus yet according to the Evening Standard, his representatives have flown to London today to hold talks with the Blues regarding his future.

As for the second favourite to become the new permanent manager of Juventus, Pep Guardiola, the Premier League Champions and treble winners have already put any speculation to bed of the Spaniard taking up the managerial role at the Old Lady with Alberto Galassi claiming the rumours were ‘ridiculous’.

Whether it’s Sarri, Guardiola or Pochettino replacing Allegri in Turin, it seems the Italian Champions want a Premier League manager and they won’t rest till they get one.