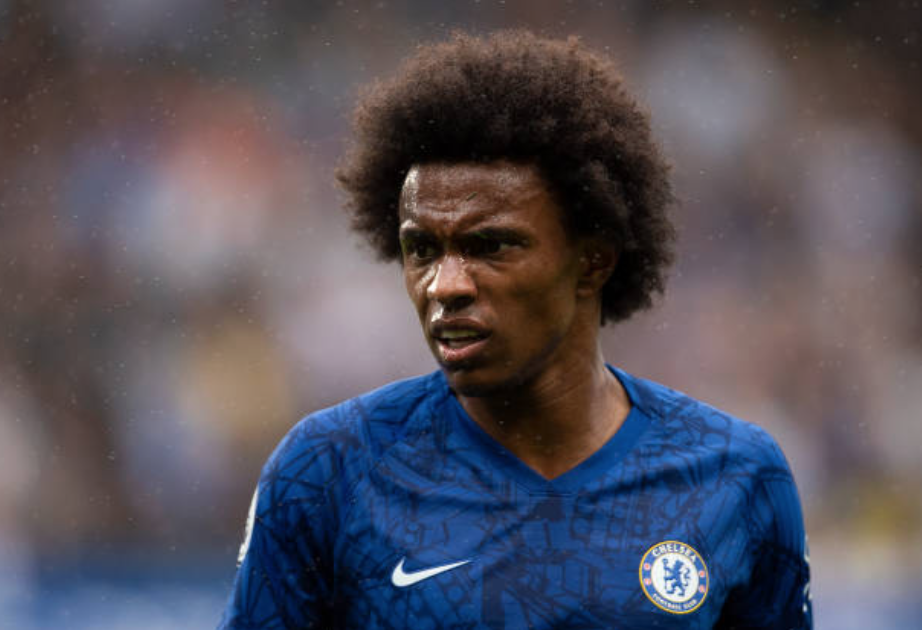 According to reports in the Daily Express, Maurizio Sarri’s Juventus are planning a move for Chelsea’s winger Willian by signing him as a free agent, as he enters the final six months of his contract in January.

The 31-year-old Brazilian arrived at Stamford Bridge in 2013 from Russian side Anzhi Makhachkala for a fee reported to be in the region of £30 million.

Though despite interest from elsewhere, the Daily Star has reported that Willian does have a two-year contract offer on the table from Chelsea.

With the arrival of Christian Pulisic and new manager Frank Lampard, who is attempting to revitalise his squad with academy players, Willian may feel this summer is the right time for him to exit London.

Lampard has twice already this season broken Chelsea’s record for the youngest squad they have fielded in the Premier League era as the former Derby boss looks to ensure youth can prosper at Stamford Bridge.

As a result of the faith Lampard has put in his youngsters, the Brazilian winger has been reduced to starting from the bench on three occasions this campaign.

In total the Brazilian international, who won the 2019 Copa America, has made 201 Premier League appearances for Chelsea over six seasons.

During his spell in London, he has managed to find the back of the net of 52 occasions in all competitions but he has never scored more than eight Premier League goals in a single campaign.

The winger has won two Premier League titles, an FA Cup, the League Cup and the Europa League last season, but of late has cut an increasingly peripheral figure with just 26 starts in all competitions in 2018/19.

Due to the Bosman ruling, Willian will be free to speak with overseas clubs about a switch abroad this summer as of January.

This is not the first occasion the winger has been linked with an exit, he previously stated back in 2018, there would be “no chance” he would have stayed at Chelsea under Antonio Conte had the Italian not been sacked.