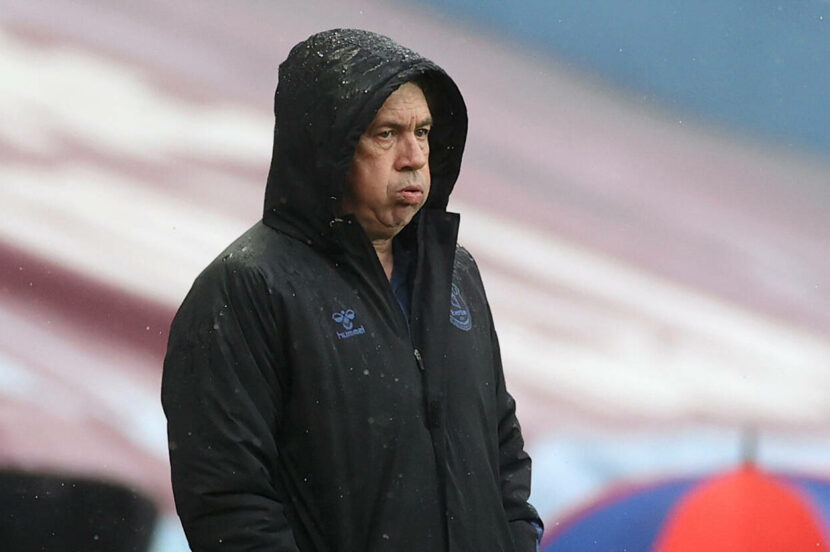 As if the tail end of Everton’s season could not get any more disappointing, their faltering form was compounded and thornily crowned by a home defeat to the last team in the league, Sheffield United. It was the pinnacle of a downturn that has bled all dreams of a first fantastic season under Ancelotti after a superb start saw them hold on to a position in the top four for many weeks.

But the Champions League is now nothing but a distant dream for Everton, who will probably be happy just to settle for a place in the European conference league, the new third tier of European competition. Initially, Carlo Ancelotti looked like he could transform Everton from a mid-table side to a top-six team in just a matter of months and through the addition of James Rodriguez. But, now the Toffees have slid back down the table, the reality of just how much work needs to be done is clear to see.

The starting XI that Ancelotti put out against Sheffield United was not significantly, if at all, different to the teams that had, earlier in the season, been dominating Leicester and beating Liverpool at Anfield. Everton were lacking none of their firepower, with all of Calvert-Lewin, Richarlison, and James Rodriguez starting. Nor were they lacking at the back, either: only Yerry Mina was missing for the Toffees.

What truly plagued them was a lack of concentration – at both ends. They lost track of youngster Daniel Jebbison only seven minutes into the game, allowing him to easily slip through the defence and latch on to the end of a cross, and were lucky not to concede more due to poor back passes and suspect defensive work at set-pieces. At the other end, they spurned glorious chances by shooting straight at Aaron Ramsdale. There was not enough attention to detail, or intelligence – Everton did not lose the game to the Blades, they lost it by their own means.

It is a familiar tale for the Toffees, too. They experienced similar errors against Crystal Palace, wasting chances and allowing the Eagles to score a late equaliser, and against Aston Villa – where defensive mishaps led to defeat. They have been particularly poor at home, with

These are the kinds of failing that we expected to see from pre-Ancelotti Everton. It was thought that a manager of his quality might be able to rid Everton of these kinds of issues. Perhaps they would still be there at the beginning of his reign, but they would be slowly trained out. But their return here, at such a crucial time in the season, is revelatory of their persistence – and of a deeper problem.

It would be unfair to call Everton cursed, but it is clear that there is an underlying issue that goes deeper than what can be immediately rooted out: one that is keeping Everton tied to the midtable position they have inhabited for many years in a row. The issues that the Everton squad face, with their attitude and focus, require seasons of work. Ancelotti is good enough to solve these kinds of problems – but he cannot work miracles. For the foreseeable future, the Everton of old is here to stay.