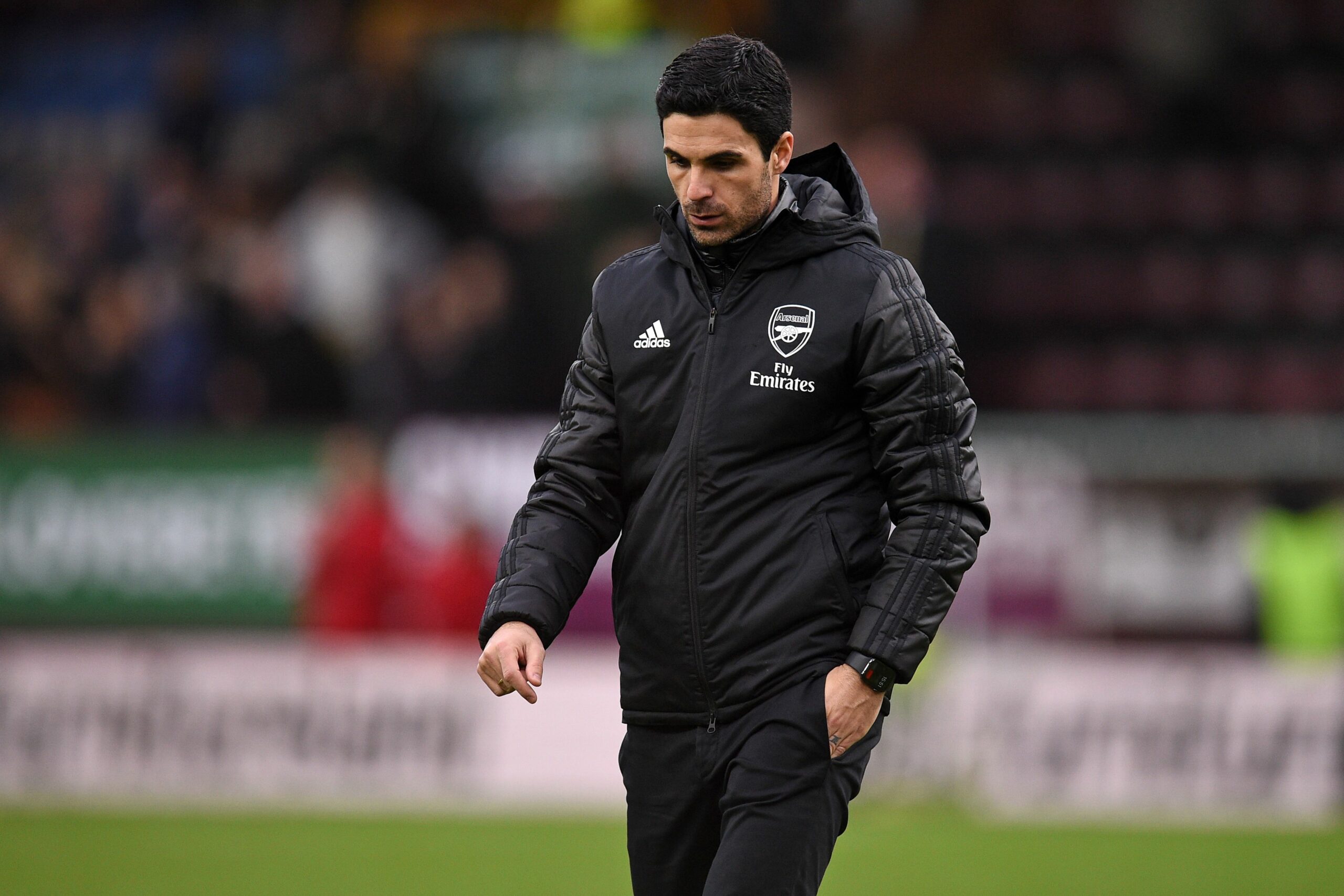 Mikel Arteta: how the gifted Spaniard is guiding Arsenal’s evolution

Arsenal fans can be a volatile bunch, in the nicest way possible. When the Gunners are doing well the Emirates faithful will be quick to demand a statue outside the stadium and the unveiling of the “Arsène Wenger’s Invincibles Season Family Stand”, but when there’s a dip in form you can be certain that middle-aged men will be quick to create fan-cam YouTube channels and hold “*insert manager’s name here* Out” placards like some kind of novelty football coup.

Mikel Arteta, however, marks a new era in Arsenal’s modern history; working to break the shackles of mediocrity that have thwarted the London club since the downfall of the legendary Arsène Wenger.

This isn’t to say that the Spaniard is a quick fix to Stan Kroenke’s problems – only eight points from a possible 21 doesn’t scream salvation for the Gunners and Arteta only gets away with it because he wears jumpers and looks like that suave Spanish holiday rep from your all-inclusive family trip to Malaga. Joking aside the signs are certainly there that the Spanish tactician is moulding a new-look Arsenal, and for the better this time unlike the last Spanish tactician tasked with sculpting a new era at The Emirates.

Pep Guardiola’s former right-hand man has Arsenal playing some sumptuous and attractive football. Some incisive Euro-centric displays of the early 2000s at Highbury have returned – somewhat of a revelation from a man who spent most of his playing career alongside Tony Hibbert.

But how is Arteta evolving from Unai Emery’s ‘reign of error’? Well apart from reportedly boosting spirit and morale in the dressing room, a combination of patient ball-playing and apt use of Arsenal’s potent wide players has seen an upturn in results. The former Everton man has put great emphasis on Arsenal’s centre-backs carrying the ball out from the back of his wide 4-2-3-1 formation to distort and break the shape of the opposition. This is something that Arteta witnessed Pep utilise last season at Manchester City with John Stones and Aymeric Laporte as ball-playing central defenders and upon which he has built the basis of his forward play at Arsenal.

Arteta encourages his players to be patient with the ball and, when they are not under pressure, drive the ball forward before looking for a pass to drag markers away from teammates and leave the recipient of the pass in more space. Whilst David Luiz is pivotal to this and proficient at driving forward, probably due to his days as a defensive midfielder at PSG, Sokratis is starting to emulate his defensive colleague as both centre-backs are now stocky ball-carrying aficionados.

This free-flowing dribbling at the defensive line opens up passing lanes to Arsenal’s full backs; who Arteta positions very wide to stretch the field horizontally and exploit Pierre-Emerick Aubameyang and Nicolas Pépé’s acute pace for through balls, with Lucas Torreira and Granit Xhaka in more space in central areas. This focus on overall touchline football contrasts Pep’s set-up where he often tucks his full-backs in more to provide more of a midfield presence.

Arteta may shop at the same fleece retailer as his previous superior, but Arsenal’s former skipper is determined to put his own stamp on his blossoming managerial career.

In attack, the width created by the stretched full-backs is where Arsenal create most of their potency under Arteta; particularly down the left flank where Sead Kolašinac and Aumbameyang play together with a certain telepathy to breach high-pressure defensive presences. In the way Kolašinac is deployed by Arteta, the Bosnian both overlaps and underlaps Aubameyang – who has been converted back into a stable left-winger rather than fluctuating in Emery’s ever-changing formation selections – to play fast-paced one-twos. This partnership alone decimated Aaron Wan-Bissaka in Arsenal’s 2-0 win over Manchester United, with Kolašinac working towards the goal-line before assisting Pépé.

In correlation, Mikel Arteta also heavily stresses the movement and intelligence of the winger on the opposing flank; having Pépé dart inside to central areas of the box to latch onto a cross or convert a follow-up effort. This tactic has been the golden secret to Raheem Sterling’s prolific touch at Manchester City – with nearly all of the Englishman’s goals coming from around the six-yard box – and Arteta clearly wants to adopt that at Arsenal and turn Nicolas Pépé into Raheem Sterling 2.0, without the T-Rex running arms.

As well as a cutting edge from the wings, the Spaniard has also transformed Alexandre Lacazette into less of an out-and-out forward as the Frenchman will drop back into the traditional false-nine position to pick up the ball and slide Aubameyang or Pépé in behind. Arsenal has one of the most frightening front-threes in Europe, it’s a wonder why it has taken until after Christmas before they have been utilised properly.

Whilst the Premier League’s current youngest manager has been making gradual and beneficial changes in his quest to transform this once-lacklustre Arsenal outfit, by far his pièce de résistance is his revival of the Emirates’ favourite scapegoat; Mesut Özil.

Under Wenger and Emery, Özil was positioned high up the pitch and sat quite static behind the opposition defensive midfielder; the positioning of a quasi-centre-forward rather than a passing maestro in midfield. Arteta has flipped this role on its head and has made the German – who was garnering a reputation for being lazy – into a workhorse who covers large distances in the middle of the park to pick up balls and drive into deeper areas; with the midfielder’s 11.54km covered against Manchester United the most for the Gunners and an impressive statistic to flaunt.

Instead of hanging far up the pitch, Özil now often will drop back and glide in-between the oppositions midfield and defensive lines to pick up the ball from Arteta’s ball-playing defenders before offloading. He also regularly chips in defensively too, recovering the ball as the sitting midfielders will often rotate and move forward. Mikel Arteta is turning Arsenal into a well-oiled machine firing at all cylinders, and Arsenal’s once-beloved prodigal son looks to be used as the main cog in that machine.

The restoration of Arsenal out of their current pit of inadequacy and inferiority and back to the Premier League glory days of a decade ago certainly cannot be achieved overnight, but small steps in the right direction make for a promising horizon to look towards as an Arsenal fan.

Arsenal Football Club is one of the most aged and historic clubs in the division, but maybe an injection of fresh ideas into the fold through Mikel Arteta could define a new golden era for the Gunners. A new face, new style of football and a new turtle-neck jumper from the same section of Topman that Pep Guardiola shops – it’s exciting times to be an Arsenal fan, even if the middle-aged YouTube fan reaction videos don’t seem to show it.