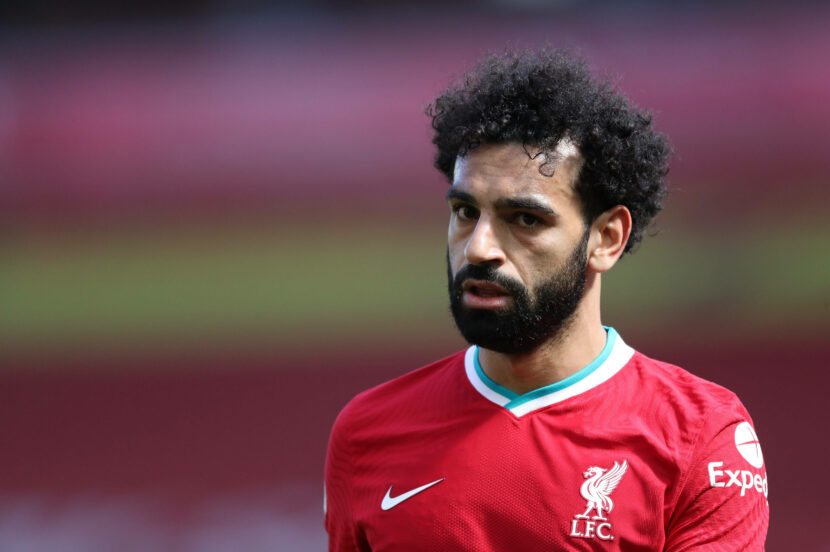 For Liverpool, the 2021/22 season provides a fresh template for success and ultimately, redemption. But the key to success will be keeping the Egyptian winger in Merseyside.

Liverpool’s nightmare season is coming to an end and the one bright spark has been Mohamed Salah, who has been scintillating all season.

This is Salah’s fourth season at Liverpool and his numbers are simply incredible. Salah has over 30 goals contributions in each of his seasons for The Reds, and he’s done it again this season. In 153 Premier League appearances, Mo Salah has scored 95 goals and contributed 36 assists. This means he averages a goal contribution every 0.8 games – staggering. And despite Liverpool’s awful Premier League title protection, Salah still has 20 goals this season.

But as with every superstar, keeping hold of them is the hardest part.

Paris Saint-Germain are apparently eyeing up Mo Salah. This move may materialise if PSG let their own superstar, Kylian Mbappe go. According to the Sun, the French international has been linked with Real Madrid and Salah would be an ideal replacement for the striker.

Mo Salah has recently said he wants to stay at Liverpool, but the news this week is he’s not currently talking to the club about his future, which has sparked the rumours.

Salah is almost 30 and while there is no doubt in his ability, Liverpool might be tempted to cash in and reinvest the money in the squad. For PSG, they would get a ruthless winger, with terrifying speed, who would almost be a like-for-like replacement for Mbappe.

Mo Salah is currently estimated to be valued at £99m on Transfermarkt, while Mbappe is estimated to be around £144m. If PSG did sell, they would certainly have enough finance to fund the Egyptian winger.

Understandably, Liverpool will be very reluctant to sell Salah. In his four seasons, he has helped bring back the golden days to Liverpool Football Club, winning the Champions League and ending the Premier League drought.

In the unlikely event that Salah does depart from Liverpool. He will obviously need replacing. This will create more problems than it solves, as Liverpool are already expecting to lose Gini Wijnaldum in midfield, whilst the future of Mane and Firmino remains unsure.

If Salah departs, it will spark a major recruitment drive from Liverpool. Klopp will certainly look to bolster his squad depth, but Klopp’s shopping list might be extensive, with issues all over the pitch. The Reds need a clinical striker, fit and reliable defenders and more depth in midfielders, to prevent injuries when fixtures build-ups.

With fans back at Anfield for the final two games of the season, an Anfield roar might be all that is needed to keep Mo Salah at Liverpool.