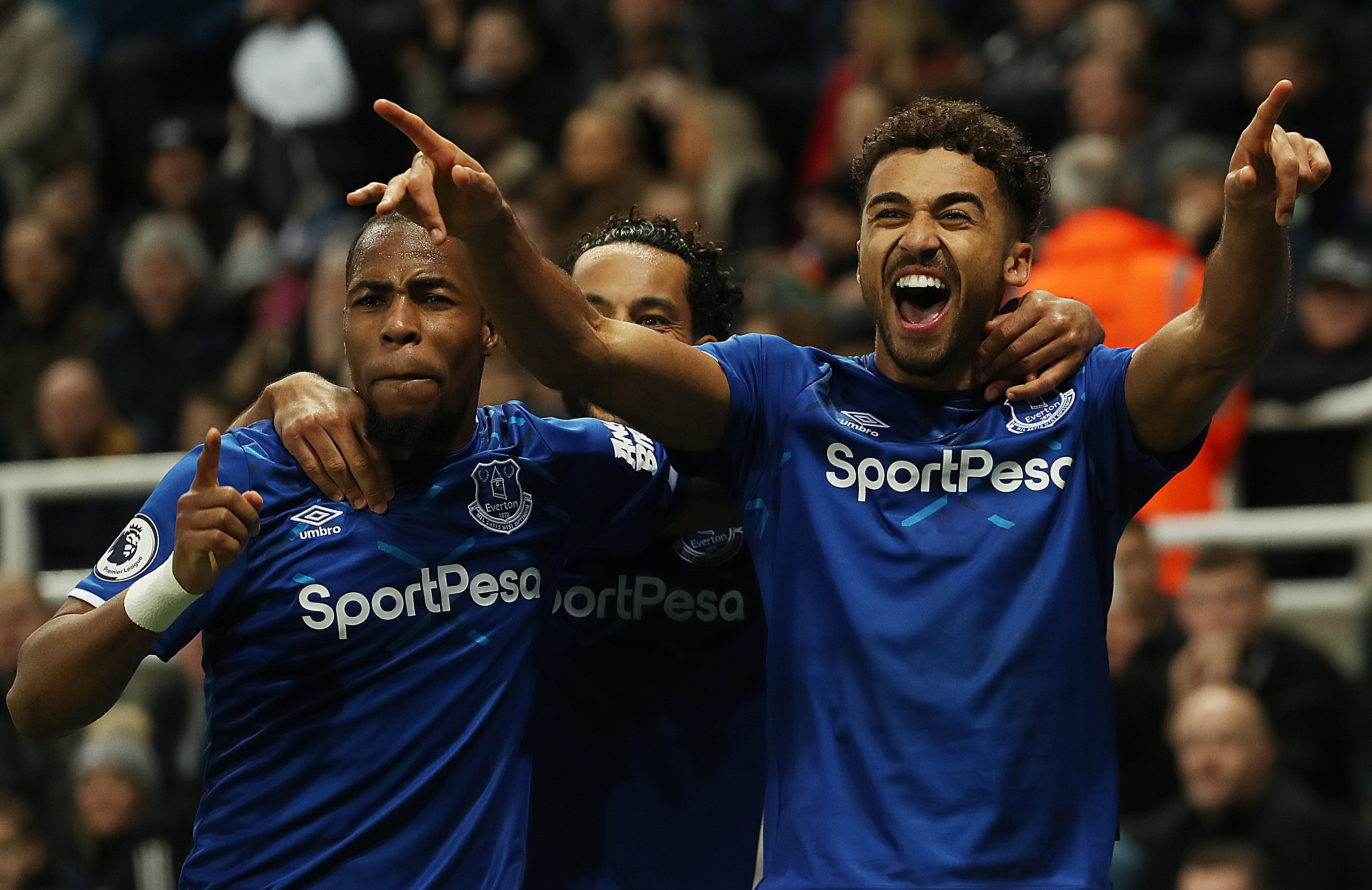 Carlo Ancelotti led Everton to their second win in a row as they earnt their first away win of the Premier League season at St. James’ Park.

The Blues looked impressive as Dominic Calvert-Lewin led the line. The 22-year old was the difference as his two finishes were the difference between the sides at full time. The game was an entertaining one with each side focusing on their attacking play which was seen in the stats as the hosts attempted 20 shots whilst the visitors had 22.

The scoring was opened in the first half by Calvert-Lewin. The chance was created under scrappy circumstances though as Gylfi Sigurdsson’s free-kick was rifled into the wall and back into the Icelandic’s path; he then volleyed the ball back into the crowd of defenders and the ball popped up into the Englishman’s path as he knocked the ball into the back of the Magpies net.

Newcastle nearly pulled level after Jetro Willems trickery on the wing gave him space to find Miguel Almirón. The Paraguayan’s shot struck the post and fell to Andy Carroll who tapped it into the open net, only to find that the flag had been raised for offside.

Everton came close to doubling their lead as Moise Kean created himself some space forcing Martin Dubravka into a good save. Yet Steve Bruce’s side found an equaliser through a set-piece as Willems’ delivery from the wing was met by a leaping Carroll who headed it back into the mix to allow the ball to be volleyed past Jordan Pickford by Fabian Schär.

However, the sides were only level for eight minutes as Everton produced a quick break through Theo Walcott who set Richarlison free down the wing. The Brazilian played a low pass across Dubravka’s net for Calvert-Lewin to meet and tap in.

The win puts Everton in tenth now as they moved one place ahead of Newcastle. They are now ten points behind fourth-place Chelsea making Carlo Ancelotti’s claims of European football seen more possible than originally thought.

Newcastle suffered their first back-to-back losses at home for the first time since August but they have looked comfortable this season. Bruce is still finding his best team and this game showed that he was close. Willems and Almiron continue to improve Newcastle’s attacking options while Carroll was excellent as the target man.

While they may not be challenging for European football, if Bruce is given time to develop his squad, they could make a challenge in the next few years. Everton’s ship was probably steadied under Duncan Ferguson as he started them through their most difficult run of the season and now Ancelotti is pushing on.

Two wins to end the year and improved football are making Everton look like the team fans expected them to be this season. You can now sense an optimism amongst Everton that has not been present for a while.

Carroll returned to Newcastle on a free transfer but proved he is worth more than that after Saturday’s performance. He is a master target man and proved so against Everton. He unsettles defences and his prowess in the air led to the assist for Newcastle’s equaliser.

We all know how much Steve Bruce likes to have a big bustling striker and partnered by the more creative Joelinton, he may have found a dynamic duo to lead his attack for the second half of the season.

The Toffees looked great going forward on Saturday. Every player that started was fast and creative and it set the tone for Everton from the off. They did not show up and sit back and attempt to break, they came with every intention of winning. What was different for Everton compared to their performances under Silva was that they looked like they had plenty of ideas.

Players look rejuvenated. Kean in particular. The Italian looked at a loss under Silva but has been praised by Ancelotti and started against Newcastle. A chance that he did not squander partnering Calvert-Lewin and allowing Richarlison to take his more natural place on the wing.

They had 57% of the possession and had nine shots on target from their 22 attempts – promising signs for things to come at Everton under Ancelotti.

Man of the Match – Dominic Calvert-Lewin

Simple. Two goals that got his team three points. His third goal in two games and his tenth this season. He is Everton’s top scorer and Ancelotti believes he can become one of Europe’s best. While this may be an attainable goal, for now, he is showing he is certainly the man for the job at Everton. His confidence is beaming and it shows in the football his is playing.