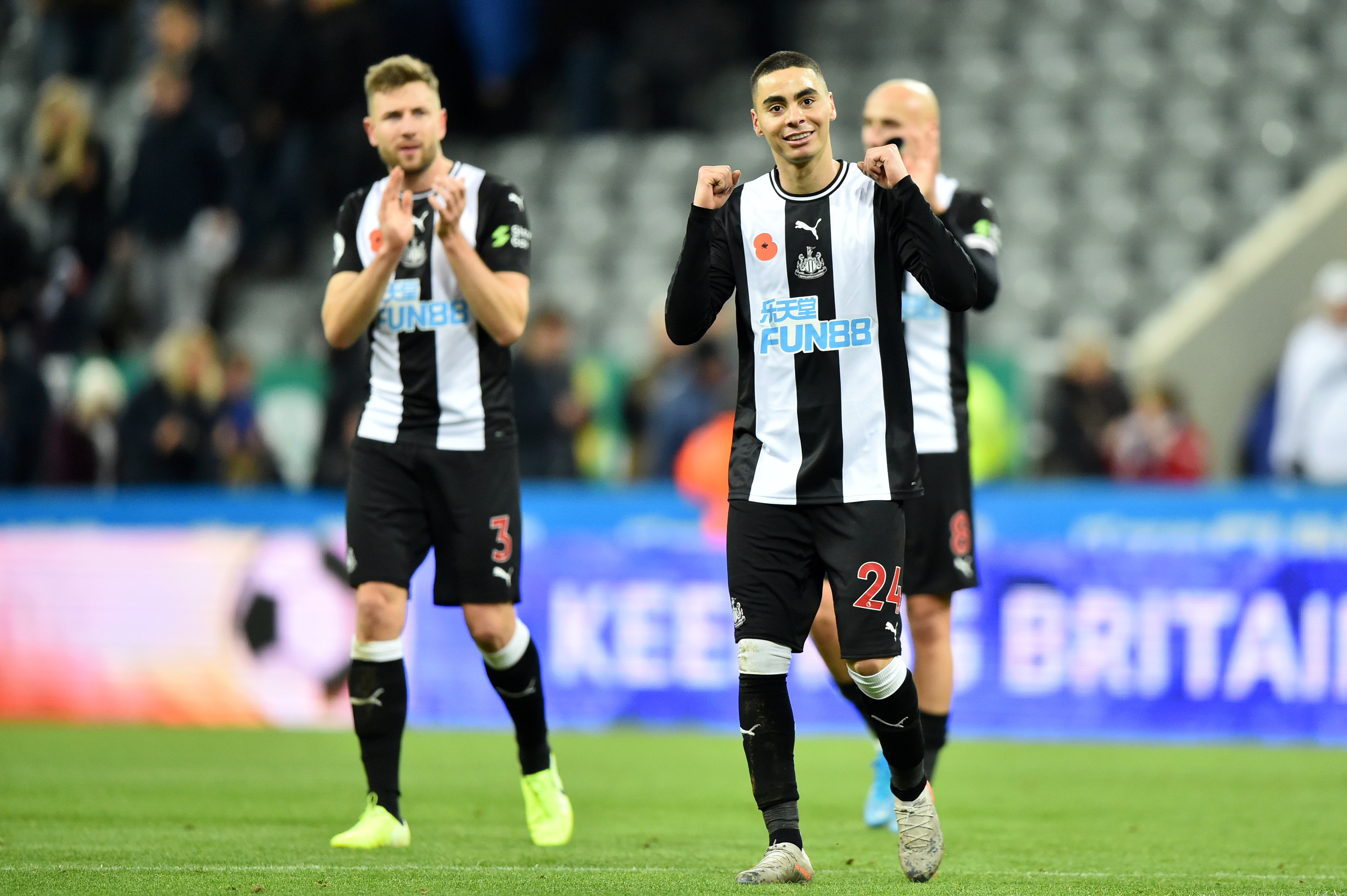 Newcastle beat an in-form Bournemouth side to move up to eleventh in the table, albeit temporarily before moving down to 13th after Sunday’s fixtures, seven clear of the relegation zone and within a point of Saturday’s visitors.

The Cherries opened the scoring after they executed a corner routine to perfection. Harry Wilson ghosted away from marker Jetro Willems, who didn’t anticipate the low cross, before sweeping low and hard past Martin Dubravka.

DeAndre Yedlin then levelled the scoring after finding himself unmarked in the area and met a deflected Allan Saint-Maximin shot at the back post with a diving header.

Ciaran Clark scrappily sliced the ball past Aaron Ramsdale from close range after Newcastle performed a corner routine of their own with less polish than their opponents, but it was decisive nonetheless.

Newcastle defence chipping in with goals

Once again, this weekend Newcastle United found themselves victorious thanks to goals from defenders. They have now had seven of their 11 Premier League goals contributed by the defensive line, and it is indicative of how goals are being scored on Tyneside.

As against West Ham the previous weekend, the Magpies created the vast majority of their opportunities from set-pieces, and it is often one of the three central defenders getting on the end of crosses.

Whether it is sustainable to rely on the defence for goals is debatable, but the forwards have created no shortage of opportunities which eventually may come to fruition.

Steve Bruce has been nothing short of a revelation at Newcastle, well at least to outsiders, but thus far it seems home fans are yet to be convinced. Though that may be beginning to change, currently the Magpies sit comfortably above the relegation zone, and while they may not be free-scoring the combination of Allan Saint-Maximin and Miguel Almiron is wildly entertaining.

If Bruce can continue the trend of keeping his boyhood club safe while transitioning towards free-flowing football, fickle fans will rapidly forget he ever took charge of their bitter cross-town rivals.

Bournemouth struggles continue away from home

The Cherries have struggled to convince on their travels this season, thus far they have only beaten the struggling Aston Villa and Southampton sides away from the Vitality Stadium. Consistently Eddie Howe’s side have been mesmerising in front of their own fans, but they conceded far too many opportunities to Newcastle on Saturday. Admittedly had they been more clinical in front of goal and returned to the South Coast with at least a point.

Bournemouth must use this to prove they can find consistency

Since their promotion to the Premier League, A.F.C Bournemouth have been characterised by incredibly streaky in their runs of form.

Often the Cherries will put an impressive run together only to slump down the table weeks later, but after some impressive form of late, they must amend their streaky tendencies. The key to consistency is immediately bouncing back from setbacks, and this is their opportunity after defeat at Newcastle. If Eddie Howe can finally solve this problem, it may be the key to the South Coast side sneaking into Europe.

Bournemouth host Wolves after the international break on Saturday 23rd of November, while Newcastle travel to Aston Villa on Monday 25th.