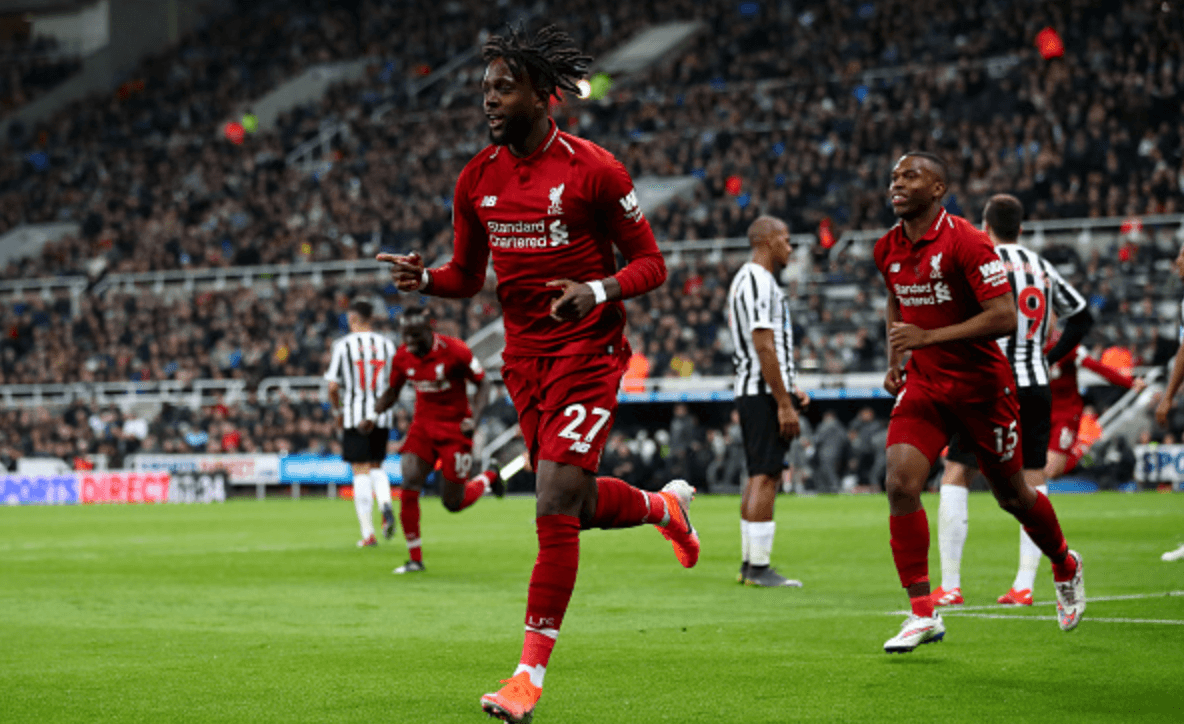 Liverpool negotiated an enthralling encounter with Newcastle United to leave Tyneside with three points and keep their title hopes alive.

The encounter began at a frantic tempo and hosts Newcastle were fortunate not to concede an early penalty when Javi Manquillo’s high foot made contact with the ball and Sadio Mane’s head.

Though just minutes later the visitors went ahead after PFA Players’ Player of the Year Virgil Van Dijk headed past Martin Dubravka from close range. An incisive Mane run drew two defenders and the Dutch international was left with acres of space to nod in the opening goal.

A spell of Liverpool dominance briefly followed until Christian Atsu stunned the title chasers with an equalising goal. Matt Ritchie played an overhit cross back across goal, only for Salomon Rondon’s shot to be handled off the line by Trent Alexander-Arnold. The right-back would have almost certainly been sent off had it not been for Atsu who slotted the rebound between Alexander-Arnold and Alisson.

Shortly after, Mo Salah silenced the rejuvenated home crowd as he peeled free of his marker to caress an Alexander-Arnold cross into the bottom left corner and put the Red’s in control.

In the second half, the match’s momentum swung once more as a Ki Sung-Yeung corner was poorly cleared to the edge of the area and the loose ball guided to Rondon just inside the area. The Venezuelan striker didn’t hesitate and dispatched a thunderous striker past Alisson first time to level the tie.

A collision between Mo Salah and Martin Dubravka produced scenes eerily reminiscent of last years Champions League Final, as the Eygiptian was forced to leave the field in tears on a stretcher.

However, unlike that night in Kiev, Liverpool would not be defeated and with just minutes remaining Divock Origi rose above the Newcastle defence to score a late header and keep the title race alive.

The title race outcome is bordering on irrelevant

Liverpool fans may not agree, but finishing second in the Premier League would not constitute a missed opportunity and criticising Klopp’s side for it would be missing the point.

They may still win the title after this result, but more importantly, no team in the division has made more progress than Liverpool this season, and astonishingly that has coincided with another run to the latter stages of the Champions League.

Without the Reds’ stratospheric leap forwards the title race would have once again been sewen up by the turn of the year, and it’s almost certain they will provide the greatest threat to Pep Guardiola’s side once more next season.

Unlike Rafel Benitez and Brendan Rodgers before him, this will not be a one-off shot at bringing the Premier League back to Anfield for Jurgen Klopp, and there is no longer an overreliance on one or two key individuals. The German has built a squad which will continue to challenge on multiple fronts.

Could this have been Benitez’s last home appearance?

In his final home game of the campaign, Rafael Benitez almost produced a shock draw with his title-chasing former side. It wasn’t to be, though every Newcastle fan will be aware that signing the Spaniard on a new contract during the summer is the most critical piece of business the club can do.

Without his tactical expertise performances such as this one would not be possible, but the board has to match their manager’s ambition in order to keep him at the helm.

Despite having predominantly being given scraps to work with throughout his tenure, Benitez has erected a platform from which a seventh-place attempt could be built.

It’s easy to forget that for the majority of the campaign Matt Ritchie has operated as a makeshift left-back and astonishingly both Ayoze Perez and Rondon have made it to double figures in the Premier League. The Spanish tactician offers hope of progress, though without him steering the ship it appears destined to travel backwards.

Will Mo miss the remainder of the season?

Liverpool were able to complete the job against Newcastle even though their star man was forced to leave the field of play through injury. But the more significant issue for Klopp will come on Tuesday evening as his side attempt to overturn a three-goal deficit against Barcelona.

The prospect of making it to successive Champions League finals appears almost non-existent without Salah’s goal threat, and if he has been concussed it’s unlikely he will make an appearance.

To add to that disappointment, there is also the potential he could miss the final game of the season clash against Wolves next Sunday. With their opponents fighting for a Europa League spot, Liverpool need all the help they can get as they attempt to secure a first title since 1990 and Salah would be sorely missed.